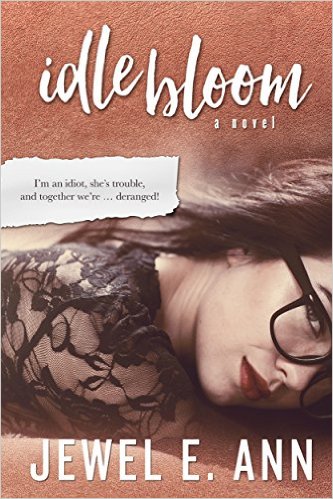 "What lies beneath my veiled perfection is the ugly truth—my truth, my reality, my destiny."

Vivian Graham has an acceptance letter into Harvard, a badass tattoo, loyal friends, ties to marijuana, a penchant for Dunkin’ Donuts, and her pesky V-card.

Everyday she takes the Red Line to her job at The Green Pot in Boston while her friends enter the coveted, black iron gates to higher learning. The ramifications from a tragic accident have put her life on hold while time marches on for everyone around her.

After graduating from Harvard Law, Boston native, Oliver Konrad, moves to Portland to start his career and his life. Three years later, after a horrific discovery, he returns home to trade in his three-piece suit for leather work boots and his suburban home for a condo in Cambridge.

All he brought back to the East Coast was an aversion to pillows and secrets he keeps hidden behind a mysterious locked door. Oliver’s days are predictable and his nights are lonely until he meets Vivian on the subway. Her long raven hair, green eyes, and mile-long legs are achingly sexy, but the way she "innocently" fingers and licks her Boston Kreme doughnut can only be described in two words—complete torture.

When their paths cross at every turn, laughter is abundant, friendship is easy, and love is unintentional. However, their future seems improbable.

Jewel is a free-spirited romance junkie with a quirky sense of humor.

With 10 years of flossing lectures under her belt, she took early retirement from her dental hygiene career to stay home with her three awesome boys and manage the family business.

After her best friend of nearly 30 years suggested a few books from the Contemporary Romance genre, Jewel was hooked. Devouring two and three books a week but still craving more, she decided to practice sustainable reading, AKA writing.

When she’s not donning her cape and saving the planet one tree at a time, she enjoys yoga with friends, good food with family, rock climbing with her kids, watching How I Met Your Mother reruns, and of course…heart-wrenching, tear-jerking, panty-scorching novels.