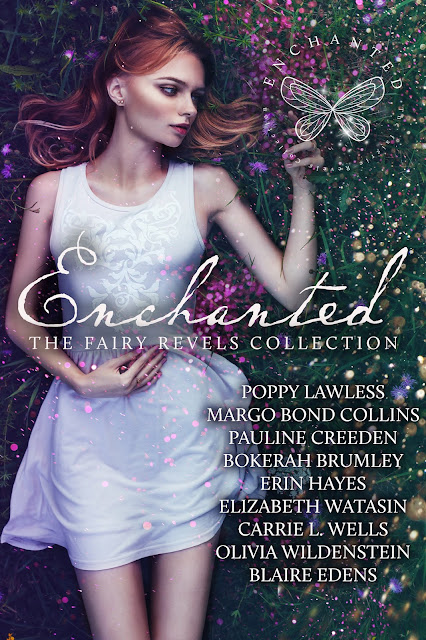 One spellbound night, nine award-winning and Amazon best-selling authors joined together to bring you an enchanting collection of tales featuring our favorite otherworldly creatures, fairies. Enchanted: The Fairy Revels Collection will seduce you into the wondrous world of the fae with magic, romance, fantasy, adventure, fairy tales, and folklore. Get ready to be beguiled by a unique boxed set with fractured fairy tales, contemporary romance, paranormal romance, sci-fi adventure, and more. This captivating collection is certain to please anyone who loves magical realism and fairy stories.

THE BEE CHARMER by Poppy Lawless

Rayne moved to Chancellor on a mission to help Alice find true love. That is, after all, his job as her fairy godfather. What Rayne didn’t expect was to find a love of his own. All Viola wants is to pursue her dream of becoming a perfumer. She doesn’t have time to fall in love. Viola and Rayne will soon find that when your heart makes a wish, even impossible dreams can come true.

I DO BELIEVE IN FAERIES by Erin Hayes

Even though she grew up in a family of witches, Abby is normal. When faeries offer her a wish, she wishes for magick of her own, without realizing the consequences. Now she has to travel to the land of faeries to save her friend's baby and undo the wish, even if it means losing her magick forever.

WOE FOR A FAERIE by B. Brumley

When I chose retribution, it got me got kicked out of the spiritual realm and banished to mortality. Now I've got to choose between Jason, the priest who’s hiding something, and Arún, the handsome off-world Fae that believes I’m his prophesied queen... But first, I've got to survive New York City.

Josh Bevington doesn't know how to survive living in Fairy, Texas without his wings; Laney Harris doesn’t know how to survive without Josh. When Laney's biological father shows up in Fairy, determined to steal his daughter's newfound powers, Josh and Laney will have to overcome work together—or risk losing everything they care about. 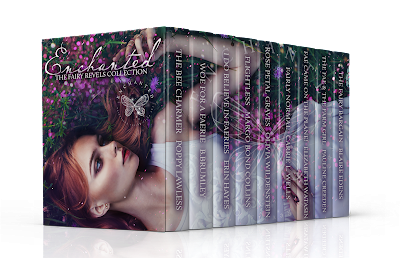 I thought losing my mother would be the greatest shock of my life, but the real surprise came after her death. Dad said she suffered a stroke after she dug up one of the ancient graves in our backyard, which happens to be the town cemetery. Creepy, I know. Creepier still, there was no corpse inside the old coffin, only fresh rose petals.

Violet Abernathy has spent more than 20 years in the human realm, but this is the year that everything changes. Potentially her last stint among the humans, her "senior" year in high school teaches her more than she ever guessed it would about friendship, love, and support. Maybe what they say is true, change is the only thing that ever stays the same.

FAE CAME ON THE PLANE! by Elizabeth Watasin

At Jifk Spaceport, something every creature and person feared came in on a plane: faeries. When the spaceport goes down, it’s any survivor of the fae incursion on her or his own, and Nico’s not going to let Darqueworld’s most feared boogeymen, the faerie kind, stop her from getting to her lover’s arrival gate.

THE FAE AND THE FARMGIRL by Pauline Creeden

A Fae princess in jeans and paddock shoes--could any of this be real? Daisy Adams was an orphan raised on her uncle's farm, but a tractor accident suddenly forces her uncle to reveal the lie she's been living. Her mother's still alive and she's a queen of the Fae... and to make matters worse, Daisy is hunted and the center of a war that is just beginning.

THE FAIRY BARGAIN by Blaire Edens

When FayeLynn Roberts finds herself pregnant by Drake, The Folk’s most dangerous man, she relies on Alvin Fairchild, the exiled prince of The Folk to carry her back to The Realm in order to save her child. Alvin wants to protect the child and save The Realm, but can the two of them band together and defeat Drake without losing their hearts? 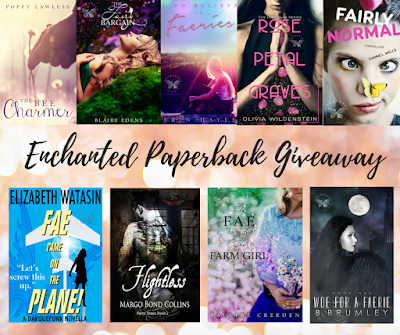