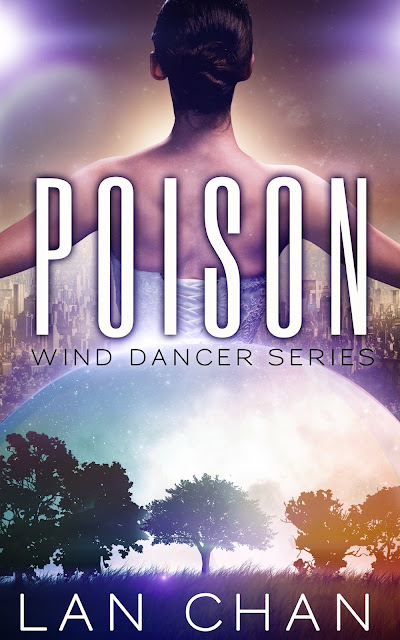 Summary from Goodreads:
Since the night her mother was murdered, sixteen-year-old Rory Gray has known one truth: There are no good Seeders.

In post-apocalyptic Australia, the scientists known as Seeders have built a Citadel surrounded by food-producing regions and populated with refugees from the wars and famine. To maintain their control, the Seeders poisoned the land and outlawed the saving of seeds.

It’s been six years since Rory graced the Seeders’ circus stage as the Wind Dancer and still the scars on her body haven’t healed. Even worse are the scars on her heart, left by a Seeder boy who promised to protect her.

Now the Seeders are withholding supplies from Rory’s region for perceived disobedience. Utilising the Wanderer knowledge she received from her mother, Rory must journey to the Citadel through uninhabitable terrain to plead for mercy.

However, the Citadel isn’t as Rory remembered. The chief plant geneticist is dying and rumours fly that the store of viable seed is dwindling. The Seeders are desperate to find a seed bank they believe Rory can locate, and they will stop at nothing to get it.

To defy the Seeders means death. But Rory has been close to death before--this time she’s learned the value of poison.

Recommended for fans of The Hunger Games, strong protagonists, circuses and nature!

I run until it feels like my lungs will burst and every drag of air is excruciating. Then I stumble around in the dark for hours until I finally give up and start to climb again. I go up as far as I can, as high as the branches will support me, and wait for the coming dawn.

I’m awoken by the hollowness in my stomach. My eyes are grainy and the light is too bright, but I force them open. I’m way above the first canopy, and this high up, the forest is covered in a layer of mist so dense it could be snow.

But no layer of weather would be magical enough to obscure the other sight. High above the treetops, pushing upwards so the tips of the skyscrapers disappear into the clouds, is the Citadel. I hadn’t even noticed it was so close. On this level, the Iron Gates and the six-metre wall surrounding the Citadel are obscured by trees. Besides Warden Tower and the distant gleam from the dome over the Forgotten Garden, the skyline has changed dramatically from what Ionce knew. Skyscrapers have risen and fallen, and there’s a sense that the entire city is slowly expanding over the mountain it rests on.

It feels wrong to be trying to get back into the Citadel after so long. I barely escaped the first time, and only because I suspect Papa made some kind of untoward deal with the Seeders in exchange for my freedom. Yet seeing it so close, knowing it’s not just a figment of my imagination, fills me with a sense of urgency.

I’m not ready. I don’t have enough information about what I’m getting myself into. So I do the only thing that comes naturally when I’m unsure. I start to climb and don’t stop until the branch I cling to is little more than sapwood. I seat myself with my belly against the tiny leader branch and hug the tree as it sways precariously against the prevailing wind. In this moment, I actually feel like I’m a part of the eternal dance between the earth and the sky. The branch tips horizontally, and I close my eyes and pretend I’m on a ride at the fair that accompanies the circus around the regions.

I smile and then catch myself as a sickening thought occurs to me. Do I really love soaring over the earth, or is it something the Seeders have planted in me by conditioning? If it’s the latter, does it say something about me that I’ve embraced being up so high? 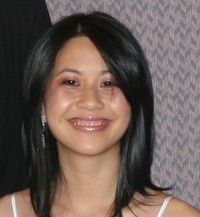 Lan Chan is a writer, gardener and professional procrastinator based in Melbourne, Australia. She is still waiting for her super powers to manifest but until then she writes young adult novels featuring strong female protagonists, minority characters and has a particular interest in dystopias and urban fantasy. Lan’s debut novel POISON, the first in her WIND DANCER series is due for release in September 2015.

thx u for hosting :)