Book Blitz: Excerpt and Giveaway for Marker of Hope by Nely Cab 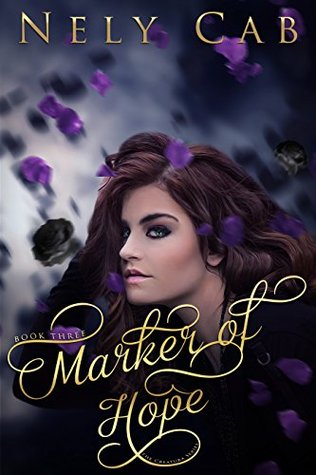 Synopsis:
Who will save her from herself?

Upon her return from Greece with three new friends and a broken heart, Isis’ hunger for human flesh is stronger than ever. She’s a miserable mess after losing David following her betrayal. Her mutation into Creatura is all but over when she receives the surprise of her life, compelling her to seek out David’s family. Only, they’ve broken all ties with her, and she doesn’t know how to reach them.

Turpis, the demonic beings that attacked Isis in Greece, have tracked her whereabouts. Now, in order to fend for her life, Isis must join forces with deities she doesn’t trust.

Is Isis truly the Marker of Hope as she’s believed to be, or will she lose the battle to her starving inner beast and demons, obliterating humankind from existence? Find out in the epic finale of the best-selling CREATURA SERIES.

“A lot’s happened since you decided to shut down and wallow in self-pity. You’ve been impossible to talk to, and I’ve been bored out of my mind. I thought we came here because we were going to figure things out. What happened to ‘I’m going to save the people I love’? Did you just feed me that bull so I’d agree to come with you?”

“Then what’s the hold up?” Galilea’s irritated face turned a subtle shade of pink. Her pulse quickened just the slightest bit.

I was surprised at how much my senses had developed. Heighted. Months ago, I wouldn’t have noticed any of this, but now, I could even smell the natural notes of musk on her skin. I felt my mouth water. Sometimes, I liked that my new superhuman senses gave me insight to peoples’ moods and emotions. Most of the time, they were waiting for me to let my guard down so the beast could take over.

“You can’t just change the subject. You do it all the time. I’m tired of it.”

“I’m not changing the subject. I’m trying to tell you I don’t know how much longer I’ll be able to control myself. How am I supposed to save anyone when I want to rip out their guts?” 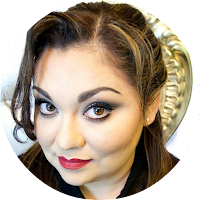 Nely Cab is a Writer of stuff, a Master Coffee Drinker, a Food Maker & Eater, an Imaginary World Conqueror, and an Air Breather. She talks to herself—a lot—in her South Texas home while she plots stories about fantasy worlds and sips coffee from a pitcher. She’s known for cooking far too much food and has a tendency to overdo…well, everything. It is rumored that she is fabulous. Nely Cab is the best-selling author of the Creatura series.