Two Girls. Two Boys. The math should be easy.

London and Brooklyn have shared everything their whole lives. They shared a birthday, a mother they never met, and a tragic past. Their bond is unbreakable and beautiful. The sisters may look identical but they are nothing alike.

Brooklyn is the wild and reckless sister. London is logical and responsible.

When they leave the only home they have ever known with their best friend Miles, their bond is tested.
Miles finally sees Brooklyn and London as more than the girls he grew up with.
He is smart and caring, everything London should want.
But it might be too late because a new stranger enters their lives, changing everything.
Kane is mysterious and troubled, with commitment issues.
He should to be perfect for Brooklyn and her wild side.

What happens things don’t go as they should?

Nothing goes as planned. Things are never as they seem. No one is who they say they are.

The lies are so vivid, they are almost real.

I swing open the door and find Miles in the hallway. He's not alone.

Kane is glaring at him as they stand chest to chest. They turn to stare at me when they notice me.

Miles brushes the madness of my hair out my eyes to get a good look at my face. I can tell he isn't sure who I am.

We never made any effort to look different from each other. We could have color or cut our hair but we never did. Part of it was because we like looking identical. We chose other ways to stand out from the other. If you want to tell us apart, you need to actually know us. You can't say 'the one with the short hair'. You say the quiet one, or the dancer. London or Brooklyn.

"Found this guy sleeping outside your door," Kane says. His eyes run up my bare legs, over my thin shirt and back up to my face. "You know him?"

I nod. I'm not surprised to find Miles here. It's Kane whom I'm shocked to see.

"You know this guy?" Miles is looking between us, confused and angry. His eyes take the same path as Kane's did. "You should go inside."

"I did a shoot with him, and I would be inside if you two weren't arguing in the hallway like kids," I snap.

"I came last night in the storm," Miles says, trying to guide me back inside. "You didn't hear me knocking so I waited. And this asshole starts giving me shit for being here."

"You look like some damn creeper waiting outside their apartment."

Kane and Miles glare at each other, both looking ready to throw punches.

"How do you know Brooklyn? What are you doing here?" I ask Kane, leaning around Miles.

"Met her at Stephanie's. I live down the hall."

Of course he would be the guy Brooklyn danced for. I feel stupid that I even thought for a second that he was here for me. Now I remember why he looked so familiar when I saw him on the beach. I just about plowed him over as he got off the elevator in a rush that morning.

"I'm London," I snap, irritated at being bossed around. "He saw Brooklyn almost naked. Not me."

"I know who the fuck you are," Miles growls and I freeze to stare at him.

Miles has never raised his voice at me in all our disagreements. He is understanding, calm, and easy going. Now, he is aggravated, possessive, and losing his patience with me. The soothing blue I always saw him as was shifting to a dark green. Still beautiful but unknown, like a dark forest.

"Let go of her," Kane interrupts. His large frame comes closer, making me feel trapped and tiny between the two men.

The tension in the hallway is thick and heavy. I force a smile and put a hand on Miles's chest to calm him. It seems to work because I feel the muscles under my hand relax.

"Thank you, Kane, but I'm okay. He's a friend," I tell him, looking up into his dark eyes.

Kane's jaw ticks as he looks between me and Miles, trying to read us both. I can finally breathe when he takes a slow step back.

"You sure?" he asks me again, watching Miles closely. 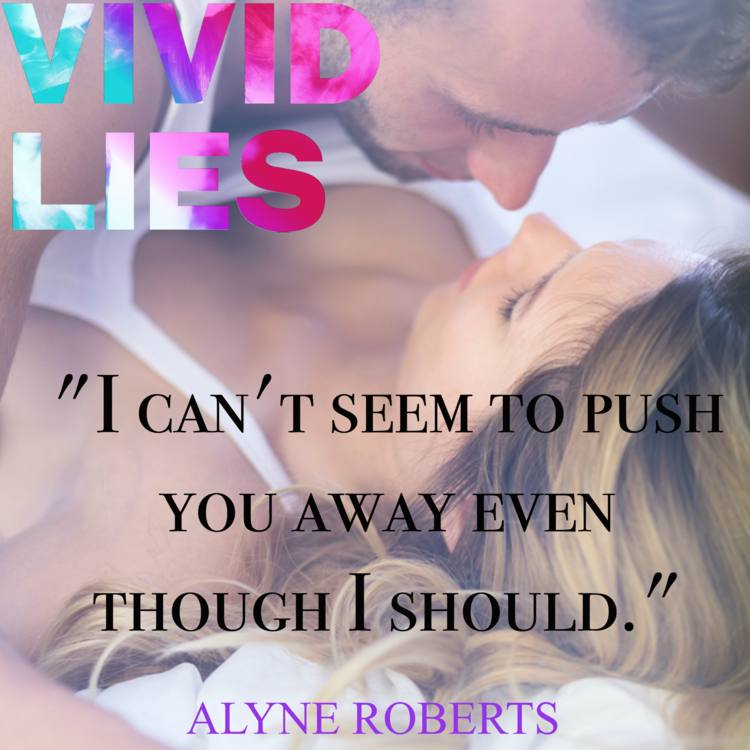 I shove Miles back into my apartment, shutting Kane out in the hall. He has the decency to look slightly guilty when I glare at him.

"What the hell was that all about?" I hiss quietly, not wanting to wake Brooklyn.

"That guy was an asshole. He has no business with you."

I run my fingers through my hair and realize just how knotted it really is. My fingers get caught and I'm sure it looks like one of those cheap wigs you get for Halloween that never get untangled.

"He knows Brooklyn, Miles. And he's a neighbor. You didn't need to go all caveman."

"The hell I didn't," he almost shouts. "Did you see the way he looked at you?"

Miles mumbles something under his breath and starts to pace. I shuffle awkwardly and watch him helplessly. The last time I saw him this worked up, it was our last night in Tennessee.

He stops and meets my eyes immediately. I smile at the familiar warmth I see in them.

My heart starts to race when I see them darken.

My heart stops when he starts toward me.

My heart explodes when he grabs my face and his lips touch mine.

Alyne lives in Ohio with her husband, two dogs and cat. Working full time in an office all day, she spends her nights reading, writing or watching an entire TV series in a night. She refuses to grow up and loves Disney movies and anything with owls. She couldn’t live without her coffee or her furry “children”.

Alyne wrote her first novel titled “Light to the Darkness” in 2014.