Book Promo for In Her Eyes by Wesley Banks 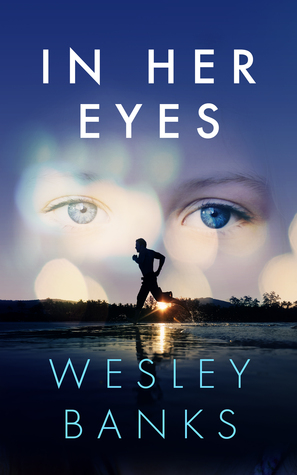 When Ben Wilder is given a second chance he focuses on the one thing he's always been good at: running. After walking on to the University of Florida Track and Field team he begins to quickly move up the national rankings, paving a path towards the NCAA Championships. Everything is going the way he planned, until the day he bumps into Casey Taylor.

New to Gainesville, and focused on her first year out of medical school, Casey is initially hesitant to let Ben into her life. But the truth is she's worried about letting a guy near the one thing she loves most: her daughter, Emma. After one fun and fateful night Casey can no longer bury her feelings behind these excuses, and takes a chance on a guy she is slowly falling for.

Casey's relationship with Ben starts to gradually build into a love that she has never felt before. But more importantly, Emma has taken a particular liking to Ben. As they all spend more time together Ben is forced to confront painful memories when he starts to notice something hauntingly familiar in Emma's eyes.

After a local journalist uncovers the secret of Ben's past their lives begin to converge on a single promise that Ben Wilder has long since made: to never give up...no matter what.

Ben walked by several rooms that looked exactly how he remembered them. Eggshell colored hospital beds were covered with crisp white sheets, tucked neatly at every side. Teddy bears and other stuffed animals lined the beds, and colorful animal balloons floated in front of the health monitors. Most of them also had a navy couch with wood trim that folded into a bed just below the prison like windows. He hated those rooms.

Turning the corner he found the same tiled mural of butterflies, and birds, and dolphins on the wall. And then he heard a familiar voice. A voice he really didn’t want to hear.

The voice stopped Ben cold where he stood. For a moment he thought about just breaking into a run. That seemed to be the only solution he had lately. But something held him standing still where he was.

Dr. Sanchez walked up beside Ben. He had shaved his thick black mustache, and there were large bags under his eyes. He looked tired, Ben thought, possibly even sad.

“How are you?” Dr. Sanchez said, touching Ben’s shoulder lightly. “What brings you here?”

“I’ve been reading about your races in the paper. That’s really great,” he said with a smile.

Ben’s eyes burned into the orange and green coral shaped designs on the floor, but he didn’t say a word.

“Well,” Dr. Sanchez said lightly, “I…I better get back to work. It was…good to see you.”

Ben wanted to nod, or at least acknowledge the man in some way, but what do you say to the man that killed your daughter? 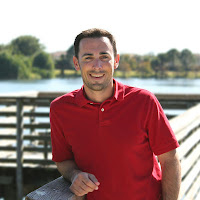 Wesley Banks was born in 1983 and grew up on the west coast of Florida. He graduated from the University of Florida with a Bachelor’s and Master’s degree in Civil Engineering. After spending over 7 years building movable bridges from Florida to Washington he decided to focus on his true passion: writing.

Wesley recently moved from Florida to Oregon to get back to the great outdoors that he loves so much. He lives with his wife Lindsey, and his two dogs Linkin and Story. Most of his time these days is spent writing, with as much rock climbing, hiking, or skiing as they can fit in.

Interesting story! I enjoyed the excerpt :)