Release Day Blitz and Giveaway for The Foxglove Killings by Tara Kelly! 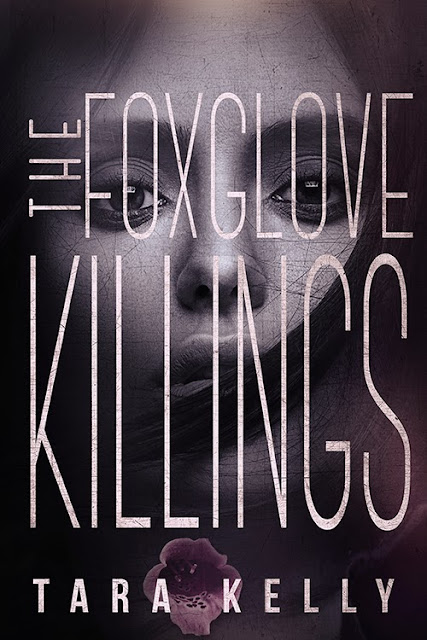 Summary from Goodreads:
Gramps always said that when the crickets were quiet, something bad was coming. And the crickets have been as silent as the dead. It started with the murdered deer in the playground with the unmistakable purple of a foxglove in its mouth. But in the dying boondock town of Emerald Cove, life goes on.

I work at Gramps's diner, and the cakes―the entitled rich kids who vacation here―make our lives hell. My best friend, Alex Pace, is the one person who gets me. Only Alex has changed. He's almost like a stranger now. I can't figure it out...or why I'm having distinctly more-than-friend feelings for him. Ones I shouldn't be having.

Then one of the cakes disappears.

When she turns up murdered, a foxglove in her mouth, a rumor goes around that Alex was the last person seen with her—and everyone but me believes it. Well, everyone except my worst enemy, Jenika Shaw. When Alex goes missing, it's up to us to prove his innocence and uncover the true killer. But the truth will shatter everything I've ever known about myself—and Alex.

To most people around here, even before the rumors started, I was what Amber called me—Diner Skank. The cheap kind of pretty. Boobs too big for my frame, skinny legs, and what Josh Byers called blow melips. He’d sit behind me in Trig every day, whispering it over and over. I could still feel his hot breath on the back of my neck, his chewed-up pencil eraser poking at my spine. I was that cliché girl destined to grow old waiting tables, hoping to catch some Sugar Daddy’s eye. Fuck that and fuck them. I was the girl destined to prove them all wrong.

The cover looks pretty and thaks for the giveaway ^^

This looks like something I would enjoy reading. Thanks for your giveaway. I also love the cover!!!

Thank you so much for the chance. I am looking forward to reading your books!