Book Blitz: Excerpt and Giveaway for Push Me, Pull Me by Vanessa Garden 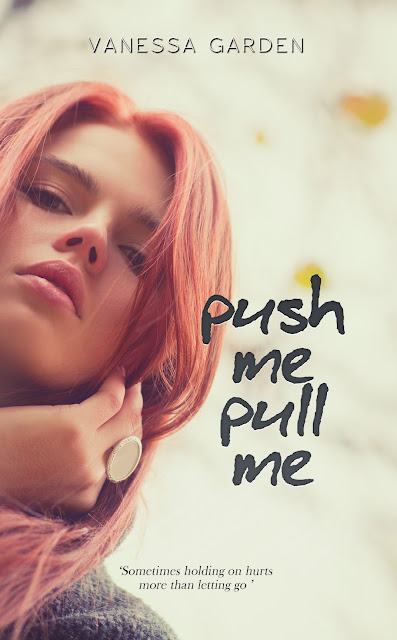 Summary from Goodreads:
Since Ruby Milton’s mother committed suicide, she’s forgotten what it’s like to be seventeen.

Saddled with taking care of her toddler brother and alcoholic father, Ruby has no time for fun. She also can’t shake the growing resentment she feels for her mother’s decision, which left her unable to grieve without anger and regret.

Then she meets blue-eyed musician Byron Black, who challenges everything she believes.

Byron refuses to let anyone control his life—or his death. When he left the city behind, he was in search of somewhere where nobody knew his secret. What he didn’t expect was to meet a beautiful redhead whose views conflict so completely with his own. But as their romance deepens, he begins to doubt his choices and decides to return to the city…for one last chance.
When Byron disappears, Ruby will stop at nothing to track him down.

Upon finding Byron, Ruby discovers his devastating secret, and a battle of wills begins. Byron doesn’t want her to know this part of him. He has to deal with it by himself, even though the idea of losing her tears him apart.

Will they be able to see each other through the darkness?

Or should they save their hearts and just let go?

“Are you in a lot of pain?” It was a stupid question. My eyes travelled to the front of his shirt.
He pulled back a little, as if to protect his wound from my intrusive gaze.
“I’m fine, Ruby,” he said, but kept his eyes trained on the ceiling, his expression unreadable.
“How long have you had this one for?” I reached out and gently traced my trembling finger along the thin silvery line on his face and neck, moving from his jaw down to his collarbone.
Byron closed his eyes and exhaled raggedly. “A long time. Don’t look at it,” he rasped. “It’s ugly.”
I swallowed thickly and gazed at the fine structure of his face, at the thick lashes resting against his cheekbones and the sensual swell of his lips. “Nothing about you could ever be ugly.”
At my words, Byron opened his eyes and fixed them on me. He gently tugged my arm and waist, rolling me on top of him. He breathed hard from the exertion.
I blushed from being so close to his face and sat up, straddling him, my thighs on either side of his waist.
“You’re so beautiful, Ruby,” Byron whispered, his hands finding my hips.
I shifted slightly, conscious of the growing hardness I could feel beneath me.
Outside, the sky was darkening, but there was just enough light coming in through the window for me to see the look on Byron’s face. I’d never been looked at like this before.
“Come here,” he whispered, sliding his hands from my hips up my lower back, gently pressing me down.
I bent and hovered over him, careful not to apply any pressure to his chest, but Byron wrapped an arm around my waist and slid a hand behind my neck and gently pressed me down so that I could feel every inch of his firm body beneath me. The sensation made my pulse quicken and my heart stutter. A flush, hotter than the recent weather, burned through my veins and heated my body.
Against my neck, Byron’s breath came faster.
Our lips came together, soft and chaste at first, but as soon as our tongues touched the kiss grew deeper and harder. Byron’s hands slid up my back to tangle in my hair while I ran my hand through his.
He moaned softly and suddenly the kiss kicked up a gear. Our hands crossed paths and we entwined our fingers together, briefly, before moving on to touch each other’s bodies, wherever our hands could reach. Every inch of Byron felt hard, whereas, beneath his careful touch, he made me feel soft like I was something delicate and precious. It was exquisite.
I couldn’t get enough of him. I wanted to somehow meld us into one person.
I drew him tight against me and he groaned against my mouth, the sound sending a jolt of excitement to my lower belly, that is, until he stiffened beneath me and pushed me off.
I hadn’t pleasured him, I’d hurt him.“Are you okay?” I knelt beside him, horrified at what I’d done, my hands hovering over his chest.
Byron remained on his back, his chest rising and falling in short, sharp rasps, his jaw tense, his hands twisting at my bed cover.
“I’m so sorry. Is it bad? What should I do?”
“It’s okay. Don’t be sorry,” he whispered hoarsely, looking away. “It’s not your fault, Ruby. It’s me.”
“I’m the one who crushed you,” I said softly.
He sighed and steadied his breath.
“No. I mean, I shouldn’t be here, doing this…starting something with you…” he met my eyes, “…something that can never really go anywhere.” He exhaled, it sounded harsh and angry.
“Remember, I’m leaving soon, Ruby.”
I tied my hair up with the band I kept around my wrist and tried to keep my face neutral so that he couldn’t see how I really felt about him leaving. We’d only just gotten to know each other. I liked the guy. I didn’t want him to leave.
“Is this to do with your music? Because you want to tour? Or because of this…this thing with your parents?”
Byron smiled down at the bedcover, but it was a bittersweet smile. “I wish this was about something as simple as music.” 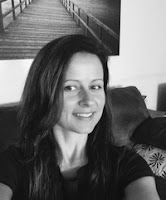 A bookseller and Young Adult author, Vanessa loves nothing more than immersing herself in the exciting world of books. When she is not raving about her favourite reads with customers, or mentally casting actors to play the characters in her next novel, she enjoys hanging out with those she loves most.

Thank you for the excerpt, I enjoyed reading it :)

Sounds like a good read! I'd love to read this book!