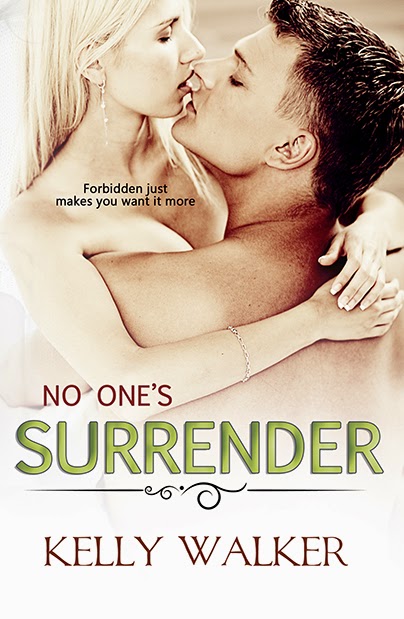 Chelsea Arnold is not a Chadwell, as her mother incessantly reminds her.
And if she doesn’t learn to play the game, she’ll never see a dime of her new step-daddy’s money. So Chelsea puts on the act and dutifully follows the Chadwell family rules: everyone has to work in the family bar to learn life lessons. Little do they know, she already knows the biggest lesson of all: the best thing to be is underestimated. Then they’ll never see you coming. And in a few more weeks when she’s tucked enough cash away, she’ll be out of here, leaving her new family and her washed-up mother behind, because all Chelsea wants is freedom. Inheritance be damned.
But when her step-father learns he has a son he never knew about, it throws her plan off the tracks. While another son and an ex-wife sharing her husband’s affections are too much for Chelsea’s mother to handle and she heads for the hills, the rough around the edges Warren “Ware” Chadwell is enough to tempt Chelsea to stay. Despite the fact that all he has to offer is everything she’s determined to shy away from, the boy from the wrong side of the tracks knows how to push her buttons in all the right ways, no matter how wrong it is.

I lift my chin a bit higher, refusing to be ashamed. I can’t see any trace of the confident swagger Ware displayed last night, but I know he for damn sure knows how sexy he is—and he uses it to his advantage—so he can’t blame me for being affected by it.

Ware shoves his hands in his pockets, staring at me so openly that I’m overcome by the urge to take a physical step back. And it’s not just that he’s devastatingly handsome—which he is, which feels a bit weird to say now that I know he’s my brother’s brother—but I think I see something underneath his angry veneer. Ware is vulnerable, and I know that feeling all too well. “I need you to not screw this up for me—and I know, I know. You don’t owe me shit and you’ve got no reason to help me, and fuck I hate asking you to help. But I need this.” 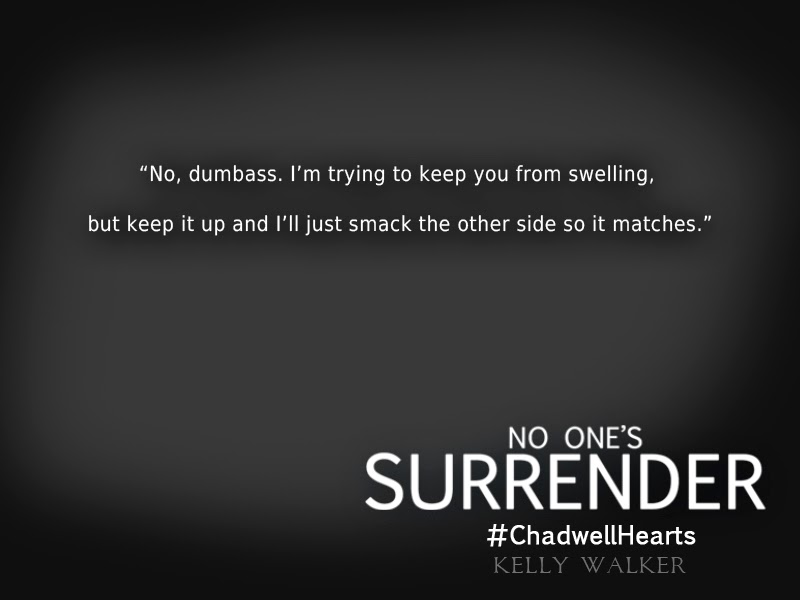 I’m momentarily taken by surprise. Screw this up for him? Screw what up, and how? “Well you know, I walk around each day plotting about whose day can I royally fuck up, and you seem like a great random candidate, so that might be a little hard. Why not make it easy for me and tell me what it is you think I’m going to screw up.”

His lip twitches, and I know he’s trying not to smile. “I need something from Tucker—”

“Tucker,” he says with enough force that I drop it. For now. “He’s insisting that he wants to get to know me, and he wants Axel and I to get to know each other as well.”

I choke back a snort. That’s going to go over just brilliantly.

“So he wants me to work at the bar, and have dinner here once a week.”

“I fail to see how you think I’m going to screw this up for you. I don’t have any control over who does or doesn’t work at the bar, and I’m sure that you and I can get along fine, even if I am ‘one of them.’ So we screwed once, and it was great. Not the end of the world, and not the first person I’ve slept with then had to work with the next day.” And it’s extremely awkward between Dougie and I now, but I keep that to myself. 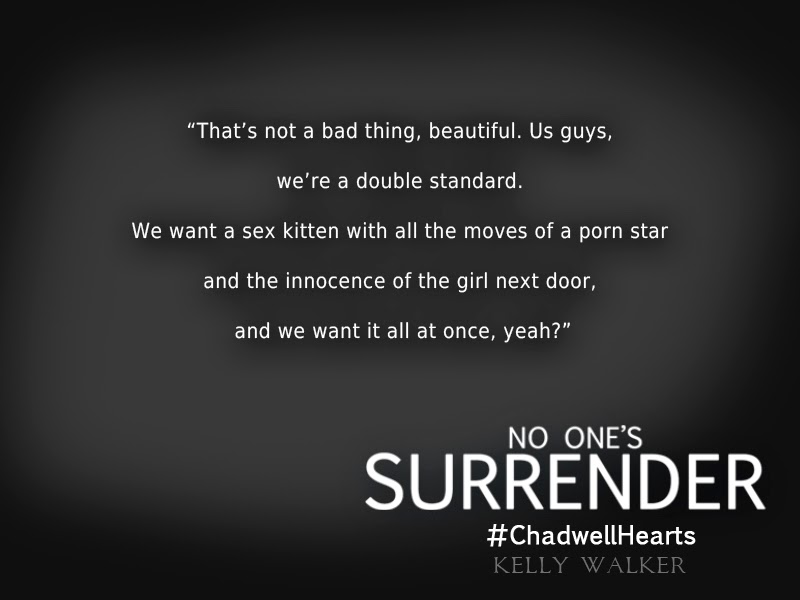 Ware cuts the distance between us in half. “Just great?” He wags an eyebrow and it’s all I can do to keep a straight face. The way my heart is beating having him close to me, I’m pretty sure it’s training for a marathon.

I gulp, then nod. “Uh huh.” Ware is moving closer and I wet my lips with a quick flick of my tongue. I’m not sure, but the way he’s gazing into my eyes, I almost think he’s about to kiss me. And I’m not sure how I feel about that. If I had to guess, my extreme reactions to him are at least partially because of the way I allowed my mind to elevate him to sex-god status after last night, assuming I’d never see him again.

But now he’s here, and obviously not going anywhere, so I’ve got to readjust my thinking.

He stops when his lips are just inches from mine. “What happened between us was so not great. It was off the fucking charts, and if you weren’t who you are, I’d be tempted to go a second round to make that clear.”

Kelly Walker is a YA and NA author of several romantic titles, including the Souls of the Stones Fantasy Romance series. She has an unhealthy appreciation for chocolate, and a soft spot for rescued animals. Her best lessons on writing came from a lifetime of reading. She loves the fantastical, and the magical, and believes a captivating romance can be the most realistic magic of all. Kelly, her husband and her two children share their Virginia home with three dogs who walk her, and two cats who permit her to occasionally share their couch.