Released: December 17, 2014
You can now get an excess of erotica - is too much erotica really possible?
Seriously, 9 bestselling erotica authors have come together to offer 9 of their bestselling novels to you for the low price of 99¢ - a savings of almost $30. You can't miss this book. With titles by both male and female erotica authors, this book will give you everything you crave and things you didn't know you were craving until NOW. 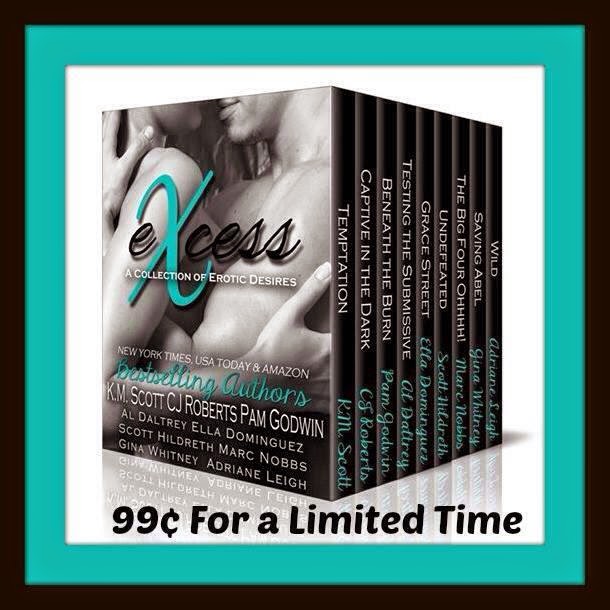 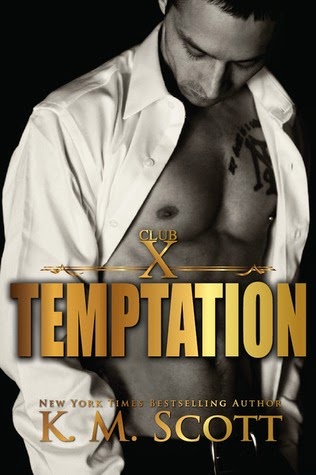 
AND LOOK FOR SURRENDER, THE SECOND BOOK IN THE CLUB X SERIES, OUT NOW! Cassian March, the public face of Tampa’s most exclusive nightspot, Club X, has a great life. Women, sex, and money are his for the taking, and no man indulges his desires more. Life is short, and he plays hard. He lives by only one rule—never let a woman get close. Olivia Lucas needs a job, and if that means working at a club that specializes in making members’ wildest fantasies come true, then that’s what she’ll do. A girl’s got to pay the rent, right? She never expected to fall for the gorgeous owner of Club X, though, but a man like him would never go for someone like her. Or would he? 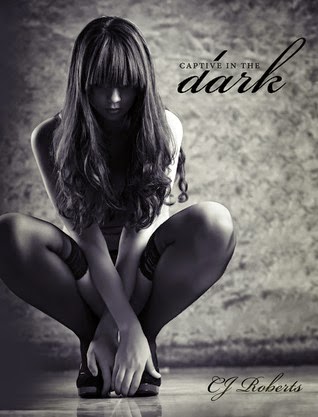 Caleb is a man with a singular interest in revenge. Kidnapped as a young boy and sold into slavery by a power-hungry mobster, he has thought of nothing but vengeance. For twelve years he has immersed himself in the world of pleasure slaves searching for the one man he holds ultimately responsible. Finally, the architect of his suffering has emerged with a new identity, but not a new nature. If Caleb is to get close enough to strike, he must become the very thing he abhors and kidnap a beautiful girl to train her to be all that he once was.


Eighteen-year-old Olivia Ruiz has just woken up in a strange place. Blindfolded and bound, there is only a calm male voice to welcome her. His name is Caleb, though he demands to be called Master. Olivia is young, beautiful, naïve and willful to a fault. She has a dark sensuality that cannot be hidden or denied, though she tries to accomplish both. Although she is frightened by the strong, sadistic, and arrogant man who holds her prisoner, what keeps Olivia awake in the dark is her unwelcome attraction to him.
WARNING: This book contains very disturbing situations, dubious consent, strong language, and graphic violence. 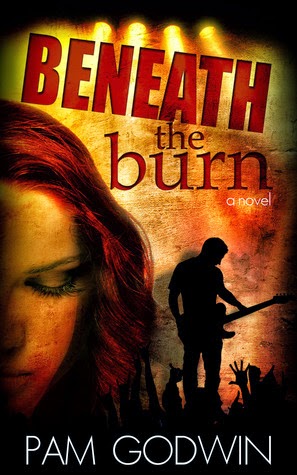 They meet by chance. The timing is wrong.


Three years later, she finds him again, but their separation was poisoned with narcotics and bloodied by enslavement. Her freedom gambled away, Charlee Grosky escapes the international businessman who held her captive. But his power reaches beyond her protective barriers and threatens everyone she has come to love. Jay Mayard wears his tortured secrets under his rock god facade. Drugs are his release, even as he seeks to be the man forged of the steel only she can see. In a celebrity world filled with paparazzi, groupies, and drugs, Jay and Charlee must face their worst fears. When the battle is over, what will be left…Beneath The Burn. Genre: Romantic/Erotic Thriller Content warning: Contains nonconsensual and consensual sex, strong language, and violence. Age 18+ only 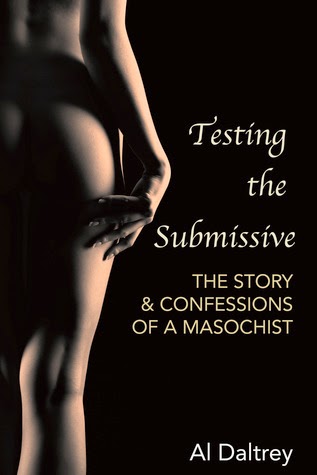 Abby stood nervously before her Master in the classic submissive pose: fully nude, legs apart, wrists placed behind her back; deeply ashamed of her evident arousal. Worse, she had to recount in exact detail the proceedings of her last whipping. The whipping had been severe; as was the case with most of the clients she was commissioned to serve. These client appointments were scheduled a few weeks apart, in order that the welts, bruises and whatever other marks were left behind had ample time to heal. After all, each new client - whether male, female, a couple, or even a group - surely deserved a fresh canvas upon which to begin. Despite these harsh sessions, her body reacted like that of a wanton whore as she retold of the sadistic punishments and extreme sexual use inflicted upon her body.

How far would her Master push her with these ‘tests’? How far would Abigail go? How many times could she stand before him blushing; yet with that unmistakable tingle? Their relationship was surely headed for a collision course. Or was it?
This story contains STRONG BDSM. While fully consensual, it includes submission, dominance, sadism and masochism. Please do NOT buy or read this if you are offended by graphic sexual descriptions including sexual violence. All characters are aged 25+, and it is recommended for an adult audience ONLY (aged 21+). This story is pure fiction and the author does not condone any violent behavior. 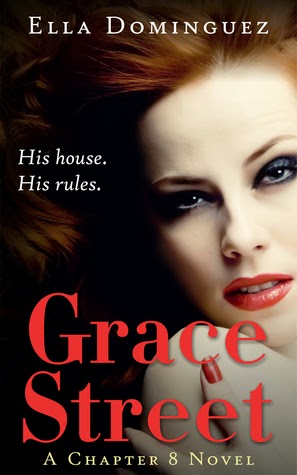 
Obsession, possession, resilience, insanity— Seeking solitude and reprieve from her past failed relationships, Elsa begins her life anew in Richmond, hoping to find the change that she so desperately needs. Things are looking up for her, a new job, new friends— a fresh start. But Victor has different plans for her. From the moment he heard her voice and set his eyes on Elsa, she became next on his to-do list; his Chapter 8. A well-known and respected criminal profiler, his mind is as dark as the people he hunts down. It takes one to know one, after all. Under the guise of making his subjects stronger, he intends to break Elsa down using everything in his arsenal, including pleasure, pain, humiliation, and things unspeakable. Everyone is fair game in his book and he discriminates against no one when he chooses his test subjects. Lonely, still on the mend from a bad break-up and longing for sexual attention, Elsa consents to an odd proposition, unaware of Victor’s plans. However, she can’t be broken so easily and what he puts her through only fuels the fire burning within her, a flame that begins to blaze out of control as she becomes obsessed with everything about Victor and peeling back his cruel layers in search of the real man hiding beneath his heartless facade. In Victor’s world, there is no such thing as happily ever after and Chapter 8 proves to be an infuriating challenger when she flips the tables on his selfish and twisted game, a game they both may end up losing their hearts and minds over. 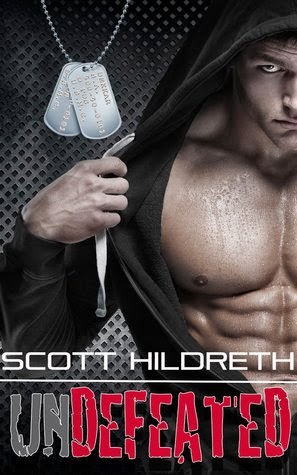 “If something or someone is presented to us once, we will often dismiss it as being nothing more than happenstance. If that person or situation is presented twice, it is God slapping us in the face and telling us to pay attention. It is fate.”


Since she was sixteen years old, Kace Meadows has known love hurts, literally. Now, after ten years in an abusive relationship, Kace is realizing what she has isn’t love or a healthy relationship. No matter what, she can’t win. One day, while in a horrible argument with her boyfriend, she meets an unlikely hero. Shane Dekkar is a cocky but rather modest unknown boxer. Growing up in Compton, California, he knows what it takes to be tough, street smart and how to fight. He battles his inner demons in the boxing ring and has never lost a match. After losing his grandfather he moves to Austin, Texas. Almost immediately upon arrival into the new city, Shane witnesses an argument between Kace and her boyfriend. When he tries to intervene, he is assured by Kace it is simply a disagreement. Shane instinct tells him different; he sees the pain and fear in her eyes as he watches them drive away. When they meet by chance again two years later, Shane sees their meeting as fate. Will Kace end her decade long relationship with her abusive boyfriend and fall into the arms of an alpha male boxer? Can Shane conquer his inner demons and settle down and into a relationship? 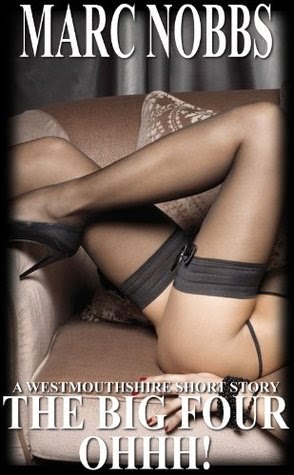 “The Big Four Ohhh!” is the first new short story by novelist Marc Nobbs since 2007.

When Dave Cartwright sees an ad in the local newspaper offering twenty-seven inches of Prime British Beef, it plants the seed of an idea which leads to a unique celebration his wife’s upcoming fortieth birthday and a night that neither one of them will ever forget. 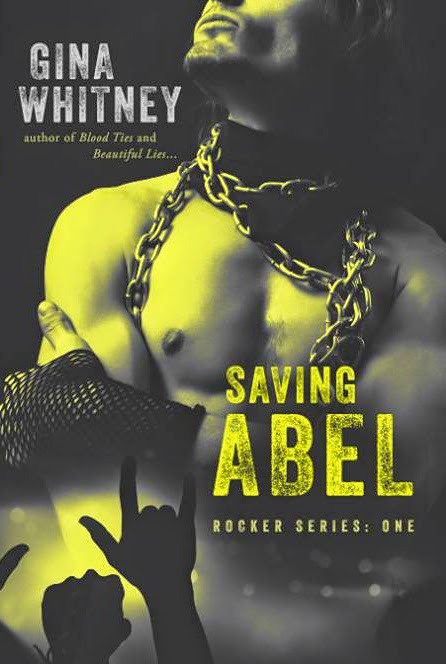 Abel Gunner, the lead singer of the band Lethal Abel, is what beautiful nightmares are made of. His gritty, melodic rasp threatens to rip your heart out of your chest and leave you gasping for the very breath he robbed you of. His kisses, detonating on impact, leave you ruined. Abel is also a Dom, and his appetite for seduction is legendary and intense. After a chance encounter with Gia, his need to dominate this woman increases tenfold. He wants to consume her, merge with her, and never leave her body.


Abel's emerald eyes touch the deepest part of Gia's soul in a way that terrifies her. She fears he can see her secret. Lies, guilt, and betrayal lay beneath her skin, and she's terrified of being exposed. How will Gia ever begin to explain? She doesn't believe she's worthy of him, and her greatest fear is that her carefully guarded heart will be shattered. However, she finds herself unable to deny this rogue tattooed rocker whose kisses just might ruin her. 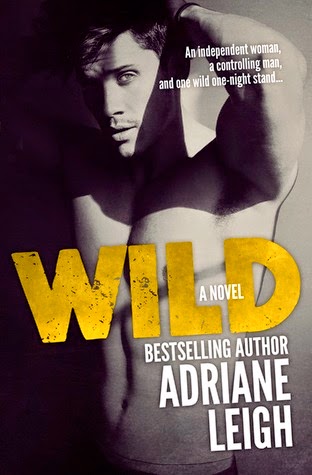 An independent woman, a controlling man, and one wild one-night stand… Kat Kennedy moved to the rugged coast of Maine to start a new life, but encountered much more than she bargained for in dark, dangerous, and seductive Lane Wild. Desire and temptation smolder before she succumbs to her darkest fantasies with the captivating stranger. She doesn’t expect to see him again after an explosive one-night stand leaves her breathless and craving more, but just like lightning in the darkness, he shows up in her life at the most unpredictable moments. A sensual game of cat and mouse ensues before the attraction between them reaches a fever pitch—the magnetism combustible, the sexual tension nearly unbearable—and Kat finally abandons inhibition and explores the cunning, selfish, and sexual side of a world she’s never known. They have the perfect non-relationship—passion-fueled nights with no strings attached—until life gets real and the past and present collide in a dangerous storm of lust and obsession. For mature audiences.

Enter to win an ebook of EXCESS by following this LINK.