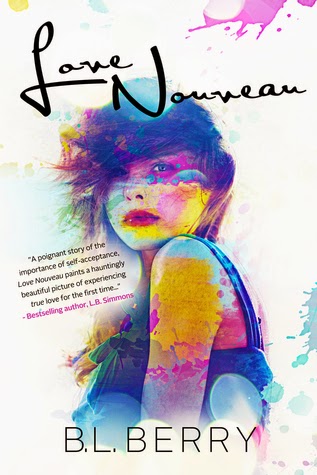 The only thing inevitable in love
is despair.

I knew from the start that he would wreck me.

All that remained was a shell of the girl I once was.

And I don't know if I'll ever recover.


I’m seriously considering giving up Y/A N/A altogether since they all seem to follow the same damned pattern.


Usually, I follow six rules when I write a review and today those rules seem perfect since they’ll give me the opportunity to explain exactly why I didn’t liked this book.

This is where I come short because I have no effing clue what this book is about. No plot, no story. Nada. Zero.

I hated every single one of them. No exception. This is a first even for me.

I’ll start with the heroine, Ivy.

This girl is the poster child for Sluts R Us. She does nothing but complain about her family, drink until she passes out wherever she goes and sleep with every guy that catches her eye.

Oh, but she has a Major in Art History and loves classic literature and that makes it alright.

Give me a break!

I am so tired of reading about women/girls who live only to party and drink until they pass out and sleep with a new guy every single day.

What is this? Why would you write a female character like this?

She’s nothing but a spoiled brat who grew up in a rich family which now she claims that they hate her. Seriously? I wonder why since she’s been a pain in the ass since she hit her teen years.

To “defy” them, she’s lost her virginity at an age I won’t even mention and then proceeded to sleep with every decent looking guy that crossed her path. Including all of her sisters’ boyfriends. Not ex. She slept with them while they were involved with her sister.

While I can’t say this was entirely her doing (assholes), how in the world can she excuse such behavior.

OK, she hates the other woman and wants to get back at her but where the hell is her self respect?

Then, she gets involved with a guy and cheats on him repeatedly. The pattern never changes. Parties, alcohol, sex.

I understand being a student and feeling free. I’ve been there too but I didn’t turn into a slut nor did I drown myself in alcohol.

And her excuses for all this are lame.

Her family doesn’t appreciate her like they do her sister and she doesn’t want to follow their lead and became their creation.

This is stupid. Especially when she claims to be her own person and not care about anything.

This guy is every woman’s dream. Attentive, without flaws, supportive, hard working, romantic, loves all the things she loves, he leads a healthy life.. etc… Gah! Oh, and he’s the only guy on the whole planet who actually doesn’t like technology and his cell phone is a 13 years old model. Seriously?

I hated his him!

How can you relate to someone like that? This guy gave me an inferiority complex. No way in hell can a person be this perfect.

He says all the right things at the right time and he’s ready to make kind of sacrifice so she can follow her dream and still be together.

It doesn’t matter that he’s met her at a party in a house full of drunk people and then she preceded on passing out from all the alcohol she’s imbibed in.

All this “love” after spending only a few hours together. Can you believe it?

But he pretends to see behind her façade so it’s okay.

Let me tell you one thing, if my best friend sees me behave like this, putting myself in harm’s way and she doesn’t drag me out by my hair kicking and screaming just to hit me upside the head and make me realize what the hell I’m doing, then she’s not worth my time and affection.

Not only does Rachel know and sees what she does but she also encourages Ivy to go on.

What kind of best friend is that who pushes you down the path of self destruction?

God save me from this kind of people.

But since she’s just a spoiled brat like Ivy, I shouldn’t be surprised.

Ivy’s family is not even worth mentioning. Her mother is a pretentious, heartless bitch, her sister is as frivolous as they come and her father is a weak, pathetic men who’s under his wife’s shoe and never stands up for the daughter he claims to love so much.

The sister’s fiancée… a rapist who gets away with it just because he comes from an equally rich family.

Do you understand now why I hated every single character?

Painful. Let’s not even go there. My IQ dropped a few points while reading this thing and a good number of neurons committed suicide so, yeah …

I really hope she’s not planning on turning this into a series but, by the way she ended it, I’m afraid that’ll be the outcome.

I don’t care either way since I’m not planning on reading any more of her books.

Why did I pick this book for review??

Email ThisBlogThis!Share to TwitterShare to FacebookShare to Pinterest
Labels: My Reviews