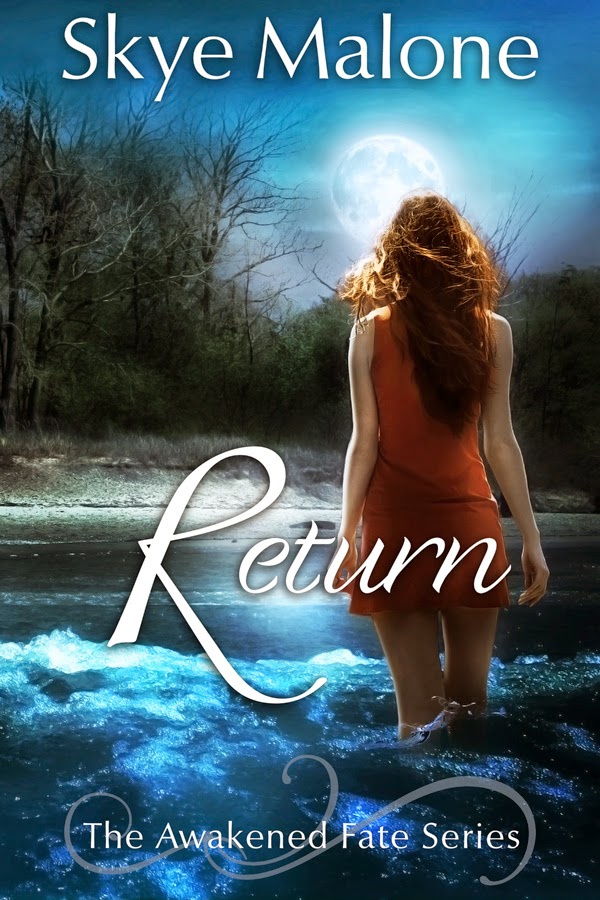 For Chloe, the ocean was supposed to mean safety and for a time, it almost did. She overcame the Sylphaen’s drugs. She discovered an unforeseen attraction to Zeke, one that he shares for her. A life underwater seemed possible, until she learned that nothing was as it appeared.

After an unspeakable betrayal shattered everything she thought she knew about Zeke’s world, she and Zeke have fled the ocean for the one place Chloe never expected to want to go.

But the challenge of living as a mermaid over a thousand miles from the ocean isn’t the only problem facing her. Home has changed. Enemies are waiting, ones she never saw coming. Her little Kansas town is full of surprises.

Including Noah, the guy she left behind.

Earl’s words filtered through the cotton stuffing in my head, barely making sense.

“Yeah, well, seemed fitting.” He paused. “Listen, Richard, I called you as a courtesy, on account of how you said one got away from you yesterday. But it took me an hour after the girl collapsed to get the boy to finally conk out, and with that damn scum-sucker metabolism of theirs, you know I can’t promise either of ‘em will be down for long. You and your boys want any part of this, you better hurry up and get here.”

Alarm struggled through me, weighed down by an exhaustion that wanted to smother my mind back into sleep. Scum-sucker? He…

“Hang on,” Earl said as though interrupting someone. “One of them ain’t breathing the same as they were.”

My heart began to pound harder while I fought to open my eyes. Breathing? He sounded so far away. How could he hear anyone breathing?

Footsteps clunked on the hardwood floor. Light pierced the blackness around me as I managed to lift my eyelids. I was on the bed, facing the doorway. In the window seat, Zeke was slumped, his head resting on the wall. The room was dark around us, though the hall light was on.

Earl came to the door. In one hand, he held a phone to his ear, and at the sight of me, he made an angry noise.

He dropped the phone onto the window seat as he strode toward me, and all my dull commands to my muscles couldn’t make my body move. Striding past me, he retrieved something from the dresser and then returned with a sports bottle in his hand.

I tried to pull away, but he just reached down and grabbed my head from behind, lifting it toward him. With his teeth, he popped open the top of the bottle and then shoved it into my mouth.

Bitter-tasting liquid flooded my throat. I choked, the drink spewing from my lips, but he just dropped the bottle and clamped an enormous hand over the lower half of my face.

I stared up at him. His grip tightened on my hair, tugging at my scalp.

Someone shouted angrily from the tiny speaker of the cordless phone, their words indecipherable. Earl’s face darkened and he glanced to the window seat.

Spikes crept from my forearms, finally answering the frantic signals from my brain. As he turned back toward me, I flopped my arm out like the dead weight it was, succeeding in catching his side.

With a pained cry, he lurched away, his hand leaving my mouth.

I spit the liquid out and struggled backward, half-crawling and half-tumbling from the opposite side of the bed.

Earl made a furious noise while he straightened, clutching at his side. Blood darkened his flannel shirt.

He glanced from me to Zeke, and then to the phone still laying on the window seat. Annoyance twisted his face. He reached over, retrieving the bottle from the floor, and then he returned his gaze to me.

Clutching the edge of the bed, I trembled. “Please. I’m not your enemy.”

“Tell that to my daughter.”

He started around the bed. I scuttled backward, my legs still refusing to hold me, though the spikes listened and grew longer. Half-sprawled on the floor with my back to the wall, I lifted one of my arms in front of me like a shield.

“I don’t…” I managed, breathing hard with the effort of keeping my arm up. “I don’t know your daughter. Please.”

A snarl curled across his mouth. “Please,” he repeated scornfully.

He kicked my legs, toppling me sideways. His hand came down on my wrist, avoiding the spikes, and he twisted it. I shrieked as pain shot through my arm. Dropping the bottle from his other hand, he took my throat.

“Stab me again and I break your neck right now,” he growled. 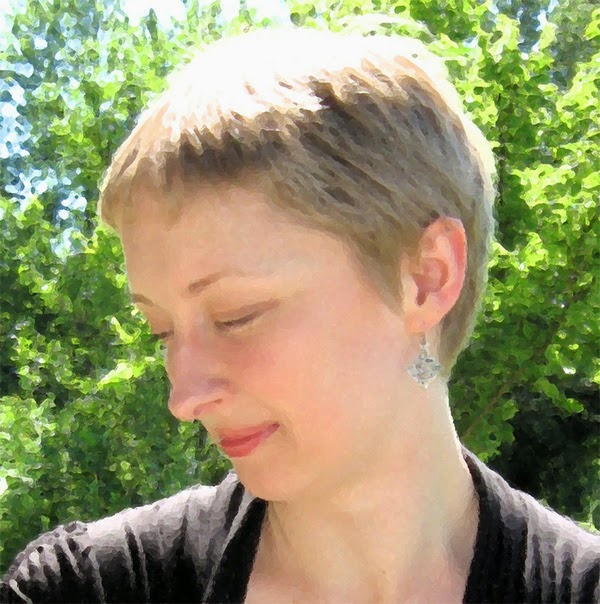 Skye Malone is a fantasy and paranormal romance author, which means she spends most of her time not-quite-convinced that the things she imagines couldn't actually exist.

Born and raised in central Illinois, she hopes someday to travel the world – though in the meantime she’ll take any story that whisks her off to a place where the fantastic lives inside the everyday. She loves strong and passionate characters, complex villains, and satisfying endings that stay with you long after the book is done. An inveterate writer, she can’t go a day without getting her hands on a keyboard, and can usually be found typing away while she listens to all the adventures unfolding in her head.

Skye also writes YA urban fantasy as Megan Joel Peterson and is the author of The Children and the Blood trilogy.