Book Blitz: Excerpt and Giveaway for Lavender in Bloom by Lily Velez 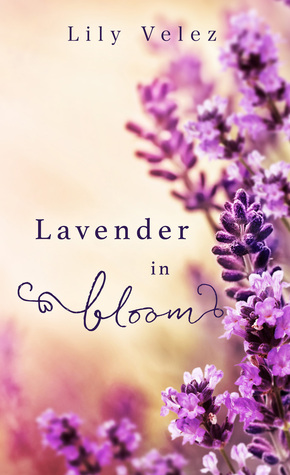 Noah Capet has spent most of his young life living simple and unvaried days in the hushed countryside of southern France. Quiet, reserved, and diffident, his preference for existing is to do so in solitude, keeping to himself both in town and on his family’s farm—a predilection that’s altogether disrupted when a newcomer to town by the name of Jeremie Perreault begins an unremitting quest to befriend him.

Jeremie is everything Noah is not. Charismatic and gregarious, he leaves a trail of charmed admirers in his wake wherever he goes. Expressive and idealistic, he talks without end about his deep love for old books and his spirited dream to one day travel the world on a literary pilgrimage.

Over the course of a single summer, the two form an unlikely friendship, but just as quickly as it develops, it soon entirely dissolves as they’re forced to face the truth of what has unexpectedly emerged between them.

Lavender in Bloom is a tender and tragic coming-of-age story about first love and self-discovery, and a poignant reminder that time is fleeting and always takes with it the choices we’re too afraid to make.

“I think of you almost every moment, Noah. I can’t eat, I can’t sleep. I am utterly tormented by these things I feel for you.”

It was as if lightning had struck Noah. He was paralyzed by the admission, stricken silent, and at his core, an inferno devoured him. Its heat filled his veins, spread from ligament to ligament, muscle to muscle. Jeremie had once read aloud a poem regarding a phoenix making its nest in a person’s bosom. Noah felt the phoenix now, felt her awakening, shifting, extending her wings and beating them powerfully so that he was left breathless, but no more breathless than by what Jeremie did next.

“Tell me you feel the same,” Jeremie whispered. It sounded like a prayer. His head was bowed slightly to be at level with Noah’s.

There was a pull in Noah’s stomach, an unfamiliar desire growing heavier. He was close enough now to see the velvet trimming on the collar of Jeremie’s coat, the paisley design of the white ascot at his neck. Jeremie’s lips lingered before his own, daring, eager, ravenous. It would’ve been effortless to give in, to lean his body into Jeremie’s, to be overtaken by the fever consuming him. He wanted to. Of that much he was certain, and it shocked him like nothing else ever had.

Tell me you feel the same, Jeremie had whispered.

And Noah, still fighting a war he hadn’t even known had begun long ago, had thought to, had nearly conceded to it. But then he saw an image of Jeremie’s father, cold and cruel, bringing his own son to ruins, and in the end, he couldn’t. He wouldn’t. For Jeremie’s sake, he couldn’t fall.

Firm in his resolve, he drew up his strength and stepped back out of Jeremie’s hold. The moment he did, the phoenix extinguished herself.

Tell me you feel the same.

Lily Velez has been writing stories since she was six years old. Not much has changed since then. She still prefers the written word and her overactive imagination over the 'real world' (though to be fair, her stories no longer feature talking dinosaurs). A graduate of Rollins College and a Florida native, when she's not reading or writing, she spends most of her days wrangling up her pit bulls Noah and Luna, planning exciting travel adventures, and nursing her addiction to cheese. All this when she isn't participating in the extreme sport known as napping. You can learn more about Lily and her books at www.lilyvelezbooks.com.