Excerpt & Giveaway for The Fairest Poison by Lauren Skidmore 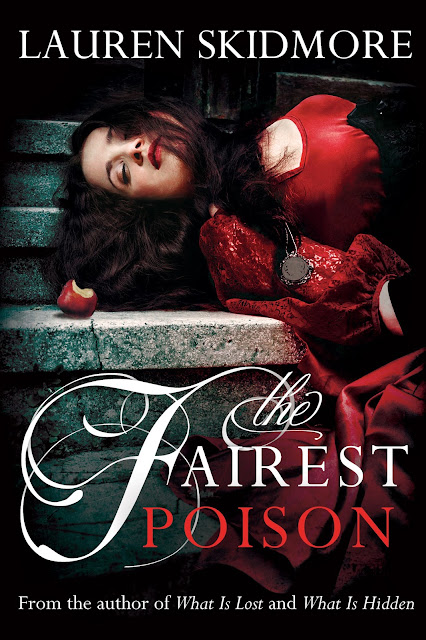 Princess Bianca returns to her court to find it poisoned from the inside out. Faced with mysterious sicknesses, power disputes, and whispers of impending death, Bianca turns to an unlikely ally—a former assassin—to find the antidote that will save her kingdom. But Bianca quickly realizes that she might not even be able to save her own life in this Snow White story.

Lauren Skidmore grew up in Kansas, with stints in Ohio and New York, and currently lives in Utah. She attended Brigham Young University where she earned a BA in English Teaching with an emphasis in Teaching English as a Second Language and Japanese. She then spent a year in Japan teaching and travelling. She hasn’t made it to Europe yet, but it’s on the list and has been to 30 states in the U.S. so far. When she’s not exploring new places, you can probably find her on the internet with fifteen windows open and looking at just one more thing before actually getting something done.

a Rafflecopter giveaway
Posted by Bonnie Ithil at 10:30 AM

love the cover <3 so beautiful :D