Book Promo for Black Jack (The Ace of Hearts #2) by Mikki Kells! 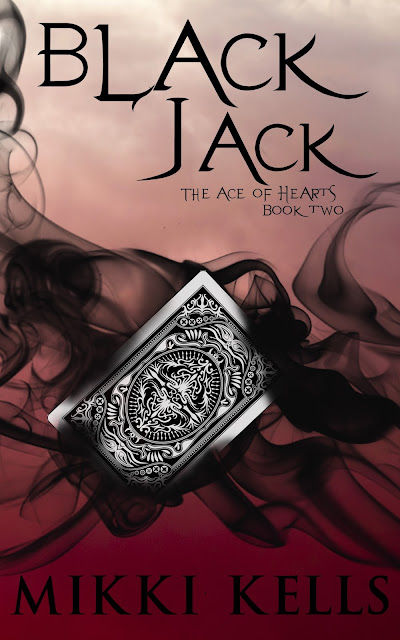 Summary from Goodreads:
Melanie S’velare is a survivor, the strongest witch in her coven, and a princess. With the key to her magic, the Ace of Hearts, presumably destroyed, her powers continue to grow. As her power increases, her control on them becomes weaker until it is clear she may be the most powerful witch on the planet and the most dangerous. The Alaman, another coven, concerned by her strength, send an ambassador to gauge her control, stability, and how dangerous she truly is. The Alaman are well known for killing witches who pose a threat to their own powerful hold over the globe and if they see fit to end her life, she will have no choice but to fight.

With her soulmate by her side and the remains of her Vanguard, Melanie strives to maneuver a maze of political scandals designed to make her falter. If she fails, she will not only lose her throne to the traitorous Lord Rossi, but also her life to the fiery Alaman.

Melanie can only pray her secret that the Ace of Hearts is alive and manipulating them all in a final deadly game is never revealed.

Mikki Kells is both a writer and a rider. She spends her nights crafting fantastical stories and her afternoons bowing to the demands of her beloved horse. Her interests in fantasy and paranormal subjects developed from a childhood of imaginary exploits and continue to influence her professional career. She resides in central Utah.


She swallowed and lowered her hand and he disappeared in a sliver of black vapor. Gavin was an azri, a soul eater. He was also her birth father.