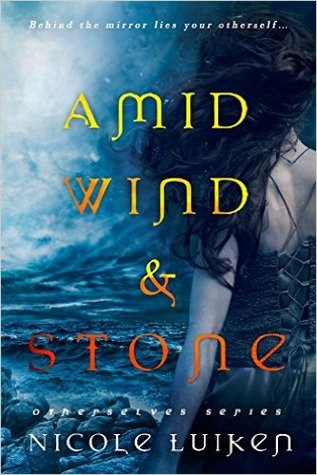 There is one True World, and then there are the four Mirror Worlds: Fire, Water, Air, and Stone.

Audrey and Dorotea are “otherselves”—twin copies of each other who live on different Mirror Worlds.

On Air, Audrey has the ability to communicate with wind spirits. As war looms, she’s torn between loyalty to her country and her feelings for a roguish phantom who may be a dangerous spy.

Blackouts and earthquakes threaten the few remaining humans on Stone, who have been forced to live underground. To save her injured sister, Dorotea breaks taboo and releases an imprisoned gargoyle. Brooding, sensitive Jasper makes her wonder if gargoyles aretruly traitors, as she’s always been told.

Unbeknownst to them, they both face the same enemy—an evil sorceress bent on shattering all the Mirror Worlds.

GUEST POST
You started writing at a very young age.
Did your writing style change over time? And how?

What hasn’t changed are the kinds of stories I’m drawn to writing. Pretty much all of my novels share common elements: fast pacing, different worlds, be they SF or fantasy or paranormal, a romantic subplot, and a female main character.

Another change I’ve really noticed is that my novels have gotten longer over time. I’m having a hard time keeping my current Work-in-Progress, book three of Otherselves, under 100K. In comparison my early novels were all much shorter.

A few years ago I had the interesting experience of taking one of the novels I’d written in my teens, Dreamline, and rewriting it. Though I loved both the characters and the concept and I kept about half the plot, I found that my voice had changed so much that I had to essentially write the novel from scratch. If I’d tried to merely revise the older version of the book, I would have ended up with a hideous patchwork of old and new. 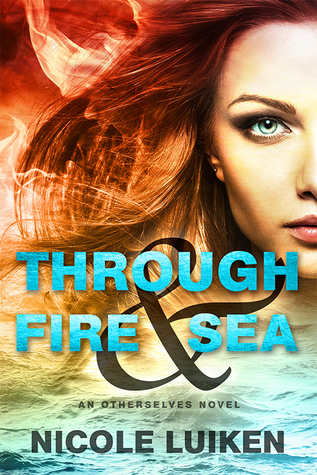 There is one True World, and then there are the four mirror worlds: fire, water, air, and stone. And each has a magic of its own…

In the Fire World, seventeen-year-old Leah is the illegitimate daughter of one of the realm’s most powerful lords. She’s hot-blooded—able to communicate with the tempestuous volcano gods. But she has another gift…the ability to Call her twin “Otherselves” on other worlds.

Holly resides in the Water World—our world. When she’s called by Leah from the Fire World, she nearly drowns. Suddenly the world Holly thought she knew is filled with secrets, magic…and deadly peril.

For a malevolent force seeks to destroy the mirror worlds. And as Leah and Holly are swept up in the tides of chaos and danger, they have only one choice to save the mirror worlds—to shatter every rule they’ve ever known…

Nicole Luiken wrote her first book at age 13 and never stopped.
She is the author of nine published books for young adults, including Violet Eyes and its sequels Silver Eyes and Angels Eyes, Frost, Unlocking the Doors, The Catalyst, Escape to the Overworld, Dreamfire and the sequel Dreamline. Through Fire & Sea, book one of Otherselves, and Amid Wind & Stone, book two of Otherselves, are her most recent releases. She also has an adult thriller, Running on Instinct, under the name N.M. Luiken and a fantasy romance series, Gate to Kandrith and Soul of Kandrith.
Nicole lives with her family in Edmonton, AB. It is physically impossible for her to go more than three days in a row without writing.

I love gargoyles but there aren't many books out there about them. I even have the old Gargoyles cartoon series on video. lol

I love gargoyles, too! Haven't seen the cartoon, tho. I had a lot of fun writing Jasper's character.