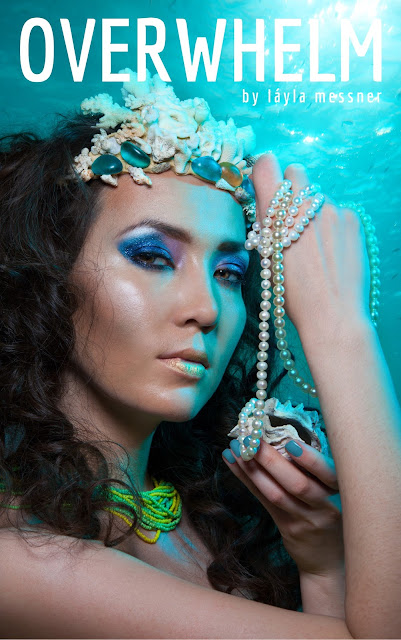 Summary from Goodreads:
The living crystals that feed elemental power to Atlantis are exhausted. They give and give, but the Altantians just want more energy to fuel their magical city. Sixteen years ago, the crystals came up with a plan to make it all stop, a plan that revolves around three teens:

KALIOPE is a soulsinger, an empath with the power to sing the souls of the dead to their next lives. She just wants to grow up, but her mother won't let her.

DANICA is Kaliope's whipping girl. She gets punished whenever Kali disobeys.

CHIARAN is a firestarter, so reckless even his family considers him a monster.

When Chiaran arrives in Atlantis, he's the first fire person to set foot on the island in a hundred years. Kaliope naturally considers him an enemy and uses the last of her depleted power against him. But the battle reveals that the two have more in common than anyone could have guessed.

Anyone, that is, except the crystals.

Three teenage antiheroes, a bisexual love triangle, and an island about to sink.

Overwhelm is a darkly sensual fairy tale about growing up against all odds.

Láyla Messner is a young-adult author and the founder of Chrysalis Sanctuary for healing childhood sexual abuse. She has an M.A. in embodied writing from Goddard College and her novels provide New Sexual Mythology for teens.
She believes that love is real. She does not believe in unsolicited advice or the word "impossible."