Synopsis:
Kadence Sparrow wasn’t born a devil’s child—she was turned into one. Now, she’shiding from the truth, and running for her life.

For years, Kade’s true nature has lurked behind an illusion, so when her dad gets another job transfer, she knows the drill: no close friends, no boyfriends, and most importantly: don’t expose what she is. Ever. Keeping secrets is easy. Lies are second nature. So is the loneliness—and the fear, but when the Shadows attack, and Kade meets Cole Spires, she could expose everything she’s trying to hide.

As one of the Celestial Children, Cole lives by an oath: defend the Ward, protect the Primordial race, guard the gateways, and stick to his own. Everything else is a distraction, and besides, he’s lost enough. Cole’s job is clear, and no one his age does it better. So, when he meets Kade in a club downtown, he assumes she just wants his attention. Most girls do, but Cole soon realizes … Kade isn’t like most girls.

The children of heaven and hell are living among us, fighting an age-old war. And falling for someone from the opposition is not an option. But a chance encounter between Kade and Cole will blur the rules, as Kade’s journey to keep her truth hidden catapults them together and into a web of lies, forcing her to not only face the demon inside her, but to answer the hardest question of all.

Which is thicker—blood or water? 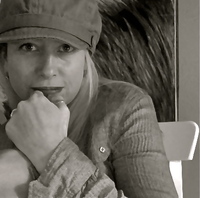 I'm a product of very creative parents and the most imaginative grandmother ever. I have an untapped passion for the supernatural and all things magical. My voracious appetite for reading fantasy started really young ~ and so did my love of words.

By the time I reached my teens, I'd accumulated notebooks full of poems, which I never shared. Poems led to short stories and short stories led to novels.

Now, I write young adult dark urban fantasy novels mixed with a spike of romance, a hint of history, a dash of mythology, and lots of paranormal.

In 2010, I began writing The Fire Born Novels which released September 2013. It's about loss, love, friendship, Irish mythology, and embracing who we are born to be.

The second book in the trilogy, TORN, released in 2014. It's much deeper and darker than TIED. It's a little creepy. It's also my favorite of the trilogy.

In addition, the first book in the Primordial Principles series, CRYSTALLUM, will release in the fall of 2015.

I like creating other worlds because let's face it ~ this can't be all there is. On the non-writing side of life, I'm a former classical dancer, an unabashed music snob, used-to-be-chef, and a right-brained thinker to a fault. I love tea, hate the winter, and when I'm not dreaming up new dead ends to torture myself with, I can be found running. Maybe.

Oh, and all myths and legends are true. But you know that, right?

I am published by J. Taylor Publishing and Booktrope.