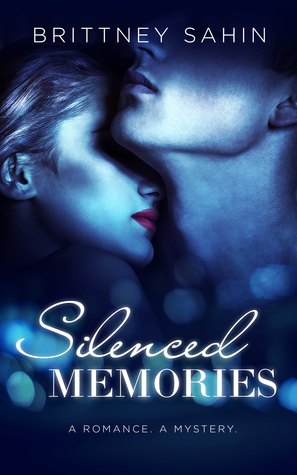 Synopsis:
Kate Adams has never found it difficult to keep a professional relationship with her clients . . . but then she’s never had a client like Michael Maddox. From the moment she arrives in Charlotte, Kate is tongue-tied by the devastatingly gorgeous former Marine and intelligence genius turned multi-millionaire entrepreneur. Michael seems at first glance to be the perfect catch, except for one problem. He doesn’t do relationships. And Kate doesn’t do one-night stands.

But as the tension mounts between them, Kate discovers she has larger problems—an untraceable stalker . . . and a dangerous past. When Michael offers his protection, Kate is grateful, and yet afraid. For as they grow closer, she realizes that Michael has his own secret past. And while he might save her life, he will surely break her heart.

· Excerpt from Chapter 4: Kate Adams (her POV) & Michael Maddox on the dancefloor

Her heartbeat did a cowboy quickstep as he reached for her and held her as if he owned her. Somehow, having Michael’s rock hard body pressed against her was more than okay. “I danced pretty much all my life,” she replied. When he touched the small of her back, moving her closer to him, her eyes widened and she gasped.

There was a shift in the mood of the room as the music changed to a low tempo beat. The sound of the drums thumped in her ears, matching the pounding in her heart. Michael kept his eyes on hers as their bodies collided against each other in rhythmic movement to the music. He was a great dancer, she decided. Very sensual. She breathed in his intoxicating smell and felt herself grow dizzy with desire. Please do not fall for this guy.

“You okay?” Michael pulled away.

“Yeah, I just . . . you ever get the feeling that you are being watched?” Her thoughts, scrambling, had landed on the only other thing on her mind—the creepy text she’d gotten the other day.

“I am sure a lot of guys in here are watching you, Kate.” He reached for her waist in an almost protective manner.

“No, not like that. I mean . . . never mind. Sorry.” Her cheeks burst red, as bright as fireworks on the Fourth of July.

“Is someone bothering you?” His eyes narrowed and he began scanning the room as if on sniper duty, preparing himself for an enemy attack.

“Come on, I will take you.” He placed his hand on her forearm. “There is no way I am letting you walk alone.” He shook his head. “No way.”

Kate stared at him with wide eyes. “Relax. I don’t need a babysitter.” Or do I? The image from the text flashed into her mind again. But she was too stubborn to take Michael up on his offer, despite her nerves. He removed his hand from her arm, and she felt a few degrees cooler without his touch.

Brittney Sahin began writing at an early age, with the dream to be a published author before the age of 18. Although academic pursuits (and, later, a teaching career) interrupted her aspirations, she never stopped writing--never stopped imagining.

It wasn't until her students encouraged her to follow her dreams that Brittney said goodbye to Upstate New York in order to start a new adventure in the place she was raised: Charlotte, North Carolina. Here, she decided to take her students' advice and begin to write again.

In 2015, she published her first novel, Silenced Memories. When she is not working on upcoming novels, she spends time with her family. She is a proud mother of a spunky toddler and a lover of suspense novels, coffee, and the outdoors.

What an impressive cover! Can't wait to read this book.

Thanks Mai. Hope you enjoy :)

A romance with suspense sounds great! Would love to read this!

Oh I love reading the romantic books...that have the suspense too! Cannot wait to see what happens between them!

Sounds interesting. I love the cover.

This book sounds amazing and I would love to read it. Ty

Thank you Laura, Elena, and Bridgett. I hope you enjoy the book & good luck with the giveaway!!

This sounds great! Thank you for the giveaway!

Thanks Irma! Good luck with the giveaway:-)

thanks for the chance!

LOVE the cover so much!