Release Blitz for The Black Wolf (In the Company of Killers Book #5) by J.A. Redmerski 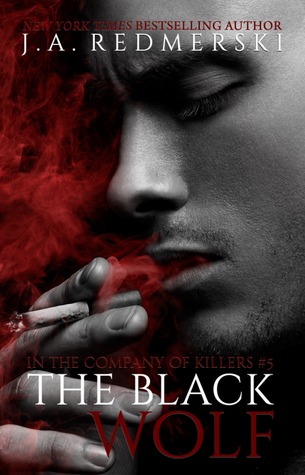 Since devastating secrets were uncovered by Nora Kessler, Niklas Fleischer and Victor Faust have been divided as business partners and brothers. But ultimately Niklas is persuaded to lead a mission to Italy, and he sees it as an opportunity to set in motion forgiveness—or retribution—for his brother’s betrayal.

The mission: play the role of a wealthy German investor and kidnap a beautiful, notorious madam named Francesca Moretti. No stranger to these types of roles, Niklas is the best man for the job, but this time the risks will be much greater as he will not be doing it alone. Izabel Seyfried, still fresh out of a life of imprisonment and sex slavery, could be negatively affected by the things she will see in Moretti’s mansion, and Niklas must keep her in line so she does not blow their cover and get them killed.

But Niklas isn’t the only one who must play a role—Nora takes on the humiliating task of playing Niklas’s slave, and Izabel must play the role of his lover.

On one hand, Niklas couldn’t be enjoying himself more. On the other hand, the emotions that continue to rage inside of him may be too much for him to control, and it may be Niklas—not Izabel—who needs to be kept in line. He cannot forget what Victor has done, and this mission may just be the beginning of his downward spiral.

Can the blood bond that Niklas and Victor share as brothers be stronger than resentment? Or will vengeance dig the blade so deep that their bond be eternally severed?

Previous titles in the The Company of Killers:

J.A. Redmerski, New York Times, USA Today and Wall Street Journal bestselling author lives in North Little Rock, Arkansas with her three children, two cats and a Maltese. She is a lover of television and books that push boundaries and is a huge fan of AMC’s The Walking Dead.