Excerpt & Giveaway for Secret of the Sevens by Lynn Lindquist 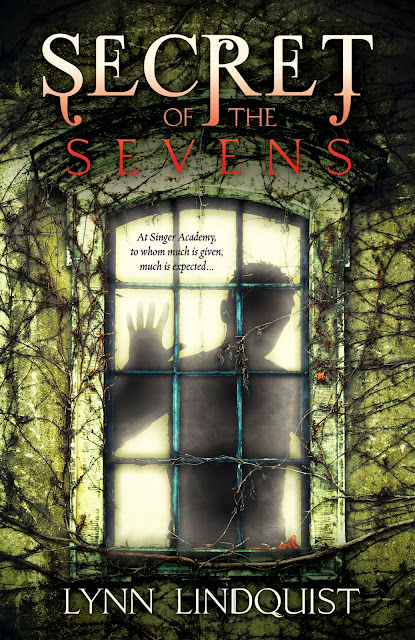 Everyone at Singer, a boarding school for underprivileged kids, knows the urban legend of the Society of Seven. Decades ago, the original members of the secret guild for elite students murdered the school's founder and then perished in the fire they lit to hide the evidence. Or so the story goes.

Talan Michaels doesn't care about Singer's past. He's too focused on his future and the fact that he'll be homeless after he graduates in May. To take his mind off it, he accepts a mysterious invitation to join a group calling itself the Sevens.

He expects pranks, parties, and perks. Instead, he finds himself neck-deep in a conspiracy involving secret passages and cryptic riddles about the school's history. Even worse, he's now tangled in web of lies someone will kill to keep hidden.


“At the end of the day, it’s Talan and his endearing combination of bravado and vulnerability, coupled with the crackling chemistry he shares with Laney, that will keep readers turning the pages. A satisfying read for secret-society fanatics and romantics alike.” – Kirkus Reviews

I wrap an arm around her shoulder. “I didn’t say anything about dropping out. It’ll be fine. I’ll be careful. I promise.” Without thinking, I bundle her close and kiss her forehead.
The second I do it, I’m paralyzed. Laney and I don’t have the kind of friendship where we hug or kiss. Hell, we don’t even touch when we pass the salt at dinner. My arms tense like wood around her back, and I hold my breath waiting for her reaction. I’m a mannequin trapped in a pose while my brain scrambles to come up with a joke I can crack when she pushes me away.
Only she never does.
She nestles inside my arms instead. It’s obvious she’s lost in thought about something, but she still seems pretty damn comfortable.
And so am I.
I’m not used to girls touching me. Well, not like this anyway. I’m blown away by how different this feels. Lying here all peaceful, with uptight Delaney Shanahan all soft and cuddly, snuggling me like a body pillow.
I allow myself to exhale. My hand rests on the center of her back, rising and falling with her even, steady breaths. Her body forms to mine, and I catch a whiff of that lavender stuff again. She lies in a daze with her hand resting over a scar on my chest.
“Stay right there,” I say, sitting up. “I’m cold. I’m just gonna grab a shirt real quick.”
“No.” She nudges me back against the pillow, trapping my eyes with hers. “I’ve seen them before,” she whispers. “They don’t bother me.”
She lowers her head to my chest again and rides her finger over the raised scar that sits over my heart. I reach for her fingers, but she gently nudges my hand aside. “It looks like an S,” she says.
“It is. For Superman.”
She laughs softly and traces over the scar again. “How did you get this, Talan?”
I stumble over my words. “I... I’ve told you. On a playground when I was little.”
“No,” she says quietly, without looking at me. “How did you really get it?”
I’d push her away, but it feels too good, like I’ve been starving for her touch. Her fingers glide warm and tender over my bare skin. That ticklish “S” is totally screwing with me. My nerve endings are whipped into a frenzy. I try to think of something besides her, but it’s too late. My body is painfully aware that I’m lying half-dressed and alone in my bed with Laney, her hands running over my bare chest and her warm curves molded to mine behind a locked door.
Maybe I should try that kiss again, only this time…
“Talan?”
Laney jerks her head up.
“Please tell me it was you that just said my name,” I whisper.
Terror colors her cheeks as she slowly shakes her head from side to side.
“Talan? Are you in there with Laney?”  It’s Mom Shanahan.
Laney jumps up and yanks me off the bed so hard that I land on the floor with a thud.
“Yes, we’re in here!” Laney yells a little too enthusiastically. “You can come in Mom. We’re not doing anything.”
Mom jiggles the knob, but the door won’t open. “Why is this door locked?” she shouts.
“Oh fug!” Laney trips over my backpack in her rush to open it.
She reaches it about the same time I notice that the map and Sevens’ note are still spread out on my bed. I dive across the mattress, scrambling to bury the papers under my bedspread before Mom sees them.
When her mother walks in, I’m sprawled bare-chested across my bed, sweating profusely and trying to smooth out my tangled sheets and crumpled comforter. Laney stands next to the doorway, gnawing nervously on her thumbnail. Her hair is mussed and her face is redder than a sunburn.
I’m not sure what it looks like we were doing, but from the expression on Mom’s face, she isn’t giving us the benefit of the doubt anymore.
Ah shit. 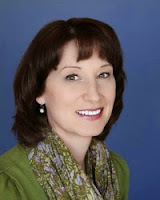 Lynn Lindquist lives in a suburb of Chicago with two overly-social sons and a mutt named Slugger who wisely hides under the bed most days. The hordes of teenagers that regularly frequent her house (think Panama City Beach during spring break) provide fodder for her young adult novels and growing anxiety disorder. Ever since her sons broke the Guinness Record for Largest-Rager-Thrown-While-a-Parent-Was-Out-for-the-Night, she enjoys spending her free time at home entertaining friends, cooking, reading, and writing. Thankfully, her favorite things in life are her sons, words, and kids, so she wouldn’t have it any other way. She is represented by Katherine Boyle at Veritas Literary Agency.

this book sounds amazing! I love boarding school and mystery books and i'm sure this one will be awesome