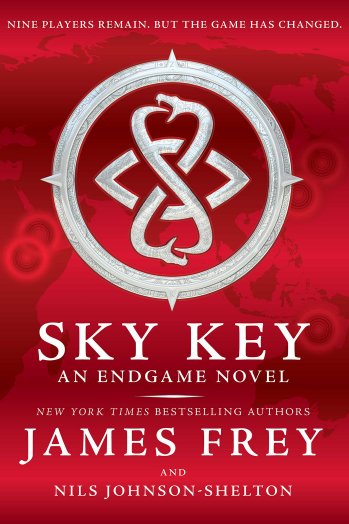 The sequel to the New York Times bestseller and international multimedia phenomenon, Endgame: The Calling.

Endgame is here. Earth Key has been found. Two keys—and nine Players—remain. The keys must be found, and only one Player can win.

Queens, New York. Aisling Kopp believes the unthinkable: that Endgame can be stopped. But before she can get home to regroup, she is approached by the CIA. They know about Endgame. And they have their own ideas about how it should be Played. Ideas that could change everything.

Kingdom of Aksum, Ethiopia. Hilal ibn Isa al-Salt narrowly survived an attack that leaves him horribly disfigured. He now knows something the other Players do not. But the Aksumites have a secret that is unique to their line. A secret that can help redeem humanity—and maybe even be used to help defeat the beings behind Endgame.

London, England. Sarah Alopay has found the first key. She is with Jago—and they are winning.But getting Earth Key has come at a great cost to Sarah. The only thing that keeps the demons at bay is Playing. Playing to win.

Sky Key—wherever it is, whatever it is—is next. And the nine remaining Players will stop at nothing to get it. 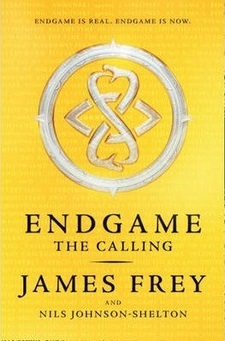 Twelve thousand years ago, they came. They descended from the sky amid smoke and fire, and created humanity and gave us rules to live by. They needed gold and they built our earliest civilizations to mine it for them. When they had what they needed, they left. But before they left, they told us someday they would come back, and when they did, a game would be played. A game that would determine our future.

For ten thousand years the lines have existed in secret. The 12 original lines of humanity. Each had to have a Player prepared at all times. They have trained generation after generation after generation. In weapons, languages, history, tactics, disguise assassination. Together the players are everything: strong, kind, ruthless, loyal, smart, stupid, ugly, lustful, mean, fickle, beautiful, calculating, lazy, exuberant, weak. They are good and evil. Like you. Like all.

When the game starts, the players will have to find three keys. The keys are somewhere on earth. The only rule of their Endgame is that there are no rules. Whoever finds the keys first wins the game. Endgame: The Calling is about the hunt for the first key. And just as it tells the story of the hunt for a hidden key, written into the book is a puzzle. It invites readers to play their own Endgame and to try to solve the puzzle. Whoever does will open a case filled with gold. Alongside the puzzle will be a revolutionary mobile game built by Google’s Niantic Labs that will allow you to play a real-world version of Endgame where you can join one of the lines and do battle with people around you.


Will exuberance beat strength? Stupidity top kindness? Laziness thwart beauty? Will the winner be good or evil? There is only one way to find out.