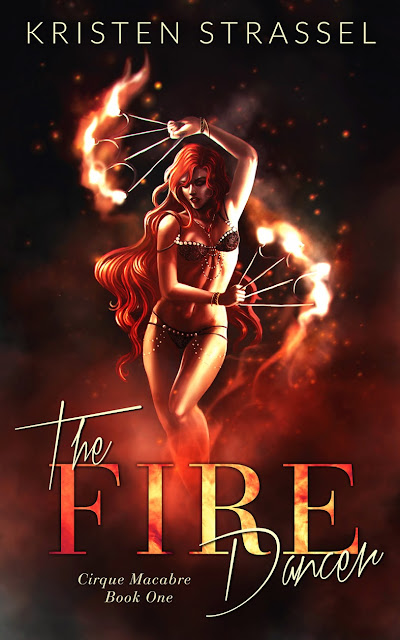 At Le Cirque Macabre, Holly Octane bursts into flames five nights a week. The stage is where Holly feels most alive. When she’s there no one can touch her, and everyone adores her.

Brought to Las Vegas as vampire bait, Holly’s connection to the immortals is a mystery. She’s one of a kind-- traveling through time and igniting when her emotions get too hot to handle. The only people who understand her are an aunt with a hidden agenda and her fortune teller girlfriend, Rainey, who doesn’t see a future with Holly in it.

Cash Logan needs Holly, but she’s not the reason he came to Vegas. The enigmatic magician seeks Blade Bennett, a vampire that has a power that he shouldn’t have--fire. A power that could determine the future of all of vampire kind. Holly’s the only one who can help Blade control his fire, but their feelings for each other are too fiery to ignore.

Immortals rule the Vegas night, and not one of them trusts Cash or Blade. If Holly lets them draw her in to this world designed to destroy her, she’ll lose everything—the only family she’s ever known, and everyone who adores her.

Las Vegas is her stage, and Holly is determined to set the city on fire.


*THE FIRE DANCER is a spinoff novel from The Night Songs Collection. 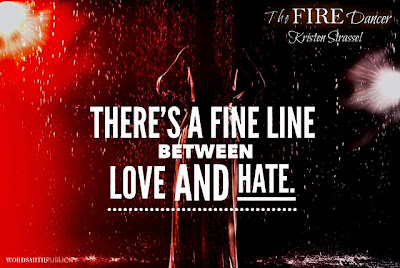 Blade broke through the force field, the final barrier that was keeping us apart. As soon as his lips brushed mine, it was like I was breathing his oxygen. I drew him in. He didn’t hesitate, his tongue darted between my parted lips, shyly at first, but as I balled fistfuls of his hair, he grew more confident, pressing me against his chest. It was different, kissing a man. His strength, the feel of his beard moving against my cheek, and the taste. So unexpectedly sweet. God, I could drink it like nectar. His fangs scraped against my bottom lips, and I cried out, but he didn’t break the skin.

The flames slowly licked my skin, his skin, it was all one as we melted together. The heat intensified as we got sucked into the core of the inferno, falling through the reds and oranges into the blues as everything around us exploded. All I could see was Blade. 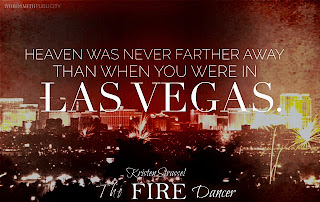 We hit the ground hard. Gravity was the only thing that could tear us apart. Blade was shrouded in blue, his features flickered before me. I gasped as I realized we were fully engulfed in flames.

I grabbed his hand. “We need to get in the water!” Pulling him toward the pond, we broke the still plane, the heat hissing as it surrounded us in a cloud of smoke. The bench we’d sat on had been reduced to kindling, crackling in the dying flames, but other than that, we hadn’t disturbed the peace of the park. “Oh my God.” I laughed.

Blade’s eyes fell down to my body, my skin wet and bare after the fire. He took one step closer to me. “You’re beautiful.” His words were wisps, like the smoke still wafting from his bare skin.

He was covered in soot and nothing else. I could barely breathe looking at him. My fingers were drawn to his chest, leaving a clean trail as I traced the outline of his muscles. “I guess we should’ve known that would happen.” I dared to meet his eyes. They glowed blue, like the center of the flame that threated to engulf us again if we took one step closer.

“How?” He blinked rapidly, probably trying to stave off the burn that was rising again inside of him.

“There’s a fine line between love and hate.” 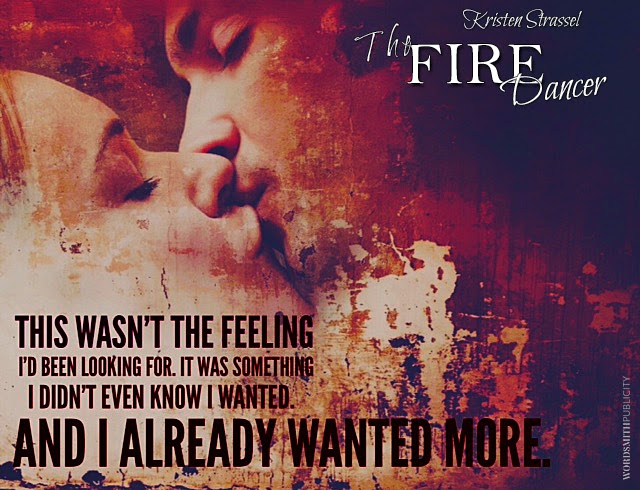 Kristen shares a birthday with Steven Tyler and Diana Ross. She spends each day striving to be half as fabulous as they are. She’s worn many hats, none as flattering as her cowboy hat: banker, retail manager, fledgling web designer, world’s worst cocktail waitress, panty slinger, now makeup artist and author. She loves sunshine, live music, the middle of nowhere, and finding new things to put in her house.