To save the Faery world and her mother’s life, Lorelei sacrificed everything, and the dangerous bargain she made in Nevermore had lasting repercussions. Now safely back in her own world, Lorelei seems the same to her highschool friends and her supernatural boyfriend. Yet love across dimensions is complicated, especially when an invisible Veil between the two worlds—the only bridge that links the pair, is sealing, threatening to separate Lorelei and Adrius forever.Determined to find a solution, Lorelei resorts to using her new found powers. But when her friends succumb to the same mysterious illness that nearly took her mother’s life, Lorelei can’t help but wonder if her own dark magic is responsible. Still, the nightmares from Nevermore continue their icy hold. Someone from Adrius’s past arrives, determined to destroy Lorelei’s world starting with those closest to her, and Lorelei is forced to choose between her family and friends and a love that was ill-fated from the start. 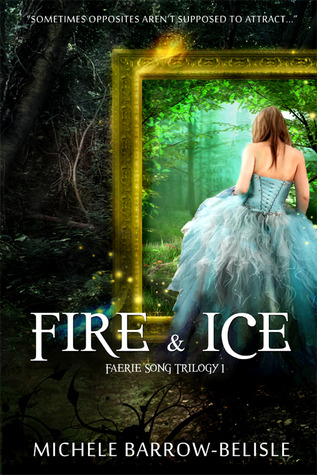 A dreamer at heart, Michele Barrow-Belisle has always lived with one foot in this reality and one foot in another, one of her own imagining. So it follows that she would grow up to write about and sculpt the characters from those enchanting worlds she knows and loves so well. As a fan of everything romantic, her young adult novels are populated with witches and vampires and faeries. Michele resides in southern Canada with her hubby and son who indulge her passions for writing, reading, lattes, and most of all chocolate.

Did we mention the chocolate?