Book Promo: Excerpt and Giveaway! HOW (NOT) TO FALL IN LOVE by Lisa Brown Roberts 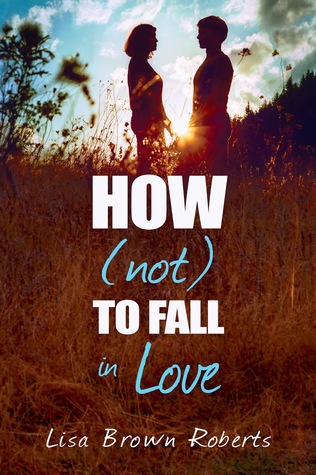 A girl who’s lost everything meets a guy who can fix anything. Just one problem: Falling in love isn’t an option.

Seventeen-year-old Darcy Covington never had to worry about money or where her next shopping spree was coming from. Even her dog ate gourmet. Then one day, Darcy’s car is repossessed from the parking lot of her elite private school. As her father’s business hit the skids, Dad didn’t just skip town, he bailed on his family.

Fortunately, Darcy’s uncle owns a thrift shop where she can hide out from the world. There’s also Lucas, the wickedly hot fix-it guy she can’t stop crushing on, even if she’s not sure they’ll ever get out of the friend zone.

But it’s here among the colorful characters of her uncle’s world that Darcy begins to see something more in herself...if she has the courage to follow it.

The tray slammed down, sending cups and plates clattering. I whirled to look at him. He bent over the counter, picking up the spilled cups, his hair hiding his face.

“Are you okay, Lucas?” I didn’t know what was happening, or understand the energy rolling off of him in waves. I could practically reach out and touch it.

He ignored me as he washed dishes in the sink.

“I used to think I was in love with him,” I said, surprised by my confession. “If you can believe it.”

Lucas stilled, then straightened and turned to look at me. “I can believe it. Girls are suckers for a pretty face.”

And I couldn’t take it back.

He watched me silently, waiting. I turned back to the counter, scrubbing hard, wishing I could erase my words the way I erased the coffee stains.

“But you’re over him,” Lucas said from behind me.

I nodded, but didn’t turn around. “There’s not much to be over,” I muttered. “He never really knew me. And he’s not very…aware of what other people are going through.”

Unlike you, I wanted to say, but this time I kept my mouth shut.

Lisa Brown Roberts still hasn’t recovered from the teenage trauma of nearly tweezing off both of her eyebrows and having to pencil them in for an entire school year. This and other angst-filled memories inspire her to write and read YA books about navigating life's painful and funny dramas, and falling in love along the way. Catch up with Lisa at lisabrownroberts.com, Twitter, Facebook, Tumblr and Instagram