Title: Kevlar To My Vest

Behind the badge and the pretty face was a heart. A heart that bled just like the rest. A heart that was so in love with Viddy Sheffield that it was humiliating. Trance had been burned before by a woman that couldn’t handle the fact that he risked his life each and every time he went on shift. She was too vulnerable; somehow he had to convince his heart to let her go. His life would chew her up and spit her out.

Viddy couldn’t get the man out of her head. Just the thought of Trance put a smile on her face. And when he walked into the same room? Words couldn’t explain. God help her, but she was even in a relationship with another man. She shouldn’t be thinking about the sexy biker with the voice that made shivers dance down her spine.

Then the unthinkable happens, and the sexy cop she can’t stop thinking about is there for her, giving her what she never knew she needed. One moment in time, and she finds herself falling for the man, lock, stock, and barrel. The two of them have a lot of work to do to make this relationship succeed. What they didn’t know, however, was that there were people behind the scenes that were working to keep them apart. Sometimes the saying is true. You can’t always have what you want.

The look in his eyes was utterly scary.

A good scary, but still scary.

He looked like he was about to devour me from the toes up.

“Wh-what are you doing?” I asked in surprise.

The hand that was at his gun belt finally worked the link loose, and he dropped his belt onto the couch with a loud thunk. Then he unbuttoned the top most button on his shirt, grabbed it by the back of his collar, and drew it over his head in one fluid motion.

The shirt went to the same place as the belt, and then he started on the Velcro straps that held his Kevlar vest on. With three quick tugs, he had each Velcro strap released, and he was pulling the vest off in quick, jerky movements.

“Jesus, you should play strip poker with all the clothes you have on. I’d bet you’d win!” I chattered nervously.

His eyes never wavered, but the sparkle in his eyes told me he was amused by my nervousness. They pretty much said, ‘As well you should be. I’m about to devour you.’

His white t-shirt was next, followed by the button on his pants.

In response to that sparkle in his eye, I, of course, blurted out the most embarrassing thing that I’d ever uttered. “I’m a virgin!”

The hands that were in the process of pushing his pants down his hips froze in their tracks, and a feral, almost satisfied look, came over him right about the time his hands found my hair.

I was pulled forward, one arm around my neck and the other hand having a full grip of my hair, until I was flush against his naked chest.

“You couldn’t have said anything sexier to me right now.” He growled, and then my body was flying through the air.

I wound up on his shoulder, staring at his fine ass.

His pants were riding low, just barely giving me a peek of the muscular globes of his ass.

Not able to control myself, I placed a hot, open mouth kiss on each cheek before taking my hands and shoving them down his pants. I cupped the perfection, letting my nails dig in when his grip tightened across my back.

“Stop it,” he said smacking my ass. “You’ve already thoroughly ruined my control in the car with your teasing. Keep it up and it won’t be what you need. It’ll be rough, raw, and dirty.”

“I like rough, raw, and dirty,” I panted just before biting his ass.

I squealed when he tossed me down on the bed.

My skirt, which had been formed around my legs down to my knees, was shifted up by rough hands.

“Take your shirt off,” he demanded as his blunt fingers ran up the outsides of my thighs, hooked around my panties and yanked them free.

“Shirt!” He growled as I watched him descend between my legs, and hooked my legs around his strong shoulders.

A rough, callused thumb swept the outer lips of my pussy, and he growled in appreciation. “I like that you shave here.” He hissed. “And that you’re so wet. Is that all it takes? A little dirty talking from me, and that gets you ready for the taking?”

My shirt’s removal was all but forgotten with every button undone, as well as the front clasp of my bra. I had no more willpower to remove anything. Instead, focusing on what he was doing to me.

My hand moved to his blonde curly hair, and I dug in with all of my fingers.

I didn’t guide him, though. Trance wasn’t the type of man that needed, nor wanted, guiding. He was all man, and the last thing he needed was any direction. 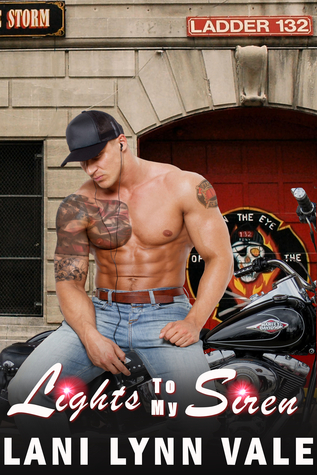 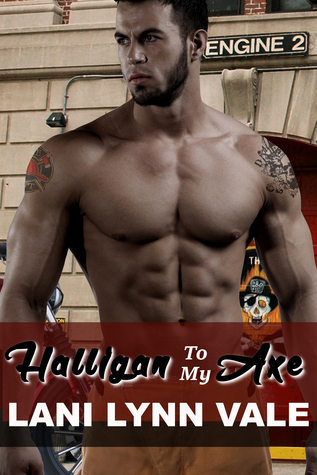 I’m a married mother of three. My kids are all under 5, so I can assure you that they are a handful. I’ve been with my paramedic husband now for ten years, and we’ve produced three offspring that are nothing like us. I live in the greatest state in the world, Texas.

Giveaway: 4 – eCopies of Kevlar To My Vest (US Only)