Book Blitz: Excerpt and Giveaway! Ever Darkening by Janeal Falor 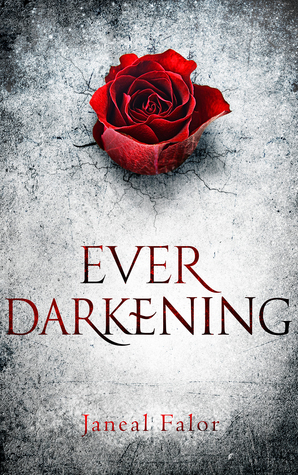 Perfection. Goodness. Elimination of evil. It's what seventeen-year-old Kaylyn has trained her entire life to achieve. But no one is prepared for the consequences of her actually defeating all evil people on the planet. Finally successful in her mission, Kaylyn faces an unfamiliar world, full of good people doing good things, in which she no longer has purpose.

When the skies grow dark, and a stranger from another village pleads for her help, her instincts roar to life. It turns out their perfect world isn't exactly what it seems. Kaylyn's new quest, harder than any she's been on before, will rip apart her friendships, her life, and her soul more than any evil man ever managed to.

Being the one chosen to kill the entire evil population is a burden heavier than sin. Not that Iknow what it’s like to sin, but I imagine this is worse. Killing is never taken lightly, even when sanctioned by our leaders, the same leaders who chose me to carry it out. I’ve lost count of how many Malryx I’ve executed for that exact reason. And now there is only one left. Only one evil being. My purpose of being is almost complete.

Janeal Falor lives in Utah where she’s finally managed to live in the same house for more than five years without moving. In her spare time she reads books like they’re nuts covered in caramel and chocolate, cooks whatever strikes her fancy, and enjoys the outdoors. Her husband and three children try to keep up with her overactive imagination. Usually they settle for having dinner on the table, even if she’s still going on about the voices in her head.

This really looks like a fantastic read and I love the cover of the rose!!!!

Ever Darkening sounds great! I would love to read more of this book. Thank you

I enjoyed the excerpt and looking forward to reading this book. I like the cover as well. Thanks for sharing :)