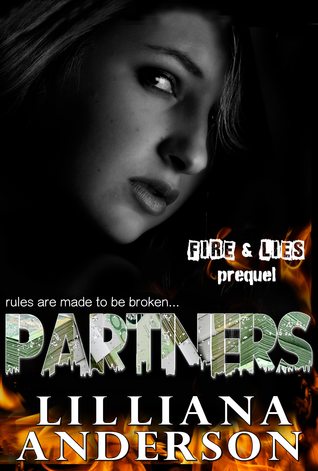 Rules are made to be broken…

That’s what they say but I used to follow the rules. I used to have pride, honor, and obedience. I was raised to believe that in the world in which I lived, money and power ruled, and everyone made sacrifices. I knew my priorities. Family first. The company second. And what I wanted a very distant third. I followed the rules, but couldn't have known that obedience would ultimately cause betrayal. On many fronts. My father was framed, and I’ll do whatever it takes to put the right man behind bars. My name is Chloe Donovan, and I’m going to make things right. But to do that, I need to break the law, and I can’t do it on my own. I need help. The problem is, the only person capable of helping, hates me. I don’t blame him. I promised him the world and then I ran away…

Until Chloe Donovan. She was my boss’s daughter. I shouldn’t have touched her. But I did. Three years ago, she came into my life, consuming it. Consuming me. I needed her. She betrayed me, as did her father. Lies and deception. Never again. Chloe was the worst mistake I ever made. She’s temptation and destruction wrapped in a beautiful package. But, my blood doesn’t really fill my brain when I’m around her… Now, she’s back, declaring her innocence and once again, ensnaring me with her magnetism, her beauty, her allure. I should say no. But Chloe Donovan owns me. I still want her. Her draw may be the death of me.

“Not one to take a hint are you?” he grumbles as he heads up the path and climbs the steps. I push off the railing and stand to meet him by his front door. “It’s important.”
“So you keep saying.” He sounds tired, his voice much softer than it had been earlier and he inserts his key, pushing the front door open. As he walks past me, I smell the faint scent of another woman’s perfume and my mouth speaks before my brain connects. “Have you been with someone?”
Stepping inside his home, he pauses and blocks the door. “That is absolutely none of your business,” he states.
“Does this girl know what you were in your office dry humping me before her? Does she know I’m the one that got you fired up?” I’m attacking him and it’s stupid and unwarranted. Essentially, I have no right to be behaving this way. But I can’t seem to stop myself from feeling a jealous rage at the thought of him with another woman.
His eyes narrow for a moment and within a blink of the eye his arms shoot out and he grabs me, hauling me through the door and slamming me against the wall. The movement surprises me and I gasp and follow my instinct to fight him. He flattens his body against mine, pinning me so I can’t move and he grabs my wrists pressing them together over my head. I wriggle beneath him, feeling way out of my depth. I talk tough, but in this moment, I feel anything but. “Let me go, Aiden,” I demand through clenched teeth.
“Why? Isn’t this what you came here for?” He readjusts his grip so he can hold both of my wrists in one hand then trails his other one down my arm. “It’s why you’re here acting like a jealous girlfriend, right?” His hand pauses at my throat and wraps around it uncomfortably as he leans into me, brushing his rough stubble across the skin of my cheeks. “Do you want me to fuck you, Chloe?” He pushes his groin against me and I can feel his erection dig into me.
I wince. “No? Then what?” His breath is hot and his fingers tighten around my throat as his mouth moves toward my ear and he growls, “What the fuck do you want from me?” Tears burn in my eyes and I them shut, suddenly feeling as though I’ve pushed him too far. I should have told Leah to go fuck himself. I should have stayed home and thought of another way to get Aiden to listen. Things are different now. So much has happened in the last three years. So much has changed in each of our lives. We’re different people. Capable of different things. When you back a person into a corner, you can’t always be sure how they’ll react…
I twist my head away from him as my emotions hit me and I let out a strained sob. I didn’t want to cry. I wanted to stay in control but he’s scaring me. At the sound of my cry, his grip lessens, it’s if he suddenly realises what he’s doing and he slowly releases me. “Shit,” he hisses, taking a step back to give me some space to move.
I don’t waste my time, the moment my hands are free, I swing my body, bringing my arm around and slap him loudly across the face. “Fuck you, Aiden! Fuck you!” I scream, my body shaking with fear, desire and anger from his intimidation tactic. His cheek becomes immediately inflamed and I watch the red bloom across his skin, as I glare up at him, angry that we’re even in this situation.
Things used to be so different between us...
“I guess I deserved that,” he admits.

Bestselling Author of the Drawn Series, the Beautiful Series, and the Confidante Trilogy, Lilliana has always loved to read and write, considering it the best form of escapism that the world has to offer. Australian born and bred, she writes New Adult Romance revolving around her authentically Aussie characters as well as a biographical trilogy based on an ex-Sydney sex worker, named Angelien. Lilliana feels that the world should see Australia for more than just it's outback and tries to show characters in more of a city setting. When she isn't writing, she wears the hat of 'wife and mother' to her husband and four children. Before Lilliana turned to writing, she worked in a variety of industries and studied humanities and communications before transferring to commerce/law at university. Originally from Sydney's Western suburbs, she currently lives a fairly quiet life in suburban Melbourne.