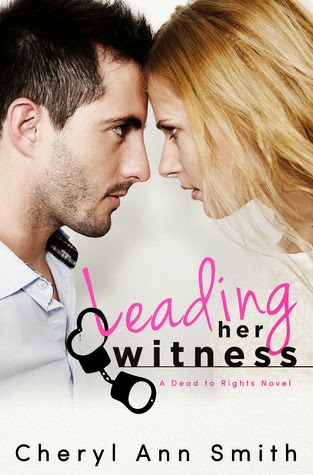 That changes when she serves papers on a notorious crime boss and puts her life in real jeopardy. But despite this close call, Andie will not let threats keep her from doing her job. She puts the matter behind her until a hunky U.S. Marshal tracks her down and solicits her help to find the fugitive. Again. At first Andie adamantly refuses, but eventually agrees when she’s swayed by the Marshal’s persistence and rather dreamy brown eyes. However, when crime boss Sammy Gilroy, finds out she’s back and close on his heels, he threatens to make her disappear for good this time.


Marshall Colin Navarro needs to find Sammy Gilroy before the man vanishes forever. Colin is certain that the notorious crime leader was involved in a shoot-out with the FBI that injured his sister. But he never expected that he’d have to sway a newbie process-server to help, or that she’d turn out to be stubborn, aggravating, and an all-around pain in the ass. Yet despite her shortcomings, he cannot figure out why she’s taken over his thoughts and is front and center in some very hot fantasies. But can he keep her from getting herself killed as they edge closer to catching the fugitive?


Then again, the crime boss and his goons don’t know who they’re messing with. With Andie on the case, Colin is beginning to believe that justice may be served after all.

Every author puts some of herself into her books. It could be her eye color, her personality, or maybe her deepest darkest fantasies. For me, I include my wicked sense of humor in all of my books. In my new release Leading Her Witness my heroine, Andie Dixon, is a compilation of parts of me and the kick-butt heroine I’ve always wanted to be. She’s a newbie process server who will do anything to make a serve. And sometimes she gets into serious trouble.

As the author of five Regency romances before changing over to contemporary romance, I had to stay within certain parameters. With a contemporary setting, the only boundaries are my imagination, and my editor gently reining me in when I get too far into crazy. And I do like crazy! If my heroine isn’t in danger, or getting into mischief, I’m not having any fun. And my reader’s aren’t either. And if the heroine isn’t completely exasperated with my alpha hero early on, how can their relationship be off the charts yummy when they finally do get together?

Below is a clip from Leading Her Witness right after the hunky U.S. Marshal asks her to help him find the dangerous crime boss she’s previously served. She refused. He isn’t giving up.

It took a dozen deep breaths before her heart slowed. Then a knock on the window shot her upright on the seat.

“Dammit.” She rolled down the window.

Watching his jaw clench, she had to give Marshal Navarro credit. He obviously wasn’t the sort to give up easily. He reached into the open window, pulled up the lock, and swung the door open. He forced her to slide over as he climbed behind the wheel. She scrambled sideways to the other end of the bench seat so as not to touch any part of his hard body.

“I told you I wasn’t helping you and I meant it.” She crossed her arms to show him she was serious. If she was one thing, it was stubborn. “Now get the hell out of my Jeep.”

“Look.” He reached down and slid his hand along the bottom of the seat. The seat jerked backward when he found the release. He moved to a more comfortable position and faced her. “I know you’re scared, and I can understand that.”

“I am not scared.” She wasn’t scared. She was terrified.

This passage shows the beginning of their tumultuous relationship. Colin and Andie rarely agree on anything. He thinks she’s a wild card and she thinks he’s a bossy jerk. What’s more fun than throwing two opposites together to see what happens? Leading Her Witness is a crazy journey as Colin and Andie overcome danger, and their differences, to find true love. And I threw in a cast of quirky secondary characters to up the fun. I hope you enjoy the ride!

A fan of romance fiction since the dark ages, author Cheryl Ann Smith loves to throw her heroines into danger, just to see what they’ll do. Her dream of publication came true in 2011 when the first in her historical romance series came out with Berkley Sensation. And just this year, she sold a new contemporary series to Tulip Romance, thus allowing her to mix her crazy sense of humor with suspenseful elements to write about process server, Andie Dixon, the kick-ass heroine Cheryl has always wanted to be.


Cheryl lives in Michigan with her family, two cats and a very hairy dog. She enjoys outdoor adventures and traveling, when she has the time, and hopes to make her first visits to Europe and Australia in the very near future.