Halen knows the sparks igniting under her fingertips are dangerous. She has spent her entire life trying to quell the tingly feelings that make her destroy things, but now that she is back in Rockaway Beach, where she watched her father drown, the flames have become impossible to tame. Even more dangerous than the flames are the images of a mysterious boy with stormy gray eyes and a crooked smile that she can’t seem to stop drawing.

Halen is trying to hold on, but when she is thrust into a mysterious new world, the underwater realm of Elosia, she unravels the secrets of her past and can't help but ignite. As she explores Elosia, she realizes her life has been a lie. And when those who have deceived her come to her for help, and the mysterious boy from her drawings becomes flesh and blood before her eyes, Halen must choose—walk away or unleash the magick that could destroy them all.

His silence was deafening.

The scrolls rattled in their cubicles with her rising frustration. “Tell me what you know! At least tell me what you’re thinking. For once!”

He mumbled under his breath but loud enough for her to hear.

“You don’t want to know what I’m thinking.”

“Yes, I do!” She leaned closer to him. “Since I’ve been here you have been speaking in riddles—all of you. Are you scared I might lose it if I know the truth?”

“Natalie was a blue moon siren, but you are nothing like her!” he shouted, and she startled.

“That’s right. I’m not her, so stop comparing me to her.” Her fingertips sparked. He was so infuriating.

“You could never be like her.” His tone snapped between gritted teeth. “She was strong—fearless.”

“Are you calling me weak?” She was hot now, every cell of her burning. The rage inside her craved fuel.

“You are so clueless.”

His remark was gasoline to her fire. “Clueless!” Her voice rose up shrill. “Me?” She waved her hand up, and she felt a charge rush from her fingertips. “What about you? You have zero communication skills!” The heat rose hotter and it felt good to finally let the fire loose. She waved her hand just over his head and the scrolls, filled with her energy, started popping out. “I didn’t ask to come here!”

She screamed and the scrolls and books shot from the shelves. Dax ducked, dodging a hard leather bound book.

“I want to home!” Her voice rose shrill. “Take me home now!”

“Halen, enough!” He held up both hands, his palms facing her.

He was saying something more, but she couldn’t hear him over the angry voices in her head. All she wanted to do was make him shut up. With a wave of her hand, she commanded an entire cubicle of scrolls from the wall. They hung, poised in the air, like darts. She was amazed to see them hanging there, one by one. She was also pleased. With one final wave of her hand, she released them.

Dax didn’t even duck. Instead he rammed into her. She buckled, bending back in his arms. He lost his balance and her arms flayed trying to stop their fall, but it was no use. They fell together, landing hard on the cool silver floor. His heartbeat pounded against her chest. At once the frantic rhythm broke the torrid thoughts swirling her head. The scrolls dropped to the ground, tumbling all around them. He had snuffed her rage, but with his entire body pressed to hers, his energy infusing with hers, a new fire ignited. 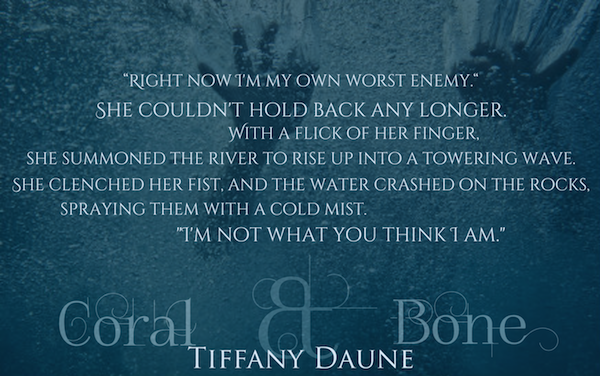 I write stories about magick, love and dark creatures lurking in the shadows. When I'm not lost in Edit Land you can find me reading a book from my towering TBR pile or at the movie theater nibbling licorice. I don't have a lucky number, but my favorite time is 11:11. I completely believe that the fortunes found inside cookies will come true and that you must be careful when wishing on stars. I live on an island, so if you want to visit you'll need a boat, and if you want to survive the passage be sure to bring candy for the mermaids.