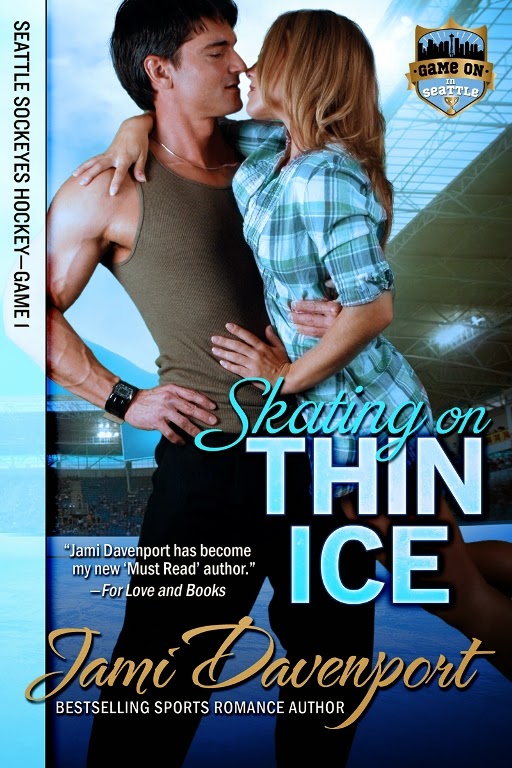 He trusts his gut, she trusts her numbers, and neither trusts the other, as a billionaire's mission to bring hockey to Seattle clashes with his passion for the woman who holds his heart.

Ethan Parker, a billionaire determined to bring a professional hockey to Seattle, will stop at nothing to realize his dream. After signing an agreement to purchase another city's team, Ethan is anxious to make the move to Seattle, but a gag order by the League forces him to keep the sale a secret until the season ends, leaving him no choice but to go undercover as a consultant to study his team during the playoffs.

Lauren Schneider, Assistant Director of Player Personnel for the Giants hockey team, gets no respect from the team's testosterone-loaded staff. When Ethan bursts onto the scene, full of charm and genuinely interested in her opinions, she shares the team's weaknesses and discovers a weakness of her own--for Ethan. But when his true identity is revealed, and he starts cleaning house based on her unwitting input, his betrayal cuts deeply on both a professional and personal level. Bound by an employment contract, Lauren reluctantly moves to Seattle to work for the newly christened Seattle Sockeyes and her sexy, infuriating boss.

Lauren and Ethan must come to terms with their passions--for the team, for hockey, and for each other. Will their situation build a frozen wall between them, or will their love burn hot enough to melt the ice shielding their hearts?

Lauren had stepped over the line. She’d possibly insulted this man, and his blue eyes had blazed, not with anger as much as a challenge, one she didn’t wholly understand.

The next several weeks would be pure, absolute torture. Not only was Ethan an enigma, but he was attractive as hell. With that same sixth sense which made her a wizard at evaluating hockey talent, she sensed there was more to Ethan than he’d revealed. He was hiding something, and that unknown made her uncomfortable and intrigued at the same time, not to mention she was hot for him. She’d be a liar to deny it.

As she pondered this bewildering mess she’d found herself immersed in, Kaley, her friend and the coach’s administrative assistant, peeked around the door. “What did you say to him?”

“Probably too much. I don’t trust his motives.”

Kaley glanced over her shoulder and then back. “You don’t trust anyone’s motives.”

“Did you see the hot guy with him?”

Lauren thought Ethan was pretty damn hot for a businessman, not her normal type. “Uh, I hadn’t noticed.”

Kaley narrowed her eyes and studied Lauren. “Don’t you dare go crushing on Ethan. He’s trouble; I have a sixth sense about guys like him.”

“Look at you. Warning me when you’re drooling over his partner in crime.”

“I am not, even if he is sexy as hell, and I get an orgasm looking at him. But orgasmically sexy doesn’t mean anything. It’s all look and no touch. I don’t date rich pricks with an ego bigger than Cedric’s.” Cedric was their charismatic forward, who played as hard off the ice as he did on it.

“So you just date poor pricks or what?”

“I do have soft spot for them.” Kaley shrugged one shoulder and studied her fingernails.

“You have a soft spot for good-looking men in general, forget about their personalities.” Kaley was a serial dater, and Lauren lived vicariously through her since dating didn’t seem to be her forte or even one of her sins. Her life revolved around hockey, and unless the man was on skates, had a wicked slapshot, or an even more wicked right hook, she wasn’t interested. Of course, she didn’t date hockey players, at least not anymore. She’d taken a few for a spin around the rink in her college days and decided they made better friends than lovers, except for the one she’d married. That biggest mistake of her life drove home the no dating of hockey players, which she’d amended to any man involved in hockey just to play it safe.

Kaley wagged a finger at her. “Just remember, play nice. The league has been trying to land a buyer forever that would keep the team in Florida. So let’s hope this guy gives a favorable report to his bosses, or we’ll be sold to that Seattle group who’s been circling like a shark. Next thing you know, we’ll be sipping lattes on the waterfront, watching ferry boats putter around.”

“In the pouring rain.”

“Well, there is that,” Kaley acknowledged with a toss of her black hair.

“How do we know this guy isn’t working for the Seattle group?” Lauren frowned as she put to words fears she’d been harboring since Sunday.

For a moment a cloud passed over Kaley’s face, then she smiled, slipping back into her create-my-own-reality mode. “Because Ike said he wasn’t.”

Just thinking of Seattle shot dread through Lauren. She didn’t have a thing against Seattle, but she was an East Coast girl through and through. Moss and mold made her sneeze. Huge trees and mountains gave her claustrophobia. And the geeks Seattle was famous for didn’t buy hockey tickets, did they?

A tall man with dark blond hair and dancing blue eyes poked his head in the doorway. “Hey, I’m looking for Ethan.” He turned his panty-dropping smile on Lauren but it lingered on Kaley. As usual, most men couldn’t get past her long black hair, curvy body, and dark, mysterious eyes. “Hey, hi, again.”

Kaley literally purred as she stopped next to the guy and wrapped her fingers around his arm. “Hi, yourself. Brad, you know Lauren Schneider, our assistant director of player personnel?”

Brad smiled at her, a player this one and obviously good natured and fun-loving. “So you’re the poor girl who gets to babysit the man. Good luck. He’s a handful.”

“I’m sure I can handle him just fine.”

Kaley, in full flirt mode, batted thick eyelashes at Brad. “Let’s see if we can find Ethan. Lauren has work to do.”

Brad laughed, a full-throated laugh. “As long as she’s the one doing the work, and it isn’t us.” He came across as the type of guy a girl couldn’t help but like—gregarious, fun, and not a mean bone in his body.

Together Brad and Kaley strolled down the hall in the opposite direction of where Ethan happened to be meeting with the coaches.

Lauren shook her head. Leave it to Kaley to hustle the hot guy. But anything that helped their cause was more than worth it, as long as it wasn’t Lauren doing the hustling.

With a sigh she went back to work on her statistics and spreadsheets, making notes here and there and jotting down items for Ethan’s attention, items which painted the current team and staff in a positive light.

Anything for the good of the team. 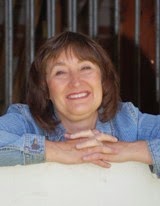 An advocate of happy endings, Jami Davenport writes sexy contemporary and sports romances, including her two new indie endeavors: the Game On in Seattle Series and the Madrona Island Series. Jami lives on a small farm near Puget Sound with her Green Beret-turned-plumber husband, a Newfoundland cross with a tennis ball fetish, a prince disguised as an orange tabby cat, and an opinionated Hanoverian mare. She works in computer support in her day job and juggles too many balls, but she wouldn't have it any other way.

Thanks so much for being a host for my book blitz.