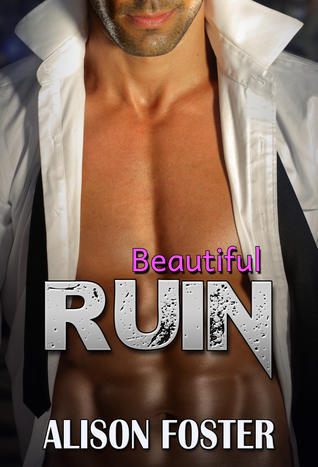 New Adult, Contemporary, Romance
On sale for $0.99 for THREE days only!

Grace Kendall knows what it’s like to have life knock you on your butt. She’s been through hell and made it back. She’s fine with trusting no one and expecting nothing until a night wind blows something quite unexpected onto her doorstep in the rain.
The scruffy, yet gorgeous enigma known as Nathan Henley steps inside her apartment and brings with him all those feelings Grace has tried so hard to tuck safely away. Beneath his bruised and damaged exterior, she senses all the dark and beautiful secrets lost within the tarnished diamond of his lonely heart.
Like everyone before him, he must be too good to be true. She resists his mystery as long as she can, but she knows that any woman would gladly throw themselves against his rock hard chest and shatter helplessly into a million lustful pieces.
When Grace finally decides to trust again, her ex-boyfriend Jack returns to her life with his crooked grin and the past comes crashing down. With the world spinning all around her, Grace must do more than trust, she must fight for the salvation of her own lonely heart.
*Content Warning: this book contains explicit language and sex. Mature readers only.*

He raises my chin with one finger and smiles at me with a sincerity that is worrisome rather than reassuring. I’m not sure what game he’s playing, but everything in me screams that this is indeed a game.
“You’re so innocent,” he says.
“You mean naïve?”
He shakes his head, staring deep into my eyes. The smell of his tanned skin is intoxicating. My heartbeat increases making me feel faint.
Control yourself, Grace, is all I manage to think. He’s not the man I kissed at the library. I take a breath and pull myself away from the physical and emotional closeness he’s trying to build between us.
This will never happen. It cannot happen. I’m not bad looking, but I’m not exactly calendar material. There’s no way a man like this could be interested in me. Taylor is the one who’s always gotten the attention when we went out together or met new people. Whatever Nate’s issues are, they have nothing to do with me and I don’t need another troubled man in my life.
“This has been interesting, but I think it’s time for you to go,” I say. “It’s getting late and I’m exhausted.”
He looks frustrated. “I haven’t said what I came here to say.”
“Well, just say it already.” This might have come off as a little aggressive. I try to soften it up. “Or don’t say it.”
“Will you be my friend again?”
His meaning escapes me. “Are you asking if things can go back to normal?” I say, shrugging my shoulders. “Sure, why not?”
“I want us to go back to that moment when I invited myself for dinner,” he says slowly. “I want us to start from that exact moment.”
I get up and lock my eyes on his. “Why, Nate? I mean, we had no problems being shelter buddies and getting along in our strange way. That seems to be our most peaceful state. Why do you need to make it something more? You sound a little crazy wanting to go back to a moment in time. Why?”
“Because you’re the most curious person I’ve met in a long time.”
“Me? I’m the curious one?” I laugh in an exaggerated manner.
“It’s more of a curiosity I feel when I talk to you, when we’re close, when we kiss, when my body feels your warmth,” he says almost scientifically.
I make sure to give him my most incredulous glare. “Really? If it was the kisses and warmth you were after you pretty much fucked that up.”
“I know I did,” he says like a sad puppy. I sincerely want to jump his bones, but resist. “That’s why, Dear Grace, I am asking to be friends only.”
“Silly Nate,” I say. “Forgive me, it’s Nathan, right?”
“Nate’s fine,” he says. “Anything your voice says is fine by me.”
“What girl can be only friends with you?” I say weakening.
Instead of an answer, he puts one hand behind my head and pulls me back down to the couch with his face close to mine. “I don’t care about any other girl,” he says.
My whole body loses the will to resist as he parts my lips with his tongue. He tastes like honey and cinnamon. He tastes like happiness. He gently bites my upper lip, letting a finger trace my ear ever so slightly.
His arm tightens around my waist sending splintered pulses along my spine. I fight to keep a simple truth from him, that he could make me do whatever he wants. I hide a thousand yeses from him, desperate that if they all spill out at once there would be nothing left of me to love.

Alison Foster loves reading a good love story almost as much as she loves writing one. She spends her time dreaming up strong heroes and even stronger heroines and she enjoys finding unexpected strengths within her characters when they are in the most unexpected places.
She believes that passion makes the world go round and that a sexy grin is as sweet as candy. She loves interacting with readers, so feel free to drop her a line.