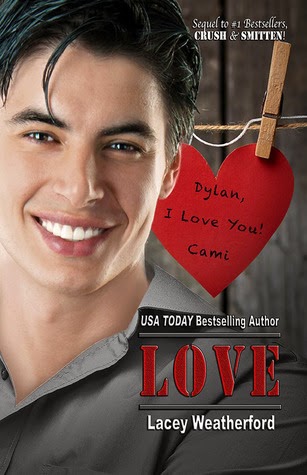 Living happily ever after has always been part of the plan for Cami and Dylan, but when strange things begin happening around the Wilcock household, Cami simply believes she’s becoming forgetful.
However, when the incidents begin to escalate, both are left feeling vulnerable. Unable to figure out what’s going on, Dylan delves deeper into the mysterious happenings. But when the truth comes out, he finds himself faced with the biggest decision of his life—how far will he go to protect the one he loves?

This is the final book in Dylan and Cami’s story.

As usual, nothing is easy when it comes to those two. Even if they’re happily married now, looks like the past doesn’t want to stay buried.

Someone is threatening their well being and Dylan has more reasons than ever to want to keep Cami as safe as possible.

This is a series worth reading. It’s well written and you’ll fall in love fast with the main characters.

Love could be read as a standalone but my advice is to start from the beginning. This way it will be easier to understand everything and you’ll be familiar with the events that lead to this conclusion.

And since Lacey is writing Russ’s story next, I’m sure we will hear more about our favorite couple in the future.

You should definitely add the Crush trilogy among your books to be read this summer. It’s fast paced, the characters are great and there’s a sweet, sweet love story there, too. What’s not to like about it? 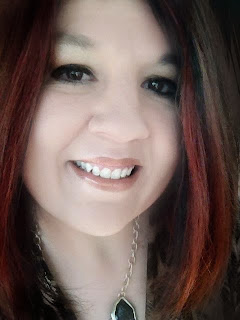 Lacey Weatherford was born in Ft. Meade Maryland while her father was serving in the military. She has been a life long resident of Arizona, spending most of her time growing up in the small rural town of Clay Springs.

It was while she was attending the small country school in Clay Springs, that she read her first "big" book at the age of eight. It was a Nancy Drew novel and Lacey was instantly hooked. She read every book that she could find in the series and decided that she wanted to write stories too.

Lacey spent a lot of time at the library from that time forward, even volunteering in her later teen years and early twenties. She would don a crazy clown outfit for the Friends of the Library fundraisers in an effort to help get the new town library built.

When she and her husband moved away from the area, Lacey took the opportunity to take some creative writing classes at the local college to help further along her interests. Several years later, they were blessed with the opportunity to move back to Clay Springs with their family. The town had finally succeeded in building their library and Lacey had the opportunity to be President of the Friends of the Library for a very short time, before relocating.

Lacey and her family still live in the White Mountains of Arizona, where she continues to write young adult novels that have a fantasy/fairytale or paranormal bent to them, as well as being sure to include a great romantic storyline!

Thank you so much for the review and being part of the blog tour! I appreciate it! <3