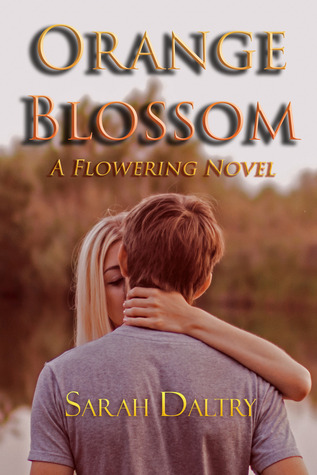 
“I’ve never understood a year. A year was always a measurement of something bad for me. A year in my father’s prison sentence, a year since my mom’s death, a year left of school before I could get far, far away from here. Now, as I look down the end of my college career, with only a little more than a semester to go, a year seems like something magical. It has been a year since Lily chose me, since she sat with me on the old swing set and made a decision that I was worthy of her. And every minute of the entire year has been better than the last.”

You already know their stories: Lily, the perfect princess, always living someone else’s life. And Jack, the broken boy, who had stopped believing in hope. Somehow, though, they found each other and what was one night blossomed into a love story.

Now, a year later, Jack and Lily are dreaming of the future. Despite all of his promises to himself that he would never be indebted to anyone, Jack makes a new promise – this time to Lily – that he will be there for her forever. But when life unravels for them, he starts to pull away, and Lily worries he’s out of reach for good.

When Jack does the unthinkable, Lily is left destroyed. Is it possible to have a happily ever after? Does love ever really save anyone?

“I don’t have a ring, and I don’t have anything planned. I was going to plan something. It was going to be big and special and important, but I can’t. I can’t wait to tell you. I love you, Lily. You make me happy, as if that’s something that can even be real for me. I know you can probably think of a million places more romantic than the cemetery, but this is my family, and this is me, in all that I can offer. It’s nothing much, but you’ve made me believe that it might be good enough for you. You’ve changed my life, Lily. And I want to make you a part of the rest of it. Forever. I want you forever.”

She’s crying as she looks down at me on the ground. “What are you saying, Jack?”

“Marry me, princess? Not now, or really anytime soon. I don’t know when. I have very little to give you. I don’t even know when I can afford a ring. I was going to go look for one this week, although it will probably be tiny and nothing that can represent how much I love you and how much you deserve. I know I’m not what you pictured when you were a little girl and you wanted a husband or whatever, but Lily, I love you more than anyone else can. And I want you to be my wife, whatever that means, because I can’t imagine one day of a future that doesn’t have you in it.”

She lifts me to my feet and hugs me. “Yes, of course. I don’t care about a ring or even a wedding. I just want you. Forever. Nothing else is important to me. I will never not love you. Whatever you want to call that, I’m happy to be a part of it. I have two years left of school, but I can promise you that, in two years or fifty, at the end of it, you’re the future for me.”

We kiss and I wish it was epic and fireworks shot through the sky, but it’s not. It’s just me and Lily, holding each other like we do most nights, but I’m kissing my fiancée and that has some kind of importance to it. I believe my mom would be happy for me, because I need to believe it. The whole night, the holiday, the setting, the awkward proposal even, it’s all how it should be, because, although it’s not something people tell their kids twenty years down the road, it’s so real to us.

Sarah Daltry is a girl who writes books. The books are in all genres, because Sarah’s not so great at committing to things. She’s happily married and she and her husband live with their cats in New England. Sarah is painfully shy and, if you are able to find her, she is probably in a corner, hiding. She also wrote Bitter Fruits(urban fantasy NA vampire romance), Backward Compatible: A Geek Love Story(NA/YA gamer geek romantic comedy), The Love Song of J. Alfred Prufrock: A Modern Reimagining(literary novella), and The Quiver of a Kiss: The Seduction of Helen of Troy(historical erotica), as well as several short stories and works of erotica.