Happy Release Day! A Matter of Forever by Heather Lyons 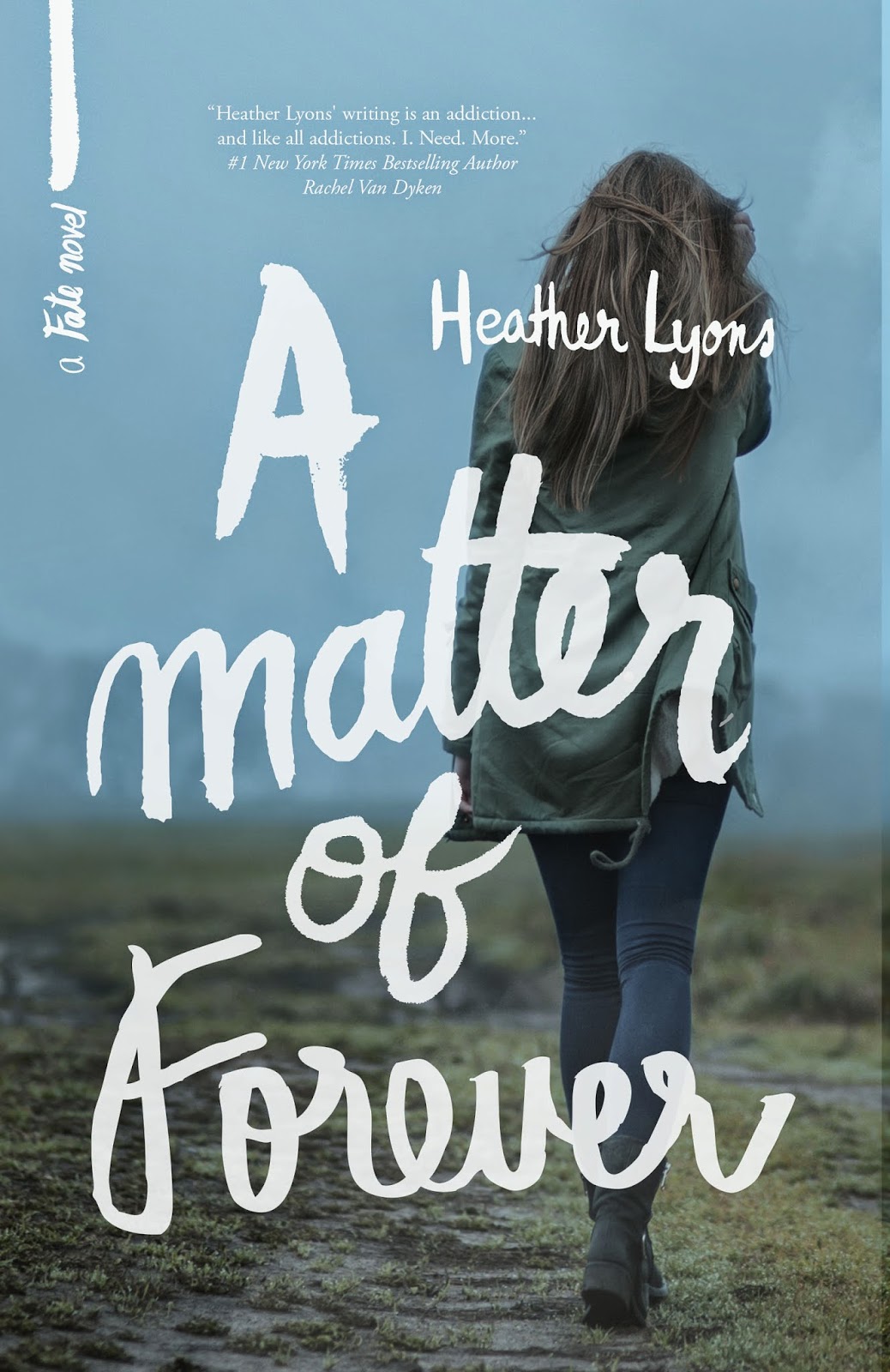 Chloe Lilywhite has struggled for years to find her footing in a series of dangerous and demanding worlds. Creator, first tier Council member, and one of the most powerful Magicals in existence, she was little more than one of Fate’s pawns. But now, Chloe is back home and ready to call the shots. She knows what she wants and who she wants to be.

Except the Elders never got the memo.

Annar and Magical-kind are under attack. The lives of Chloe’s loved ones, and life as they know it, are at stake. Chloe's the key to taking the Elders down, but they won't go quietly into the night.

This time, neither will Chloe.

*This is a New Adult title, suitable for readers 18+.

Quiet voices nearby send my focus to the other end of the large room. I make out Kellan and Will, matching in cross-armed, tense stances as they talk with Astrid Lotus and Kate Blackthorn. They’re not alone; at a table nearby sit Cameron and Callie, exhaustion coloring them almost as strongly as that I feel here in this bed.

“This is unacceptable,” Kellan is saying, his voice low, like he doesn’t want to wake his brother or me up, but it’s angry, too. “You’re the Council’s lead Shaman!”

“Sweetling,” Astrid murmurs, reaching out for her son’s arm, but he yanks out of her grasp.

He’s livid. “We’re going on five days, Astrid. Five. Days. How is it, with all of the worlds’ best Shamans working on her, nobody can wake Chloe up? Or at least figure out what the fuck happened to her?”

Five whole days? I’ve been . . . asleep, or whatever it is I’ve been, for nearly a week? What did that Jens-like person do to me?

I’m desperate to let Kellan—let them all—know I’m okay, that I’m finally awake, but only a tiny rasp escapes me, like somebody has stolen my voice. Speaking shouldn’t be so difficult. Curling my fingers around Jonah’s hand shouldn’t be so tiring.

“I’m going to have to concur with Kellan,” Will is quietly saying, yet his words are just as harsh as Kellan’s. “I know I’m only a Métis, but I’m pretty sure that with all the Magic you all can do, something should have worked by now. I mean, you are Magicals. Isn’t this the bloody point?”

Cameron stands up, a hand going to his son’s shoulder. “William—”

“Dad, don’t even try to excuse this. Weren’t you raving to Erik just this morning how somebody better bloody do something or heads were going to roll?”

Cameron doesn’t deny this in the least, nor does he look chastised.

“Prepare myself?” he sputters. “What, like . . . you mean accept that she’s gone and not coming back?”

Try as I might, no words escape my lips. I’m here, I want to shout. I’m alive and awake. Turn around. See me.

“Or,” he continues bitterly, “prepare myself that you’re going to keep her on some kind of Magical life support until some new Creator is born? Because that’s what you’re thinking, right?”

Astrid says his name again, all heartbreak and sympathy in her syllables.

Kate turns white in the face of his quiet fury. “This is . . . I’ve never seen anything like this. If we only knew about the circumstances leading up to what happened—”

“How many times do you need to hear it?” Kellan seethes. “Chloe and Jonah were having dinner in a crowded restaurant. She ate food off of both of their plates. He ate off of hers, so there can’t be any poisoning issues—but you all should know that, considering the food was all tested. Chloe went to the restroom. She never returned. Ten minutes later, when it felt like somebody was literally gutting us—” He stops, hands yanking at his hair. “When it felt like somebody was tearing him apart, Jonah went and found her on the floor of the bathroom, bleeding and unconscious. He tried to wake her up. He failed. Cora Carregreen tried to work on her, but failed. I tried to wake her up, but failed. Kiah Redrock was sent in to see if she could reach Chloe through her dreams, but she failed, too, as Chloe’s brain wasn’t . . .” He takes an unsteady breath. “Isn’t even functioning enough to have dreams. Shall I continue, Kate? Because, I mean, you’re the Shaman and all.”

And don’t miss the first books in the Fate Series!

Heather Lyons has always had a thing for words—She’s been writing stories since she was a kid. In addition to writing, she’s also been an archaeologist and a teacher. Heather is a rabid music fan, as evidenced by her (mostly) music-centric blog, and she’s married to an even larger music snob. They’re happily raising three kids who are mini music fiends who love to read and be read to.