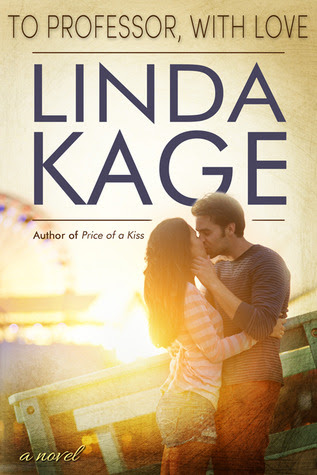 Junior in college. Star athlete. Constant attention from the opposite sex.

On this campus, I’m worshiped. While seven hundred miles away, back in my hometown, I’m still trailer park trash, child of the town tramp, and older sibling to three kids who are counting on me to keep my shit together so I can take them away from the same crappy life I grew up in.

These two opposing sides of myself never mix until one person gets a glimpse of the true me. I never expected to connect with anyone like this or want more beyond one night. This may be the real deal.

If I start anything with a teacher and we’re caught together, I might as well kiss my entire future goodbye, as well as my family’s, and especially Dr. Kavanagh’s. Except sometimes love is worth risking everything. Or at least, it damn well better be because I can only resist so much. 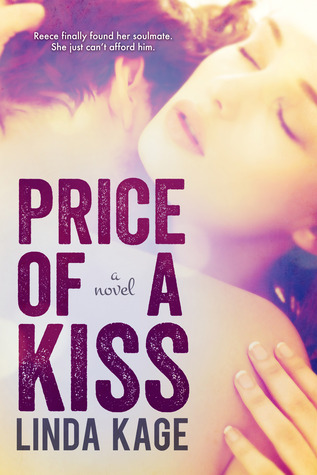 I’d been stood up. I hadn’t talked to Philip since the day before when we’d revised our plans, but I figured we were still on.

Oh, how wrong I was.

But I was already here, so I stayed and kept looking for him. I didn’t want to become a lame loser and go home alone in the nicest, sexiest dress I owned to sulk on the couch as I ate bon-bons and watched reruns of my one true love, Damon, on The Vampire Diaries. I wanted my damn date to show.

So, here I wandered through clusters of partying friends, feeling alone and abandoned. Uncomfortable to find myself surrounded by so many college students, I wondered why Philip had even chosen this place. Wouldn’t he want a break from this crowd?

Thank God, no one had recognized me as their English professor yet, but I’d certainly recognized a few of them. Or maybe I should say no one recognized me until I finally approached the bar after searching the place for Philip for the past forty-five minutes.

But as one of my student’s eyes widened in shock and he uttered, “Dr. Kavanagh?” I gaped back at the football star, deciding Joseph Conrad had been a genius when he’d written Heart of Darkness and coined the phrase, The horror, the horror! Because that was exactly how I felt. Absolutely horrified.

Number one way to make my night a living hell: toss Noel Gamble into the mix while I was being stood up on a date.

I moaned out a little whimper under my breath, wondering what I’d ever done to karma to make it kick me in the tits like this. If Philip showed up now, I’d never be able to concentrate on him because Noel looked incredible in that tight black shirt. And his bulky arms were so...

Why did he have to work here of all places?

Clearing my throat, I straightened my shoulders and tried to pretend it was perfectly normal for me to be here, wearing the most-revealing clothes I owned, and relishing some potent alcohol to ease my mangled nerves.

“Y-yes. I...I’ll take a Bud Light Lime.” There. That had sounded good...enough. Normal, average woman ordering a drink from a normal average bartender...who just so happened to star in all the dirty dreams I’d had this past week.

He gaped at me a second longer, then shook his head and dully repeated, “Bud Light Lime,” as if he was a recorder. But as soon as the words seemed to soak into his brain, he wrinkled his brow and snorted. “A Bud Light Lime? Really?”

“What?” I frowned, curious about the venom in his voice.

He shrugged. “I don’t know. I just thought you’d be more the type to order a blushing champagne in a fluted glass.” He fluttered his eyelashes to complete his mockery.

His contempt shocked me. I would’ve thought he’d despise me a lot less by now. I’d finally given him an A. I’d assured him I would keep his secret. I’d even pretended not to notice when he’d almost kissed me. It hurt to realize he still thought of me as the bitch of the century.

“Well, I’m not,” I mumbled, trying to hide the pain. “May I have a Bud Light Lime or do I need to go somewhere else for a drink?”

When he held out his hand, I gaped at his extended palm. “You’re kidding me?”

His expression glittered with evil relish as he slowly shook his head. “No, ma’am. I am not. Underage drinking is serious business, and we here at Forbidden don't allow that kind of activity.”

Muttering under my breath, I snapped open the clasp on my purse and began to dig around. “You’re getting a kick out of this, aren’t you, Gamble?” I ripped my driver’s license free and thrust it his way.

“You have no idea,” he murmured as he slipped the plastic from my fingers before lowering his gaze. A second later, his eyebrows crinkled. “Aspen, huh?”

Folding my arms over my chest, I scowled. “That’s right. What about it?”

Noel shook his head. “Nothing. I just didn’t know your first name.”

I ground my teeth and held out my hand. “May I have my ID back, now? Noel?”

He pulled it away from me and shook his head. “Hold on. I still need to check your age.” When his gaze flickered to my birth date, his jaw dropped open. “Holy shit, you’re only twenty-three?” His face zipped up. “How the hell do you have a PhD at twenty-three?”

I sighed and flicked some hair out of my eyes impatiently. “Let’s see. I graduated high school at fifteen, earned my bachelor’s degree at eighteen, my masters at twenty, and I received my doctorate at the top of my class last year. Add that up, and that makes me...what do you know, twenty-three.”

Shaking his head slowly back and forth, he gawked. “Well, shit. Graduated high school at fifteen? Fuck, I should’ve known you were one of those freaky girl geniuses.” Then he hissed a derisive snort.

“I’m also thirsty.” I leaned forward and yanked my driver’s license from his hand. “How about that drink now?”

“Sure, Professor.” His voice was contemptuous as he turned away and sauntered off. I glared after him, upset to realize everything I thought we’d shared yesterday must’ve been nothing but a figment of my imagination. And yet I wasn’t quite upset enough not to ogle his tight ass in those blue jeans.

Forcing myself to look away, I opened my purse and pretended to dig around, though I’d already had my money ready to pay before I’d even seen who was behind the counter.

“Here.” His voice was none too polite as he clunked an open bottle on the counter before me.

“Thank you.” I gave a regal nod and took a tentative sip.

He stayed in front of me after I paid, watching me drink. His stance brooded as if he couldn’t wait for me to leave, but his eyes...oh God, his eyes.

Growing warm under his direct stare, I motioned around us, hoping to say something that would at least get him to look away, because his captivated attention on me was making the insides of my thighs tingle. A slow burn spread from the pit of my stomach and out to the tips of my toes.

Linda grew up on a dairy farm in the Midwest as the youngest of eight children. Now she lives in Kansas with her husband, toddler daughter, and their nine cuckoo clocks. She works a day job in the acquisitions department of a university library and feels her life has been blessed with lots of people to learn from and love. Writing's always been a major part her world, and she's thrilled to finally share some of her stories with other romance lovers.