Book Blitz! The Road to You by Marilyn Brant 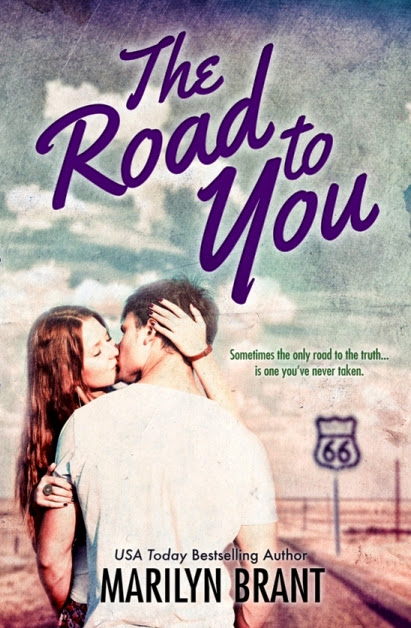 NOTE: This is a "New Adult" novel. Due to mature content this title is recommended for ages 17+


Sometimes the only road to the truth...is one you’ve never taken.

Until I found Gideon’s journal in the tool shed — locked in the cedar box where I’d once hidden my old diary — I’d been led to believe my brother was dead. But the contents of his journal changed all that.

The Road to Discovery...
Two years ago, Aurora Gray’s world turned upside down when her big brother Gideon and his best friend Jeremy disappeared. Now, during the summer of her 18th birthday, she unexpectedly finds her brother’s journal and sees that it’s been written in again. Recently. By him.

The Road to Danger...
There are secret messages coded within the journal’s pages. Aurora, who’s unusually perceptive and a natural puzzle solver, is hell bent on following where they lead, no matter what the cost. She confides in the only person she feels can help her interpret the clues: Donovan McCafferty, Jeremy’s older brother and a guy she’s always been drawn to — even against her better judgment.

The Road to You...
Reluctantly, Donovan agrees to go with her and, together, they set out on a road trip of discovery and danger, hoping to find their lost brothers and the answers to questions they’ve never dared to ask aloud.

In that expectant space between silence and melody, our trip began...

I’d felt a lot like an actress on the night of our brothers’ secret graduation party two years ago. For one thing, I wasn’t remotely as reserved as usual, thanks to being away from home and, also, being a little buzzed.
More than that, I remembered how the bourbon and the careless abandon of summer even made me kind of bold, and how I’d walked up to Donovan McCafferty when he was alone in the kitchenette part of the hotel suite.
“Hey, Donovan,” I murmured, standing much closer to him than I ever would have normally. But I was nearly a high-school junior then. I thought I was almost cool.
“Aurora,” he whispered, watching me with a rare inquisitive look as I smiled at him and leaned against the mauve-colored wall. That glint of interest in his gaze gave me courage.
I reached out to stroke his chest—firm against my fingertips—and I grabbed a handful of his t-shirt because I liked the sensation of it. It was deep red, newish and much softer than I’d expected. Somehow, it made sense to me in that moment to tug him close, my fingers letting go of his shirt’s front and reaching all the way around him. Caressing his back and pressing him to me. I raised my head to kiss him and noticed he was holding his breath.
For a second, he let me touch his lips with mine. Just that one single time. Then he stepped away, abruptly, and with an apology.
“Been drinking,” he said, glancing to either side of us, not that anyone else was looking. “Sorry.”
At first I didn’t know if he’d been talking about my drinking or his. I sort of laughed. “Everyone’s been drinking. Half the people in the other room are passed out.” I shrugged. “Nobody’s, um...watching us.”
I knew my best friend Betsy was making out with some townie in the hall. My brother Gideon was on the sofa—a blonde sprawled languorously on top of him. Donovan’s brother Jeremy was smoking weed with a few people in the bathroom. I could smell it. Hear them laughing.
“You’re too young,” Donovan said simply.
I was almost sixteen then and, in my expert opinion, at least as mature as a twenty-nine year old. He’d just turned twenty-one and had to be going on about thirty-five. But I liked older men. Well, specifically, this man. He was just five years older, really.
And, anyway, if he had a point, I wasn’t about to admit it. 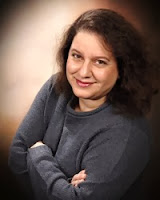 Marilyn Brant is a USA Today bestselling author of contemporary fiction. She wrote the new adult/humorous paranormal novel ACCORDING TO JANE (2009), the women’s fiction relationship drama FRIDAY MORNINGS AT NINE (2010), and the romantic travel adventure A SUMMER IN EUROPE (2011), all published by Kensington Books. She's also a #1 Kindle and #1 Nook bestseller and has written a series of fun and flirty romantic comedies, including ON ANY GIVEN SUNDAE (2011) and PRIDE, PREJUDICE AND THE PERFECT MATCH (2013). Her coming-of-age romantic mystery, THE ROAD TO YOU, will be available in October 2013.


Marilyn is a lifelong music lover and a travel junkie. She’s visited 46 states and over 30 countries (so far—she's not done yet!), but she now lives in the Chicago suburbs with her family. When she isn't rereading Jane Austen's books or enjoying the latest releases by her writer friends, she's working on her next novel, eating chocolate indiscriminately and hiding from the laundry.

One (1) ebook copy of The Road to You. Open internationally.

I loved the cover and the excerpt :D
Thanks!