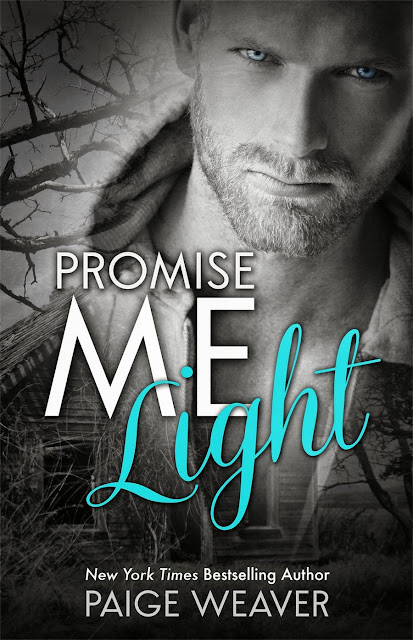 
“I’m darkness, Maddie. Stay away from men like me. You’ll only get hurt.”

At one time my life was simple. Easy. But that was before the war. Now I was no longer an average college student. I was a survivor. A woman living in a ravaged world. My future was not bright and my life was far from perfect. The war had taken so much from me… but it wasn’t finished yet. It wanted more.

It wanted my heart. My soul. The one person I couldn’t live without.

It wanted Ryder Delaney. My best friend. The bad boy. The one person who could fight like no other and love me like no one else. I watched him walk away one hot summer day and I prayed he would return. I needed him like I needed air to breathe and water to drink. Without him I was lost. A light without her darkness.

Until he returns, I’ll wait for him. And I believe he will return because love is powerful…

And so is the light calling him home.

A soft noise woke me.

I lay in bed and listened. There it was again. A small ding. Something was being thrown against my window. The fog of sleepiness cleared. I threw off the covers and rushed over to the windowsill. In the dark I could barely make out Ryder standing a few feet from the house. When he saw me peeking out the window, he motioned me outside.

I glanced at the clock as I passed my nightstand. Two a.m. Closing time. I sighed. The typical time Ryder seemed to show up around here. Drunk, bruised, and bleeding. One too many drinks and far too many fights.

Tiptoeing out of my bedroom, I moved silently down the hallway. The floorboards creaked, protesting when my bare feet stepped on them. I stopped and listened, hoping the noise didn’t wake my dad. The sound of his snoring echoed through the thin walls of the house, letting me know that I was safe from discovery.

The smell of rain hit me when I opened up the back door. I jogged down the porch steps, ignoring the sound of thunder rumbling somewhere in the distance.

Halfway across the yard, I stopped and looked around, searching for Ryder in the pitch-blackness.

“Ryder!” I whispered, becoming frustrated. He better not have woken me up from a dead sleep to turn around and go back home. I would kill him. Well, after I got a few more hours of sleep.

I started to go back inside when two hands grabbed me around the waist, familiar with my body. I yelped and spun around, my heart leaping into my throat.

Ryder stood in front of me, a silly, lopsided grin on his face.

"Ryder, you scared me to death!" I shrieked, smacking his hands away.

"How's my newly graduated friend?" he asked, weaving on his feet.

He leaned closer, smelling faintly of beer but still like himself - something woodsy and oh, so manly.

"I might be drunk. Got a problem with that, little girl?"

I ignored the threat I heard in his voice. Ryder was anything but dangerous. To others, he was deadly. Fatal. To me, he was...dark and full of attitude, but never dangerous. More like a baby cub wanting to play. You just had to handle him right and be careful of his knife-like claws and razor sharp teeth.

A single raindrop chose that moment to land on my nose. I glanced up at the sky just as another fat raindrop hit my forehead. A big clap of thunder boomed overhead followed by a flash of lightning across the sky.

"Oh, hell, it's gonna rain," Ryder muttered, swayingas he glanced up at the sky also. "Can't have you getting wet."

He grabbed my hand, threading his fingers through mine. It seemed the most natural thing in the world to do.

With a firm grip on me, he led me across the yard at a jog. I ran after him, never letting go of his hand, knowing he was running slow so I could keep up.

When we got to the barn doors, the sky opened up. Buckets of rain started falling, splattering mud on my bare feet and leaving me soaking wet.

Laughing, I stood in the downpour and waited patiently as Ryder threw open the heavy barn doors. Pulling me inside, he hurried to shut the doors against the slashing rain and wind.

Inside it smelled like leather, horses, and musty hay. One of my favorite places on the farm.

We stopped in the middle of the barn, dry hay beneath our feet. Lightning flashed again from somewhere outside, lighting up everything for a split second. It gave me enough light to see what stood before me.A perfect specimen.

Letting go of my hand, Ryder took a step closer, his body almost touching mine.

The laughter died on my lips. Since when did standing so close to Ryder make my heart flutter and my palms sweat?

I couldn’t move. He smelled like rain and aftershave. I wanted to remember that combination forever.

Towering over me, he appeared dangerous. Powerful. My eyes dropped down to his wet shirt, clinging to his chest like a second skin. I reminded myself that we weren't kids anymore. He was a man and I was...standing too close to him.

I took a step back and tried to control my heartbeat. It was pounding like I had just run a marathon. One touch from him would send me across the finish line.

Reaching out, he brushed my wet hair away from my cheek, his fingers touching my skin.

"You look like a drowned cat, Maddie." The deep rumble of his voice ran through me, making me tingle in all the right places. How words could do that to a person, I don't know.

When his fingers lingered on my cheek, I moved away, afraid for him to touch me. It wasn’t the touch of a friend. It was the touch of two adults wanting something more.

I walked over to a horse stall, glancing back at him once or twice. He watched me, his eyes moving up and down my body slowly. My tank top and baggy shorts suddenly didn't feel like enough clothing.

Heat touched every inch of my skin, racing through me like a fire out of control. I tried to convince myself that the flush I felt was because of the heat of the summer storm but who was I kidding? It was Ryder and nothing else.

"Why are you here, Ryder?" I asked, my voice wispy.

He stalked toward me, his hips rolling casually with each step he took. His boots kicked up loose pieces of hay on the ground, dragging my attention down his long legs to the toes of his scuffed boots. I watched as those boots drew closer, pursuing me. Dragging my eyes up his body, I tried to get a hold of myself.

"You're going to college in a week. I just wanted to hang out with you. I’ll miss your stubborn ass when you’re gone," he said, giving me a crooked grin.

“That’s nice, Ryder. Can you be any sweeter?” I said sarcastically. Something more heartfelt would have been nice to hear but this was Ryder. He didn’t do sweet.

Stopping in front of me, he shrugged, his muscular shoulders moving under his wet shirt. “I’ll miss your ass. Just telling the truth.”

What was he doing? He wasn’t flirting because…well, because we were just friends. It had to be the alcohol talking.

"You can come visit me anytime you like, Ryder," I said, kicking myselfwhen the words sounded sexy. Inviting.

I saw his grin widen in the darkness, looking like the cat that ate the canary.

"I'll always want you around, Ryder."

"And I'll always be there,” he said, his voice lower. “Wanting to be around you. Never needing anything else.”
~~~~ 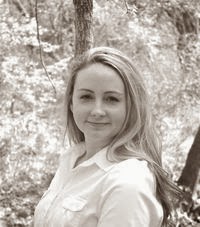 Paige Weaver lives in Texas with her husband and two children. Her love for books became a love for writing at a young age. She wrote her first book as a teenager and continued writing throughout the years. Encouraged by her husband, she finally decided to self-publish. Her debut novel, Promise Me Darkness, was released in April 2013 and quickly became a New York Times and USA Today bestseller. Her second book, Promise Me Light, will be released in September 2013. She is currently working on other novels to be released in 2014.

very attractive and awesome blog this is the best method to increase the traffic on your blog and also click below link if u want some more information about LED lighting and how to used in images.