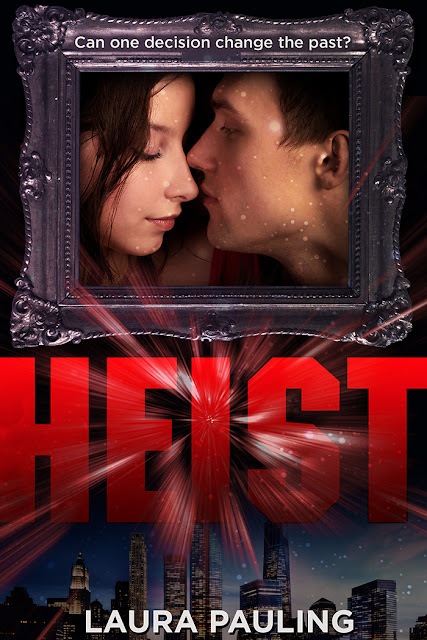 Genre: YA Psychological Thriller
No release date yet (will be in 2013)

Can one decision change the past?

Jack Brodie has a sixth sense that someone has been watching him. Following him.

One night he travels back in time to one of the world’s largest art thefts, known as the Gardner Heist. Why that one moment in time? And what does it mean for Jack?

When he returns, his world is different. His best friend is rougher, meaner. His dad hasn’t been around in years. And then there’s Jetta. The girl who took over his heart the moment she stepped into his life. No one is safe.

Each time Jack goes back to the heist to fix his mistakes, he returns to face the fallout. Disaster strikes in the present until Jack must make a choice. His family and his own happiness. Or the girl he loves. Except, he learns that his sixth sense was right.

Someone has been watching him and wants him dead.

Have you always known you wanted to be a writer?

No, I haven’t. I’d love to say I’m one of those writers that wrote her first story when she was 3 months old. But, I’ve always loved a good story. It wasn’t until I was home with my kids that I got the urge to create my own. Before then, though, I always had a creative outlet. I loved putting together small photo albums. I quilted - for a little bit, even finishing a wall hanging. And I put a lot of time into the children’s ministry at my church, planning events. The earliest creative memory I have is designing a line of cards to sell in the neighborhood.

What’s a recent book you’ve read that you absolutely loved? And what will you be reading?

The last book that I couldn’t put down and loved was Twenty Eight and a Half Wishes by Denise Grover Swank. A book I’m looking forward to reading soon is Nomad by J.L. Bryan - another time travel thriller.

What do you like to do in your free time? Any other creative pursuits?

Right now, outside of writing, my time is spent with my family and my kids. I enjoy hanging with them, especially because every time I blink, they seem to get a year older. I still participate in my church, co-leading the middle school youth group too.

Will there be a sequel to Heist? Or will you be working on something new?

Right now, Heist is a stand-alone novel. If I were to write a sequel it would be from Jetta’s point of view on one of the alternate time lines. When I hit this alternate time line in Heist, I realized there was a lot more to tell there. And, of course, other heists to write about.

I’m eagerly planning, plotting and outlining an adult light-hearted romantic mystery. We’ll see what happens when the writing starts. I’d love to turn it into a series.

At the bottom step, I hesitate. Moonlight reflects off a metal napkin holder and a half-finished puzzle left out for customers. It’s a small shop, and the faded smell of cinnamon clings to everything. Even our upstairs apartment.
I breathe in the scent, drawing courage from all that is familiar. Times like this I wish for Dad. He’d know what to do.
The floor creaks from the other side of the room.
My heart crawls into my throat, choking me. My knees weaken and my sweaty hands slip on the handle of the bat.
Step up and be a man. Those were Dad’s words, spoken into a telephone on the other side of the glass partition.
I think back to that day, the visit Mom knows nothing about. The smeared glass, the stubble on Dad’s chin and the fierce look in his eye that said he’d be outta there next week. But the next week turned into months and then years.
As my eyes adjust, the vague outline of a man appears in front of a painting on the wall. He reaches out and traces his finger down the gilded frame.
My pulse pounds so loud against the inside of my head, I can’t think. I stumble forward and raise the bat above my head. “Who’s there?” My voice shakes.
With his back to me, the intruder hesitates, his finger at the bottom of the frame. He doesn’t turn or flinch or seem to care who’s behind him. His black suit is tailored to fit his body and much too fancy for this time of night.
Sweat beads on my forehead and it feels like hours before the man clears his throat to speak. My arms shake. I debate whether to whack the guy in the legs with the bat and then take him out with one good punch.
“You been behaving yourself, kid?”
I freeze. The bat drops with a thud.
The words, the tone of voice, remind me of lazy spring afternoons when Stick and I would find my dad and uncle under the hood of their latest piece-of-shit car. I can taste the cold iced-tea and homemade cookies. I can feel the warm air against my face and smell the gasoline and grease. That was when I was thirteen and thought my dad was perfect. At sixteen, I know better.
Dad turns and steps forward, his thumbs hooked into the pockets of his tuxedo. All suave and elegant, he looks like a star from the old black and white movies Aunt Fiona watches. His parole is tomorrow. Did they let him out early? Or did he break out? 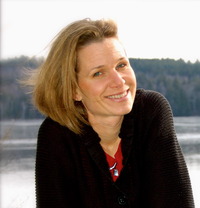 Laura Pauling writes young adult fiction. She lives the cover of suburban mom/author perfectly, from the minivan to the home-baked snickerdoodles, while hiding her secret missions and covert operations. But shh. Don't tell anyone!

Her YA Circle of Spies Series includes A SPY LIKE ME and HEART OF AN ASSASSIN. Book three, TWIST OF FATE will be released in the fall of 2013.

HEIST, a young adult, psychological thriller, will be released the summer of 2013.

a Rafflecopter giveaway
Posted by Christyna_BM at 8:49 PM

Did enjoy the interview and the excerpt. Alternate timelines blow my mind - but interesting to read.