Book Blitz and Giveaway for All At Sea by Pepper Ellison 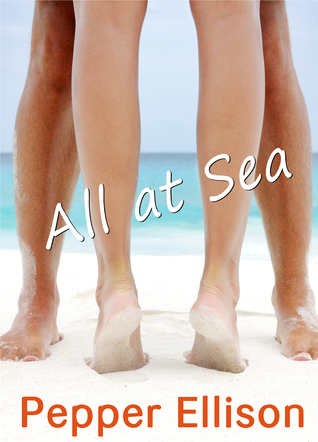 When eighteen-year-old American Amelia Beauchamp arrives in Honolulu for a three-month stay on her family’s yacht, the only thing she has on her mind is conquering her fear of water and hopefully—for once in her life—making a few friends. The last thing she expects is to fall for cocky surf instructor, Kody Murdock.

Twenty-two-year-old Kody has fled Australia. Kody’s not looking for love, he’s not looking for a hook-up, he just wants to surf. But when pale, awkward Amelia comes walking down the beach he can’t help but think she’s kind of adorable. The pair strike up a complicated friendship.

Can these two people from different worlds find a way to interact without strangling each other? And what, or whom, is Kody running from?

A surfer romance told through text messages and emails, ALL AT SEA will appeal to fans of Meg Cabot’s THE BOY NEXT DOOR and Alyson Noel’s LAGUNA COVE.

For an American girl, if you’re going to date an Aussie guy, it’s not just the accent that is hard to understand. They seem to speak a language that is not English. Your guy might lean to you and say, ‘Stone the crows! How blotto is that bush pig from whoop whoop?’ Or, ‘I’m totally spewing that I missed those cracker bumnuts smornin.’
Never mind. Pepper is here to translate for you.

‘Chuck a sickie’ is to feign sickness, this is also called ‘bludging’. ‘Chuck a u-ie’ is to make a u turn in traffic. To ‘chuck a wobbler’ means to throw a tantrum, just ‘chuck’ on its own means to vomit. ‘Spewing’ on the other hand means feeling disappointed.
To ‘wear the wobbly boot’ means to be drunk. You can also be ‘blotto’. ‘Off your chops’ means to be intoxicated. To ‘carry on like a pork chop’ also means to throw a tantrum. To have ‘chops’ means to be a skilled musician.
‘Sinking’ generally means drinking, as in ‘sink a coldie’, ‘sink a tinny’, ‘sink a brew’. These are all drinking beer, so you are likely to hear them a lot. (‘Sink a knuckle’ means something else…) You can also ‘crack a tinny/coldie/brew’. (To ‘crack a fat’ means something else…)

If something is a ‘cracker’, that means very good. A ‘ticker’ is your heart. To ‘have ticker’, means to be courageous.
Your freckle is… Well, your freckle is your bum – as in ‘don’t fret your freckle’.
‘Whoop whoop’ means a long way away. ‘Within cooee’ means not far from here. It’s equivalent to a ‘stone’s throw’. ‘Stone the crows’ means, ‘I am astonished!’
‘Smornin’ is a contraction of ‘this morning’, and later in the day is ‘sarvo’.
Having a ‘Barry Crocker’ (shocker) means having a bad day.
‘Pig’s arse’ means ‘I find your story unlikely’. However, ‘rat’s arse’ means ‘I don’t care’.
A ‘boogie’ is a half-sized surf board that you ride on your belly. A ‘booger’ is snot. (Either way you don’t want to date this guy, because boogie boarding is not real surfing.)

A ‘blue’ is a fight. Most red heads are also called ‘Bluey’, or ‘bloodnut’. Your ‘nut’ is your head, unless it’s a testicle – you can assess this from context. …usually.
‘Bum nuts’ are eggs, as are ‘cackleberries’ and ‘googs’.
To take a ‘slash’, a ‘wet’, a ‘snake’s hiss’, or to ‘drain the lizard’ all mean to urinate. Females might ‘split the whisker’.
A ‘bush pig’ is an unattractive woman. She might have a face ‘like a busted arse’.
A ‘servo’ is a petrol station. A ‘servie’ is a napkin.
‘Dommies’ are condoms.
Aussie males also have a tendency for rhetorical questions. For example:
‘How good is this brew?’
‘Doesn’t that Bluey have a cracker of a coin slot?’
‘How blotto is that bush pig from whoop whoop?’
You are generally not required to answer, but you could say something like, ‘I don’t give a rats. I’m going to split the whisker. Don’t fret your freckle. I’ll be within cooee.’

Pepper Ellison was born in 1991 on a Royal Navy ice patrol ship stationed near Ross Island along the coast of Antarctica. Currently, she divides her time between Waipahu, Hawaii and Sydney, Australia. She has worked as a marine science research assistant, specialising in sea mammals, a brand ambassador for a craft beer company, and most recently, a Harley-Davidson joy-ride driver out of Kings Creek Station in Central Australia. She is a keen surfer and gymnast. ALL ATSEA is her first novel.

One (1) ebook copy of All At Sea. Open internationally