In the Spotlight! After Her by Amber Kay 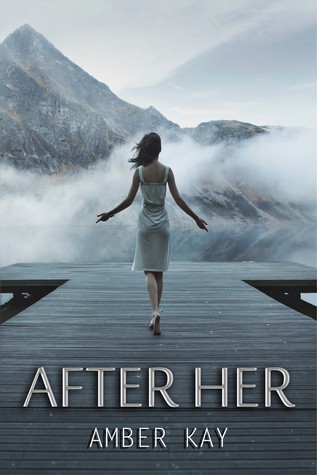 When Vivian offers to make Cassandra the sole beneficiary of her will, Cassandra’s only concern is what she’ll have to do (for this peculiar stranger) in return.

Nineteen-year-old Cassandra knows nothing about the seedy underbelly of the Orange Country high life. Born and bred within the most wholesome little city of Montana, Cassie escaped this stale monotony to California with nothing, but a few bucks in her pocket. This, she thought, was supposed to christen the start of a new life away from the emotional prison created by her helicopter mess of a mother.

As a college sophomore slaving for meager tips waitressing, Cassandra isn’t in the position to turn down easy money. At the rate she going, she’ll be up to her ass in debt until she’s sixty. Her skinflint boss isn’t willing to budge on a pay raise and there is no magic button to make bill collectors go away. When the contentious relationship with her estranged mother leaves her broke, she is forced to decide how desperate she truly is.

Vivian is planning her own funeral. Her days as “society’s queen” are numbered, leaving her to prepare for the inevitable the only way she knows how—closing bank accounts, arranging life insurance policies and assigning beneficiaries. She doesn’t have time to fall apart over “a silly little thing like cancer.” But this eccentric, aging socialite does not intend to die, not without tying up some loose ends first.

Cassandra’s life is at an impasse. Vivian’s life is coming to an end.

Vivian’s “generous” offer (of financial stability) to Cassandra comes with some strings attached. If Cassandra will agree to replace Vivian after the funeral, Cassandra will become an instant heiress worth billions. It’s an indecent proposal many college students would take without hesitation, but it’s not enough to simply step into the shoes of this enigmatic socialite. Cassandra must also marry Vivian’s husband.

It sounds simple enough…until Cassandra discovers that Vivian’s husband is a convicted murderer.

The moment Sasha sits at the table, I know what to expect.
She eats in silence, stabbing a green bean with her fork. Her predatory focus shifts to me. Every muscle in my body tightens like strings of a wound violin. This damn conversation is going to happen whether I like or not.
“There is reason why you’re still single,” she finally speaks, releasing the pressure bubbling in the air. I don’t acknowledge her. She knows exactly why. Looking her in the eye after an announcement like that might ignite fire. We’re combustible like that. She the oil.
I the flame. And I don’t use this metaphor lightly. At times, Sasha is a first-class bitch with some serious boundary issues, completely inept at noticing basic social cues so she never knows when to shut up. Nevertheless, I love her like a sister. No one brings out the worst of me better than Sasha Hawthorne—queen of awkward conversations.
If we were alone, I’d make a scene. The walls of this fine establishment would fall apart, bracing for the impact of my incendiary fury. Sasha also knows this. At least she should by now. Best friends are supposed to be in tune, like two planets rotating on the same axis. She once that joked we were twins separated at birth—four arms, twenty toes on the same body with a single faulty brain to share.
She’s not ignorant about my inner workings. She knows me better than most. She is a mental engineer, able to uncork my skull for easy access to my brain. If this were the literal sense, she’d see an image of me asphyxiating her for casually bringing up the matter of my love life in the middle of a crowded fucking restaurant!
“I’m sure you’re going to tell me what that reason is,” I mutter before slipping a crouton into my mouth as Sasha swigs her green tea.
I watch her fiddle, fumble through the peas on her plate, gathering them all into a neat pile atop her half-eaten steak. One of her many obsessive-compulsive tendencies. She’s so easy to read, like so many others. I can usually take one look at any random person and guess what their neurosis is.
I am thoroughly convinced that everyone has at least one, including me. Two years of college as psychology major has granted me with a radar to detect this kind of stuff. Some say that it’s me being a stereotypical Virgo—meticulously analytical. I like to treat it as a morbid inside joke that only I know the punch line to. Sasha has no idea why I giggle as she continues treating her food like Lego blocks.
“Your standards are way too high,” she adds. “It’s like you expect a Prince William and you are setting yourself up for disappointment. I mean—you know I love you Cassandra, but let’s face it, you’re no Kate Middleton.”
My cheeks flame with heat. If she were anyone else, I would leave her sitting stupid in the restaurant with the bill. Even though Sasha has a way of pushing me harder than anyone else, I can’t deny that she may have a point.
I'm the kind of pathetic soul you’d see alone on a Saturday night, saving a seat for no one at the movie theater and waiting for no one at the bar while nursing a non-alcoholic hot toddy. The reason being, I think, is that I'm an only child.
Vygotsky would say that I'm the perfect personification of everything that can go wrong in an only kid—minor anti-social tendencies and a sense of undeserving self-entitlement with a smartass mouth. This, I'm sure, alienates most people in general, especially men.
I sigh, choosing to concede. “Thanks a lot, Sas, but I am well aware that I'm not Kate Middleton. Kate Middleton isn’t some broke ass college student working for tips at a job she hates. Speaking of which, I didn’t plan to spend my lunch break being lectured by you. If I want to be criticized, I’ll call my mother.”
As I reach for the receipt lying on the tabletop between us, Sasha grabs my hand and shakes her head.
“It’s my turn to pay,” she says while whipping out her credit card. “And FYI, I wasn’t lecturing you.”
“Well, you weren’t complimenting me either.”
Sasha sighs then smiles that sad, placating smile that makes me feel shitty for snapping at her.
“I’m only looking out for you, Cassie,” she says. “I don’t want you to end up alone. It’s sophomore year and you haven’t had a real date since high school. Your mom isn’t here to nag you, so it’s my job by default.”
I smile back then chide myself for giving in because sometimes I’m a pathetic pushover and I hate myself for it. This, I think, is my neurosis. I, like a self-professed alcoholic at an AA meeting, am not ashamed to admit it.


“I don’t need a date,” I say then I glance at my cell phone to check the time and notice two missed calls. Not now, I think, before cramming the thing back into my pants pocket. Jesus Christ, not now… 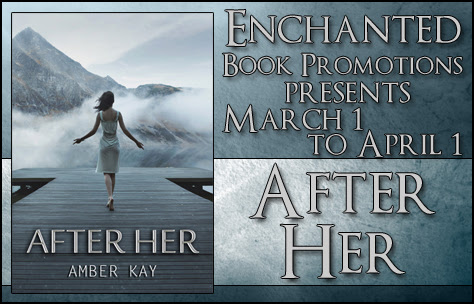 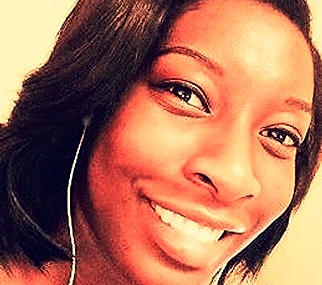 Amber has been writing for as long as she can remember. Yes, she knows how awful her fifth grade plays were, but she didn’t care as long as she had to the power to explore her imagination in the darkest ways possible. She grew up in the south where she ate a lot of BBQ and spent too much time reading.
Some would argue that she was an odd child (and an even odder adult) With her morbid sense of humor, Amber has aimed to be as true to her writing as she can by exploring the darker sides of humankind. She loves psychological thrillers and offbeat plots. Her characters might be unlikeable. Her plots might take disturbing twists and turns, but she tries (as always) to explore the most tragic parts of life with as much humor as possible.
Her favorite authors are Gillian Flynn, Liane Moriarty, Tana French and Laura Lippman. Her favorite movies are dark, suspenseful and (sometimes) romantic. Though she hates most romantic comedies, she absolutely loves (500) Days Of Summer, The Spectacular Now and The Fault In Our Stars.