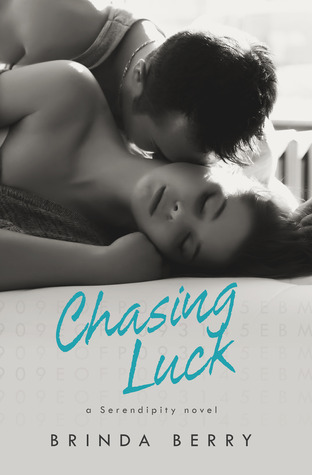 At the age of seven, Malerie walked away from a bombing that left hundreds dead—including her mother. When a crazed gunman kills her guardian on her eighteenth birthday, Malerie suspects there may be more to her survival than luck. A mysterious code holds the key to her future, and a reluctant white knight holds the key to her heart.

Ace is a twenty-year-old entrepreneur focusing on two things in life: financial security and a life without ties. A life that doesn’t risk losing the ones who matter. When Ace is hired to secretly act as a bodyguard for Malerie, he faces an unwanted attraction that threatens to sabotage his heart. Can Ace find the courage to love a girl with a death wish?

“Malerie has been through a lot. JT and I have been the only life she has known. The short story is that JT became her guardian after she lost her mother. You know about the bombing in Chicago eleven years ago?”

“Yeah. I think I know the one. I was a kid, but it sounds familiar.” It’s more than familiar. I don’t mention that I also lived in Chicago during that time. I remember when it happened. My little brother and I were glued to the television, home alone and listening for the scrape of the key in the door lock. Mom had stayed out all night. It was in the days before the boyfriends stayed at our place.

Which was how we liked it.

“She never even knew her father,” Billy says.

I take a sip and lean forward, resting my elbows on my knees. “She doesn’t have any grandparents?”

“Figured that out.” I look around the room at the fireplace mantel lined with black and white photos in silver frames. “That chandelier in the foyer probably cost more than I make in a year.”

“Listen. I feel sorry for the girl. I do. But what does this have to do with me?

“Malerie has spent much of her life here and she suffers from anxiety about her life before JT. She is also very naive about the world and will most likely want to go out into it. I’m old and won’t be around much longer to protect her.” Billy sits in the nearest chair. “I trust you for some reason. You took care of Malerie as a stranger because you’re a good man. You also have the exact skills I’m looking for.”

I chuckle at the thought of my last job as a night watchman at a casino. “So, you want me to…?”

“Malerie needs a companion to protect her. Someone to take her places.”

“Like a male escort? I’m not a dating service.” I can’t help but be amused at the thought. My body temperature notches up along with my interest.

“And it’s a good thing. The last thing she needs is a date. Malerie doesn’t date. She’s not comfortable in unfamiliar places. We need better security here and you have a security background. Malerie might need a driver. We would pay you well.”

“Did you say she doesn’t date?” My eyebrows rise and it’s difficult to hold back the disbelief. Not possible. The way she looked at me that night in the restaurant tells a different story. Toombs was probably so strict that lying was the only option. She lied or Toombs kept her locked up 24/7.

Billy waves his hand around to indicate the non-importance of the last question. “Will you take on this job or not? You might be able to buy a chandelier or two.” Billy nods his head in the direction of the foyer.

“Again—why me? I gave Mr. Toombs a bid on a security system. And I’m not too fond of playing the lead role in Driving Miss Malerie.”

Brinda Berry lives in the southern US with her family and two spunky cairn terriers. She has a BSE in English and French and a MEd in Learning Systems Technology. She’s terribly fond of chocolate, coffee, and books that take her away from reality. She doesn’t mind being called a geek or “crazy dog lady”. When she’s not working the day job or writing a novel, she’s guilty of surfing the internet for no good reason.