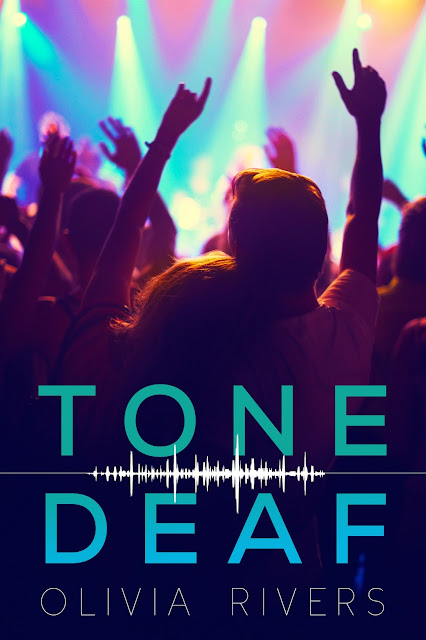 His world is music. Her world is silent.

Ali Collins was a child prodigy destined to become one of the greatest musicians of the twenty-first century—until she was diagnosed with a life-changing brain tumor. Now, at seventeen, Ali lives in a soundless world where she gets by with American Sign Language and lip-reading. She’s a constant disappointment to her father, a retired cop fighting his own demons, and the bruises are getting harder to hide.

When Ali accidentally wins a backstage tour with the chart-topping band Tone Deaf, she’s swept back into the world of music. Jace Beckett, the nineteen-year-old lead singer of the band, has a reputation. He’s a jerk and a player, and Ali wants nothing to do with him. But there’s more to Jace than the tabloids let on. When Jace notices Ali’s bruises and offers to help her escape to New York, Ali can’t turn down the chance at freedom and a fresh start. Soon she’s traveling cross-country, hidden away in Jace’s RV as the band finishes their nationwide tour. With the help of Jace, Ali sets out to reboot her life and rediscover the music she once loved.

“A smart, sexy, and fast-paced story with a swoon-worthy love interest. Tone Deaf will be music to your ears.” —Jessica Taylor, author of Wandering Wild

“Much like its hero, Tone Deaf’s flashy, rock-star exterior surrounds a sweet, vulnerable soul that made it impossible to put down. It is equal parts fun and touching, with a dash of humor and lot of heart. The friendships, as well as the romance, have intense, believable chemistry, and with a giant pitbull named Cuddles thrown in the mix, I was in love!” —Laura Lee Anderson, author of Song of Summer

“Olivia Rivers has hit all the right notes with Tone Deaf.” —A. R. Kahler, author of Pale Queen Rising and Shades of Darkness


1. Where did you get the idea for "Tone Deaf?"
A lot of different things came together to inspire "Tone Deaf." I wanted to see more disabled characters represented in YA books, so writing a deaf character really appealed to me. I was also interested in doing a story about a band, since the music world is so unique and crazy. Then one day, I was jokingly brainstorming terrible band names with a friend, and “Tone Deaf” was one I came up with. It led to a light-bulb moment—what if I combined a music story with the story of a deaf girl?

2. Was writing a deaf main character hard?
Making Ali's deafness realistic required a lot of research and more work than I usually put into characters. But at her core, no, Ali wasn't a hard character to write. I've always seen her as being someone who's shaped by the things she has—a talent for art, a snarky sense of humor, a passion for geeky things. The things she doesn’t have—like normal hearing—really aren't what define her as a person. So writing her character wasn’t necessarily “hard”—it just took a bit more research than usual.

3. What was your favorite part about writing "Tone Deaf"?
Even though he’s a side character, I think writing Killer was my favorite part. Killer describes himself as “the geekiest and gayest rock star in existence,” and he gave me an excuse to include a bunch of subtle nods to Doctor Who and Pokémon. Since his boyfriend is his polar opposite and utterly baffled by geekiness, their relationship was also very fun to write.

4. Is there a theme you hope readers will take away from "Tone Deaf"?
I hope readers will walk away realizing how empowering it is to take charge of your own future and defy expectations. Also, I hope they get the message that pit-bull snuggles are the most adorable of snuggles, and you definitely need an adopted puppy in your life.

5. What's your favorite part about being published?
No question about it, connecting with readers will always be my favorite part. I've had the opportunity to meet so many amazing people through the book community, and I'm looking forward to meeting even more as "Tone Deaf" releases! 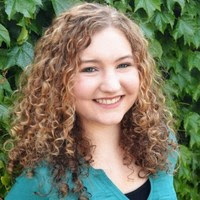 Olivia Rivers is a hybrid author of Young Adult fiction. Her works include the independently published “Tortured Elements” and “Duplicity” series, along with the traditionally published novel “Tone Deaf” (Skyhorse 2016.) As a certified geek, she enjoys experimenting with new publishing technologies, and her online serials have received over 1,000,000 hits on Wattpad.com. When Olivia isn’t working as a writer, she’s a typical teen attending college in Northern California. Olivia is represented by Laurie McLean of Fuse Literary, and nothing thrills her more than hearing from readers.

a Rafflecopter giveaway
Posted by Christyna_BM at 4:47 PM

I was able to find good info from your blog posts.

excellent points altogether, you simply received a brand new
reader. What could you recommend in regards to your publish that you made a few days ago?
Any positive?

Great blog here! Also your site loads up fast! What web
host are you using? Can I get your affiliate link to your host?
I wish my site loaded up as fast as yours lol

Hi there, after reading this remarkable paragraph i am too happy to share my knowledge here with friends.