Book Blitz and Giveaway for Banished by Kimberley Griffiths 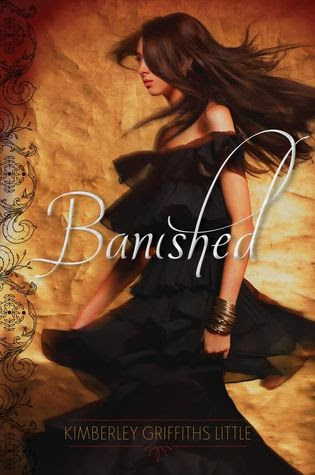 Synopsis:
She thought she’d lost everything . . .

After spending months traveling the harsh, unforgiving Mesopotamian desert, Jayden reunites with a broken, injured Kadesh. Although everyone was convinced the violent and unpredictable Horeb, Jayden’s betrothed, killed the handsome prince, Jayden knew in her heart that her love was alive and safe. But their reunion is short-lived, as they learn Horeb is on their trail and determined to take back the girl he has claimed. Soon, the two star-crossed lovers are on the run toward Sariba, Kadesh’s homeland, where, as heir to the Kingdom, he plans to make Jayden his princess.

But the trek to Sariba is fraught with heartache and danger. After narrowly escaping being stoned to death for a crime she didn’t commit, and learning that her sister has disappeared, Jayden’s only solace is her love for Kadesh. But even he is keeping secrets from her . . . secrets that will change everything.

This gorgeous and enchanting sequel to Forbidden, is full of love, danger, and heated passion that will leave readers breathless. A dirty, callused hand slapped down over my mouth and the stale breath of a man hissed in my ear. “Don’t move or I’ll slit your pretty, little neck.”

I clawed at the stranger’s cloak, trying to push him off, but he was too heavy. A moment later, I realized my ankles were tied together. I couldn’t run, couldn’t even move. Shrieks gurgled in my throat as if I was drowning, his hand cutting off my air.

Only one day into my journey to find Kadesh and I was already dead.

The sharp tip of a blade pressed against my neck, and I whimpered.

“Give me the frankincense of the stranger we killed.” The man’s foul breath dragged across my face. He was referring to Kadesh, the boy I loved, who’d been murdered by Horeb, the prince of my tribe.

With myself as a witness, I’d watched Horeb plunge his sword into Kadesh and then order his soldiers to drag his body off.

Shock flooded me when I realized who my attacker was. I wrenched his fingers away from my mouth and with a raw voice, said, “Gad? What are you doing lurking about the cliffs of Mari?”

This man was a childhood friend of Horeb’s and one of my own tribesmen. His body pressed against mine, and I writhed in disgust.

There was only one reason Gad was in the foothills of Mari, far from the oasis of Tadmur where my tribe camped for the summer. He was a member of Horeb’s army.

Horeb, my betrothed. The man who’d attacked and scarred me. Blackmailed me for the murder of his father to hide the fact that he’d killed his own father so he could steal the tribal crown. 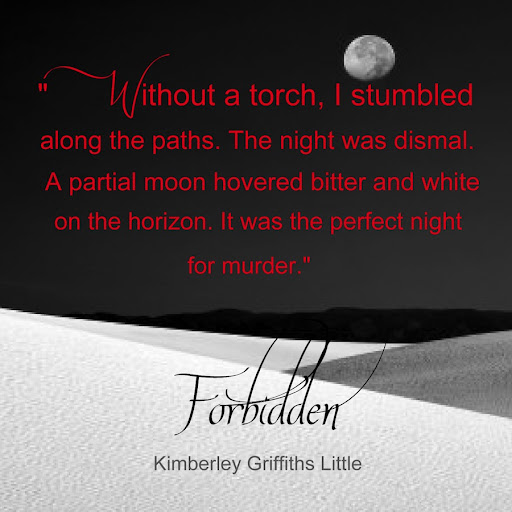 When I was a kid I read a book a day, scribbled stories, and dreamed about having my very own book on the library shelf. I grew up in San Francisco, but now live in an adobe house on the banks of the Rio Grande with my husband and sons. I think I've drunk so much Land of Enchantment water that some of that ancient magic got into my blood and now spurts out my pencil--I mean ergonomic keyboard. I adore anything old and musty with a secret story to tell.

I'm the author of 10 award-winning middle-grade and Young Adult novels with Scholastic and Harpercollins and I make way too many cookies when I'm writing - and I've got the best book trailers in the universe - for reals! Check them out here: www.kimberleygriffithslittle.com. Please find me on Facebook, Twitter, Goodreads, and Youtube.

The excerpt is very intense. This is going on my TBR list!