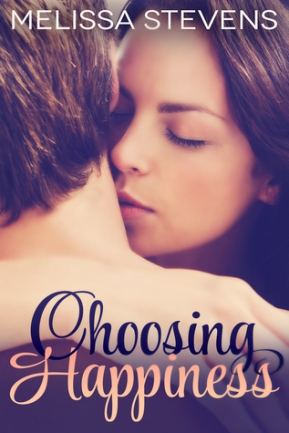 Jake and Andrea met once. When Andrea was in college, Jake came with her brother Ben who was visiting on leave from a deployment in Afghanistan. Now, years later, Jake gets a job in Ben’s home town to be close to his best friend. He hadn’t counted on Andrea. The attraction he’d felt then was still there. And this time he wasn’t headed back to a war zone where he could very well be killed.

Andrea is drawn to the man who calls Ben brother. Something about him speaks to her, but she’s not sure what. She falls into things head first, but when something makes her question how fast things are going she slams on the breaks. Can the two of them figure out what’s going on with them before it’s too late?

BOOM!
"Shit!" Andrea grabbed the steering wheel with both hands and carefully eased the vehicle onto the shoulder. "Damn, damn, damn!" She punctuated each word with a one fisted blow to the wheel.
Opening the door, she carefully stepped out of the car. The thin heels of her shoes sank into the gravel as she gingerly walked around the car to inspect the damage. Sure enough, she'd blown a tire.
She bent, balancing carefully on the balls of her feet and looked into the wheel well around the damaged tire. There didn’t appear to be any body damage, but she’d have to get the tire off to be sure. She stood and cautiously stepped back to the open driver’s door, she’d pulled far enough off the road that passing traffic wouldn’t hit her door, but that meant the blown tire was on the soft shoulder.
"Why now?" she asked the wind. "Why not when I'm wearing jeans and tennies? Or when I don't have somewhere I need to be?" She set the emergency break and had to turn back to flip the switch for the flashers before going to the back. Opening the back gate, she rolled up the carpet to get to where the jack was stored. After pulling it out she used the lug wrench to lower the spare from beneath the small SUV.
"Damn it all," she muttered, wishing she hadn't taken her gym bag into the house that morning. At least she would have had some way to protect her dress, not to mention shoes that would be easier to work in.
Freeing the spare, she grabbed the old blanket she kept in the back for emergencies and partially unfolded it before spreading it out next to the shredded tire. After retrieving the good tire and the jack, she kicked her heels off, preferring to work barefooted over trying to balance on the spikes.
She struggled for several minutes but managed to loosen the lug nuts so the tire wouldn't spin in the air if she tried to do it later. Once she had all the nuts loose, she bent low so she could see under the tilted frame, and placed the jack in the right spot.
Her head was still under the car when the pop of tires on gravel told her someone had pulled off the road behind her.
"Need some help?" A deep masculine voice asked as she pushed herself to her feet. When she saw him she stopped short for just a moment. Something about this man niggled the back of her mind, told her she'd seen him before. He was tall but not bulky and the snug fit of his t-shirt and jeans told her he was all muscle. Something about him called to her and made her stomach flip-flop. She couldn't help but smile as he approached wearing a friendly smile under his baseball cap as he offered his assistance.
"I'd appreciate it," she admitted. "Normally I'd have no trouble doing it myself but I'm not exactly dressed for the job." She spread her arms wide, showing off her turquoise dress. It was cut to flatter her thick frame, showing off all her curves well and stopping just above her knees.
"At least you had the sense to lose the heels." He took her place beside the car and bent to check the placement of the jack before he started lifting the car. "You already break the nuts?" He stopped and looked at her for a moment before the tire cleared the ground.
"Yes." She stepped back into her shoes and tried to stay out of the way as he finished changing her tire and put the blanket and damaged tire into the back of the vehicle. "Thanks so much." She extended one hand. "Can I get your name? I'd like to do something to thank you. This has been a huge help."

"It's really no problem. My name's Jake, Jake Walters." He took her offered hand and shook it. "But you don't have to do anything, it's always a pleasure to help a pretty lady, especially one dressed so nicely." He looked her up and down again, from the top of her head where her hair was pulled back in some elaborate style, down her curvy body, and well-shaped legs. He liked what he saw. She hadn’t changed much in the years since he’d first met her.
"Now I remember.” Her eyes widened and a smile bloomed across her face. "You're Ben’s friend. He brought you home with him on leave a few years ago."
"I am."
"You here for the wedding?"
"Yes and no. I’ll be there, but I've recently moved to the area."
"That's great.” A car blew past them on the road, barely slowing as it went by. “Look, I'm sorry to do this but I've got to go. I'm late already."
"No problem. I'm sure I'll see you around."
"You probably will. That tends to happen in a town this size." 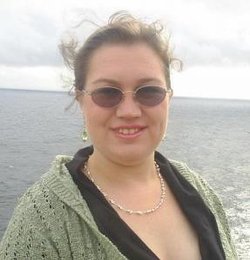 Melissa was born and raised in Arizona, she's spent her entire life living across the southern half of the state. She's found that, along with her husband and three children, she prefers the small towns and rural life to feeling packed into a city.
She started reading at a very young age, and her love for series started early, as the first real books she remembers reading is the Boxcar Children series by Gertrude Chandler Warner. Through the years she's found that there's little she won't read, and her tastes vary from westerns, to romance, to sci-fi / fantasy and Horror.
She's been writing since 2009, and enjoys nearly every minute of it.