Tour Review for Entice (Hearts of Stone, #2) by Veronica Larsen

Turns out I’ve been faking being an adult.
My job?
My apartment?
The pretty life I've built?
Let's just say I've made some mistakes.
I'm knee-deep in the mess I've made when I find him.
Tall, dark-haired, and rough around the edges.
The boy I never noticed is all grown up, in all the right ways.
And he's not about to let me forget it. He can try to pretend he's immune to our attraction. I'm trained in the art of persuasion and I love a challenge.
But how can he know the answers to questions I haven't thought to ask? I’ve been putting out fires, fighting like crazy to get my life back on track. And this man? He acts like he knows who's holding the match.
Maybe there's no such thing as mistakes.
What if it's all just sabotage?

High school is hard, but when you are in love with a girl that doesn’t even know your name you learn that school isn't the worst part. It's being yourself, because you don't know who you are.

After years of watching Emily from a distance, Owen has finally the chance to speak to her, to make her see him. But the message sent through her boyfriend is enough to make him realize that he needs to change.

Years later, Emily comes back to San Diego after losing her job. It was meant to be just a visit but when she discovers that her ex-boss is telling everyone not to hire her, maybe it's time to come back home and have a fresh start. Everything has changed in the two years since she had last visited, including Lucas Grand, the man that had always listened to her problems. Now, at the dinner, she finds a younger version of Lucas, a hotter version.

Owen has the dark vibe she likes in a man. Learning that they studied at the same school and that he was obsessed with her is the common ground to know each other better, much better. And for a while everything seems fine, even London, Owen’s nine year old son likes her. But every calm sky is followed by a storm.

I liked to see the way Owen had grown up, from the shy litter boy to the well built cop. He is the stoic cop who tries to build a relationship with his son but when he sees Emily again, he knows that the words he had written to her years ago are still true - always.

She is always in his head and a chance with her is more that he had asked. He is sweet and tough at the same time. Emily is just the drop of adventure that he needs. But time didn’t cure her of her old ways of dealing with problems.

I liked the way Emily's relationship with her sister Lex developed as well as Owen and London’s, because both Emily and Owen exist inside their relationship but also outside of it. Both Owen and Emily had alcoholic parents and both followed in their steps but they learned something, they changed.

I feel that if I looked out my window I could see Emily and Owen, that's how real they seemed to me. Not just another romance book but a real life story.


SOME QUOTES I LIKED

I'm the guy pining over the girl who not only doesn't know who I am, but is in the bathroom crying over another guy, altogether. To say I'm pathetic would be an understatement.

Trying to keep a man in a relationship is like trying to keep a lion as a pet. You know they are inherently wild beasts, dangerous even. But when they come up and sniff your face, you start to think they're just misunderstood. They make you feel good about being able to tame them, feed them, learn their moods. Except they're never really tame. They're waiting for the moment when you leave the gate unlocked so they can eat you and run out to terrorize the neighborhood. It happens all the time.

In the end that's all that matters. Not what you want. Not what you feel. Not your words. Your actions. The things you actually do.

Some relationships are toxic. Trying to maintain them for the sake of it is like allowing a disease to eat away at you when you hold the antidote. 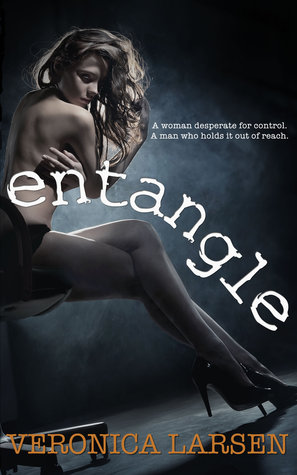