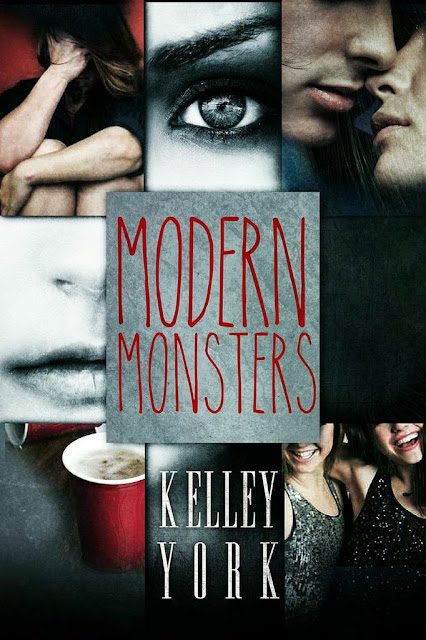 Vic Howard never wanted to go to the party. He’s the Invisible Guy at school, a special kind of hell for quiet, nice guys. But because his best friend is as popular as Vic is ignored, he went…

And wished he hadn’t.

Because something happened to a girl that night. Something terrible, unimaginable, and Callie Wheeler’s life will never be the same. Plus, now Callie has told the police that Vic did it. Suddenly, Invisible Vic is painfully visible, on trial both literally, with the police, and figuratively, with the angry and judgmental kids at school. As the whispers and violence escalate, he becomes determined to clear his name, even if it means an uneasy alliance with Callie’s best friend, the beautiful but aloof Autumn Dixon.

But as Autumn and Vic slowly peel back the layers of what happened that night, they realize that while the truth can set him free, it can also shatter everything he thought he knew about his life…

I pause, listening. Mom’s footsteps. Answering the door and saying worriedly, “Hello? Is everything okay?”

There’s an undercurrent to her voice that draws me from bed to poke my head into the hall. Beyond Mom stand two police officers, a man and a woman, and their eyes immediately move from her to me.

“We’re looking for Victor Howard. Is he home?” the lady asks.

“Victor is…” Mom turns, eyes wide and worried as she looks at me. “He’s right there. What’s going on? What is this about?”

The male responds, “Just have a few questions for him, is all.”

It takes effort to force myself slowly out of my room and down the hall. My chest is tight. “U-um, I’m V-Vic.” Stupidly, I offer my hand out to them, unsure what else to do. They glance at each other. Neither of them takes my hand.

“I’m Detective Sherrigan and this is Detective Carter, Waverly Police Department,” the man says. “We came to ask you about a party you were seen at Friday night.”

My insides are mush and my legs are jelly. I slowly lower my hand, watching Mom from my peripheral. As she steps aside to let the officers in and shut the door, her eyes are so wide that I’m expecting them to fall out of her head. Oh. The explaining I’m going to have to do after this will be amazing.

Sherrigan writes this down in his notepad. Carter remains poised, hands folded in front of her and expression grim. “Do you know a Callie Wheeler?”

My spine stiffens. “Is she okay?”

While Sherrigan is portly and looks like he’d be a nice guy any other day of the week, Carter is the sort of cop you don’t want to mess with. Short. Hair pulled back into a serious bun, ruby-red lipstick that makes her look like she just tore out the throat of her enemies with her teeth. She doesn’t look impressed by me in the least. “Care to tell us what happened with Callie at the party that night?”

“I was at the p-party and she was, was, um, th-throwing up outside.” The words are coming harder, catching in my throat, tripping over my tongue. My hands are cold, clammy, made worse by my inability to get the words out as quickly as I want to. I can picture them in my head, but they’re getting lost somewhere in translation. “S-s-so, I…I…”

I breathe deeply. Try to start over. One sentence at a time. “I…took her upstairs. B-because, um, she was…drunk. Put h-her to bed and…and…that w-was it.” I look between the two of them, increasingly unsure if honesty is the best response right now. “Is she okay?”

“No, Victor, she’s not okay.” Carter dips her chin and peers over the top of her sunglasses. “She was raped.”

“Raped,” I repeat, because the word doesn’t have any meaning right away. It takes a second to process it, to digest it, comprehend its meaning. Rape. Any act of sexual intercourse that is forced upon a person.

The word flow stops all together. I stare dumbly at the detectives.

“I’m afraid I don’t follow.” Mom’s voice is a few octaves higher than usual. It happens when she’s anxious. “Is that all you came to ask him? Obviously he doesn’t know anything about this.”

Sherrigan turns to her, but I don’t think his eyes ever really leave me. “Ma’am, your son is being accused of raping Callie Wheeler.” 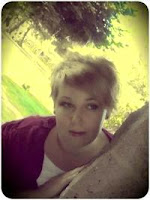 "I like unicorns and cats and games...and stuff..." - quality author quote by Kelley

Kelley York was born in central California, where she still resides with her lovely wife, step-daughter, and way too many cats, while fantasizing about moving to England or Ireland. (Or, really, anyplace secluded.) She has a fascination with bells and animals and Disney. Her life goal is to find a real unicorn. Or to at least write about them. She occupies her spare time with video games,designing covers, playing on Tumblr, and watching anime.

Kelley is a sucker for dark fiction. She loves writing twisted characters, tragic happenings, and bittersweet endings that leave you wondering and crying. She strives to make character development take center stage in her books because the bounds of a person's character and the workings of their mind are limitless.