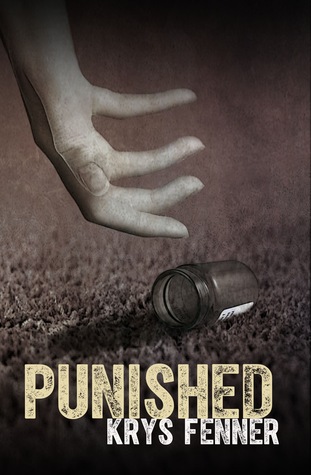 Hope springs eternal for everyone except Bella Kynaston. She survived the rape, but making it through the trial is another deal all together. As lies come forward, more questions arise leaving Bella to suffer more punishment than she believed she deserved. Sometimes ending it all seems like the only answer. Will she find the peace she so desperately seeks if the pain permanently ended?

Jeremiah believed he’d done the right thing, even if the timing hadn’t been ideal. The only way to protect Bella was if he stayed out of her life. Or so he thought. When Bella starts dating David, Jeremiah thinks David could save her. As it turns out, things progressively get worse. Could Jeremiah be the solution? If so, can he get to her in time? Or will he suffer the worst punishment of his life and lose her forever?

“What about this?” Alex stepped out in a tight, black miniskirt. The black should’ve washed out her white legs, instead the girl had an ethereal beauty to her skin.

Bella snorted a tiny giggle and whipped a hand to her mouth to stifle what intended to escape.Alex crossed her arms. “You’re screwing with me.”

“Marko’s going to be at the party.” Alex flushed.

“I’ll take your word for it.” Bella grinned. “Try something else. You might give the poor boy a heart attack in that skirt.”

Alex brushed the skirt down and glanced at her legs. Self-loathing flitted across her face. She nodded and disappeared back into the changing room. Bella sighed. She hadn’t meant the comment to come off negative. It was supposed to be a compliment, but it appeared her friend hadn’t taken the words to mean something positive.

“No, no. It’s okay. You’re right. I’ll just change into something else.”

How could she forget her friends had their own demons? Alex had never accepted she was beautiful. The girl was tall, thin and her skin was flawless, but she could pinpoint everything that was wrong with her body. Now that Bella thought about it, she had never seen Alex in a skirt. Alex had often complained about her legs. They were too long, they were too pale, people could see her freckles. Lord, she was so stupid. She enjoyed teasing her friend about all the jeans thegirl had tried on, Bella hadn’t thought twice when she commented on the skirt. Someone or something brushed up against Bella’s back. She flinched at the sensation and her whole body stiffened at the touch. No one would put their hands on her again. She spun around and swung wide. The palm of her hand landed across the face of some guy behind her.

It was just some stranger. And he probably hadn’t meant to bump into her. Shit! Bella shoved a hand through her hair and inched backwards. She panicked at even the slightest hint of anybody’s hands near her body. Surely it wasn’t done on purpose, but that never mattered. “I... I... I’m sorry.”

“Get a grip, would ya? Sheesh.” The guy turned and walked away.

Bella backed into the wall and jumped at the feel of the hard surface. With rapid breaths, she gripped her head and slowly dropped to the floor. This wasn’t the first time she’d hit some random person. Her body had its own time bomb triggered by the slightest hint of touch. Weren’t things supposed to get better with time? She’d even talked to the freaking doctor her parents asked her to see. Nothing improved. It all worsened every day that passed.

“B, come on. You’re okay.” Alex crouched down beside Bella, who rocked back and forth and sobbed.

The world was a horrible place. How could she think any differently after all that happened to her? That monster invaded her life and stole all she had. She still lived, even though it seemed like everything would be better if she hadn’t survived at all. The pain she carried in her chest wouldn’t exist. The fear she faced every time she left her house would be gone. There would be only peace.

“Just give me a few minutes with her.”

Peace. No heaven, just peace. Bella hiccupped and her tears quietly subsided. Was a soothing calm too much to be asked? She just wanted her old life back. The time she had with Jeremiah... Oh God! No, she couldn’t think about him. The hole he left in her heart magnified the pain she felt from the attack. Why? Why had this happened to her? She was a good person.

Nothing about her life made sense anymore. Everything spun out of control. Someone had to take the reins. She wasn’t sure how much longer she could hold onto them.

A relaxing steady voice. It was what she needed when these things happened. Someone to comfort and calm her. To take control of the situation without reassuring her with touch. Just the voice pulled her out of her head. Bella lifted her gaze and blinked unshed tears from her eyes.

“Yeah, B. Everything’s okay. Come on, take a deep breath with me.”

Bella hiccupped a deep breath as her friend directed. Another followed and the darkness reluctantly disappeared. “It happened again.”

As instructed, Bella stood. She wiped at her face and sniffled. “I should go.”

“Okay. Just let me change back into my clothes and we’ll leave.”

“Not the store. I need to leave the mall. I need to go home. Stay and shop. You need something for the party tonight.”

Alex shoved her hands in the pockets of the black jeans she’d tried on once before. “Are you sure?”

“Yeah.” Bella walked around Alex toward the front of the store and paused mid-step. She had to make things right with her friend. “Get the skirt. Marko won’t be able to resist you.”

At the age of 16, Krys Fenner fell in love with Psychology and Creative Writing. At that time she wrote her first short story dealing with sexual abuse and forgiveness. Psychological issues in her family filled her with the desire to help others using her own experiences. So in 2004, she earned an Associate of Arts in Psychology. And while her sister is the one with dreams of becoming a Psychologist, Krys Fenner returned to Creative Writing. She is currently working on a Bachelor of Arts and plans to continue on to a Masters degree, where she can major in her first love (Creative Writing) and minor in her second (Psychology).

What a sad book! I hope Bella knows what's best for her!

Thank you for the chance!!!