Exiled from the Anathema MC, Brew Darnell escaped the bullet only to face the unforgiving solitude of the road. With no future before him, Brew battles his past and vows to protect the one he loves the only way he can—by hunting the man who destroyed his family, devastated the Anathema MC, and betrayed every promise he ever made.

Trapped in an abusive relationship with a sadistic biker, Martini Wright learned to manipulate, controlling her boyfriend’s temper with a wink and a smile until she’s traded as collateral to a rival MC. Her captor, Brew, has never trafficked a woman before, and Martini intends to exploit his guilty secrets to escape. Caught in the middle of a gang war, Brew and Martini fight a dangerous attraction—a second chance to heal from the mistakes of their past if they can confess the terrible truth.

Brew failed his family before, but Martini can still be saved. With redemption delivered at the edge of a blade, Brew must choose who to rescue—the one he already lost…or the love he never deserved.

I regretted stumbling off the motorcycle. I lost my formidable seat of power, my only defense against the man who protected his bike like it was his only possession.

Noir was a large man. His shadow darkened me in his strength, his brawn learned on the streets, built and strengthened for necessity, not vanity. He dressed in riding leathers. Head to toe. Leather jacket, gloves, belt, pants. Some men wore it to look formidable, a declaration of their toughness and an invitation for trouble. Noir didn’t need to threaten.

His very presence menaced. His eyes burned an intense and furious shadow. He searched the parking lot for threats and looked at me like a problem to be hauled away.

I had no idea what happened to this man to make his eyes so hard, his squared jaw so practiced with grimace, and his body taut with unspoken violence. It might have once enticed me. Now, I wasn’t so sure.

This man was danger—a desperate beast lurking in the shadows of a pride he once ruled. He regretted his every breath and coiled for a battle life hadn’t yet offered. No road was long enough for him to outrun the chasing demons, but his bike delivered him beyond the sins quaking in his wake.

He was the same kind of mistake I made again and again.

Except this time I wasn’t teasing to get on his bike. This time, I had no choice but to greet the monster who’d command my next hundred and fifty miles. He thought he’d be the dangerous one.

He had no idea what he was getting us into.

My stomach clenched as he approached. His expression hardened like steel, and the sparks of his impatience scorched every part of me. 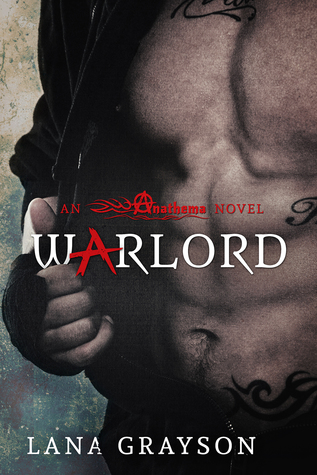 Lana Grayson was born to write romance. Her favorite genres range from the dark and twisty to the lighthearted and sentimental—as long as the characters are memorable, the story is fun, and the romance is steamy. Lana lives in Pittsburgh with her husband, and, when she isn’t bundled in her writing chair, she’s most likely cheering on the Steelers or searching for the ‘Burgh’s best Italian restaurants.