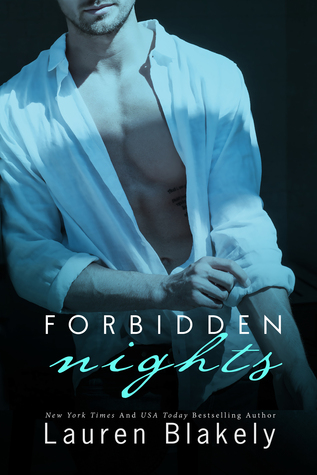 She has been the star of his dirty dreams for years.

Sexy hotel CEO Nate Harper has lusted after his good friend Casey Sullivan for a long time, and she’s cried out his name in pleasure countless times in his fabulously filthy fantasies. But even though he’s quite skilled at pleasing a woman, he won’t act on his intense desire because he knows he’s no good for her. After the kind of hurt his ex inflicted on him, he’s a committed playboy for life, and Casey only wants true love.

All that changes one hot night when she comes to him with a proposition he can’t resist — she wants him to teach her to be submissive in the bedroom. Casey soon learns how very much she likes letting go of control to him. She’s never been more turned on in her life than she is in Nate’s arms. And he’s never been more taken by a woman.

What happens when years of desire and lust ignite a passion that can’t be denied?

I can't wait to introduce readers to Nate Harper and Casey Sullivan. They’re a dynamic duo and many early readers are saying this is their favorite story yet! Nate knows exactly who, and what he wants, and is thrilled when the opportunity he’s dreamed about for years presents herself to him. Expect many steamy encounters between these two!

As soon as Bryan and Kat left, Nate shut the door, then locked it. She glanced quickly behind her at the window that provided a view of the sea of rabid fans. The stadium shook with excitement. Cheers from the crowd vibrated throughout the house of Ruth. Nate stalked down the three steps separating them. When he reached her, a vein twitched in his neck. His mouth was a ruler-straight line. His jaw was set hard. His stare undressed her.

“I was wrong,” he said. Each word possessed a hard edge.

“Wrong about what?” Was he talking about the dress? Or about wanting to be her teacher? God, she prayed he wasn’t backing out.

“I was wrong about tonight’s lesson. It’s not spanking.”

“It’s role-playing.” His voice was hot and rough. His dark eyes prowled over her body.

“What kind of role playing?” She didn’t even bother to hide her nerves, but the nerves also excited her. Or maybe he was simply the one who excited her. It seemed whatever he did turned her on. The fact that he was standing here, a solid mass of muscle and strength, of extreme and utter sexiness, sent shivers across her skin. She drank him in: the wavy mess of his golden brown hair, the stubble lining his jaw, the exposed patch of skin on his chest where the top two buttons of his white shirt were undone. All of it, all of him, made her tremble with want.

He took one step closer, and reflexively she backed up so her spine hit the wall behind her. She was caged in, and against her better judgment, she liked it. She liked the fact that it was starkly quiet inside the suite, and that it was intensely noisy outside, a white noise that masked all that she was feeling.

“I’m going to be playing the role of the jealous lover,” he said, his voice still laced with the same  frustration she’d picked up on earlier. Was he annoyed with her?

“I’m the jealous lover who can’t stand the thought of his woman wearing a gorgeous, stunning, absolutely fucking breathtaking dress on a date with another man.”

A wild thrill rushed through her veins from his words and what they meant. “But I thought you didn’t like the dress?” she asked, coyly, playing along.

He lifted his hand and brushed the tips of his fingers against her wrist. She shuddered from that one subtle touch. Her body begged for more, and she was almost ashamed at how much desire flowed through her bloodstream right now. She hadn’t been completely aware of how very much she had wanted to see him tonight, of how truly disappointed she had been for the first eight innings that he wasn’t here by her side. Now that he was here, she wasn’t sure how she’d survived the game without him.

He brushed his fingers along her arm, across the crook of her elbow, and up to her shoulder. Goosebumps rose in his wake.

“I don’t like the dress if you wear it for another man,” he said, keeping his eyes locked on hers the whole time. “And sometimes that means I’m going to act like a dick and tell you I don’t like the dress at all.” He brought his hands to her hair and she wanted to cry out because it felt so fucking good to be touched by him like this, with hands that were both tender and completely possessive. He speared his fingers into her hair. “But what I really don’t like is the idea that another man might look at you in it, and want to touch you the way I touch you.”

He leaned into her neck, and pressed his lips against her skin. There was nothing gentle in the kiss. His lips were hot and angry, and she felt his teeth nip her skin. A sting of pain raced through her, but it was a good pain, a pain that made her long for more.

Lauren Blakely writes sexy contemporary romance novels with heat, heart, and humor, and her books have appeared multiple times on the New York Times, USA Today, Amazon, Barnes and Noble, and iBooks bestseller lists. Like the heroine in her novel, FAR TOO TEMPTING, she thinks life should be filled with family, laughter, and the kind of love that love songs promise. Lauren lives in California with her husband, children, and dogs. She loves hearing from readers! Her bestselling series include Caught Up in Love, Seductive Nights, and Fighting Fire. She recently released Nights With Him, a standalone novel in her New York Times Bestselling Seductive Nights series that became an instant New York Times Bestseller. Her next book in that series is Forbidden Nights, releasing in early 2015. She also writes for young adults under the name Daisy Whitney. To receive an email when Lauren releases a new book, text BLAKELY + your email address to 678-249-3375 (please use the actual + sign)